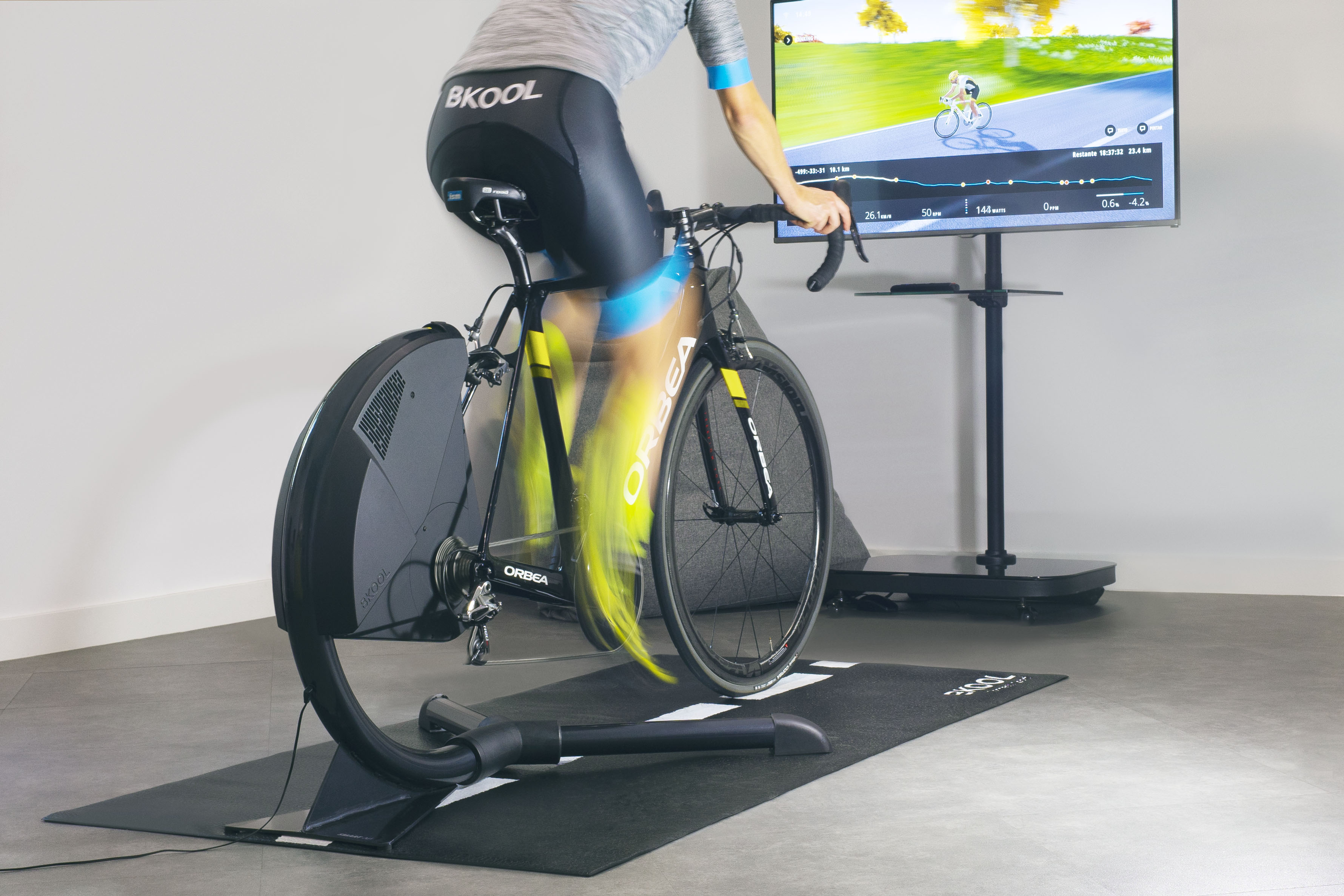 This direct-drive bike trainer rocks side to side when you stand and climb, better simulating riding outdoors.

The best indoor bike trainers have done a good job of simulating outdoor cycling, replicating the feeling of hills, resistance, and even headwinds. But one big fail for indoor trainers has been their inability to move side to side like a bike on the road. A bike on a trainer feels locked in. Stand and climb when you’re outdoors, and the bike moves underneath you. Clamp your bike into a trainer, and it stays upright. 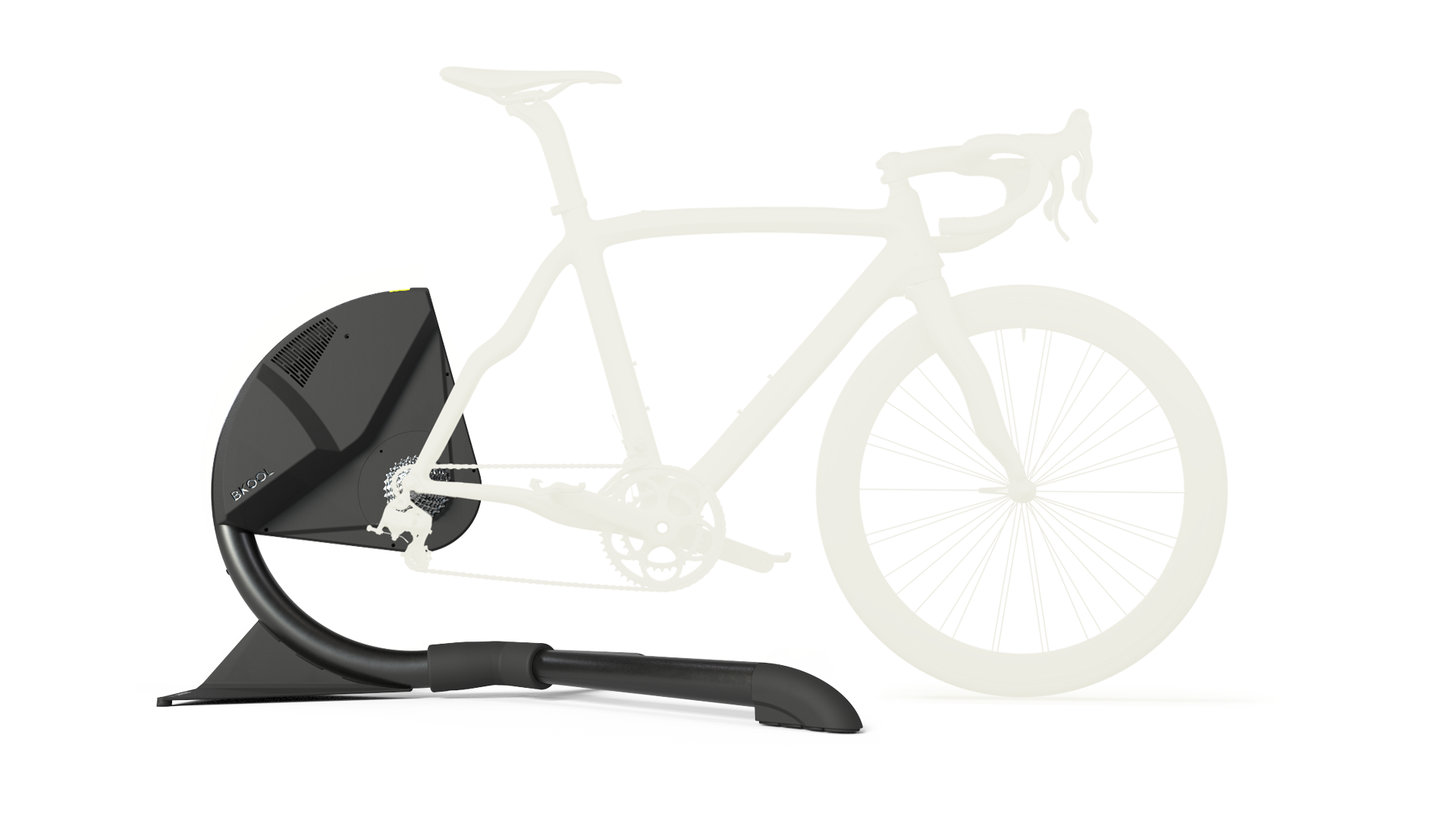 Bkool solves that problem. It gives riders a more realistic feel with its Smart Air trainer. It’s available now in Europe and due to arrive stateside in January 2019. The new trainer has all of the features cyclists expect from a smart trainer — sensors for power accuracy, near-silent operation, the ability to simulate slopes, and more. But the big innovation is the Air’s ability rock up to 6 degrees to each side when you’re standing and climbing. It gives a more realistic feel.

Bkool’s Smart Air uses infrared sensors and a 27-point calibration for the most accurate power calculation possible — within 2 percent throughout the ride. Previous Bkool trainers used only a few calibration points. And on many trainers, electromagnetism and your power readings change as the flywheel gets warmer.

On the Air, infrared sensors measure the temperature of the resistance-creating magnets and adjust calibration based on temperature to provide consistently accurate power numbers.

The trainer can generate up to 3000 watts of resistance, which even the most powerful riders won’t max out. It can simulate slopes up to 25 percent — ouch — and reach speeds of more than 43 mph.

The trainer isn’t designed to drive your bike’s rear wheel on virtual descents. Instead, it uses inertia-simulation algorithms to calculate virtual speed and to adjust the trainer’s resistance based on theoretical accumulated momentum.

That’s a lot of science talk. What it means is that when you’re riding the trainer, your bike’s resistance and speed will feel steady and natural whether you’re on one of Bkool’s 4.2 million online routes, 700,000 3D routes, 3,300 routes with on-location video; its velodrome, workout, custom training routes; or a virtual route you created based on your own favorite ride.

You won’t spin madly — the cycling equivalent of freefall — or have to grind downhill. 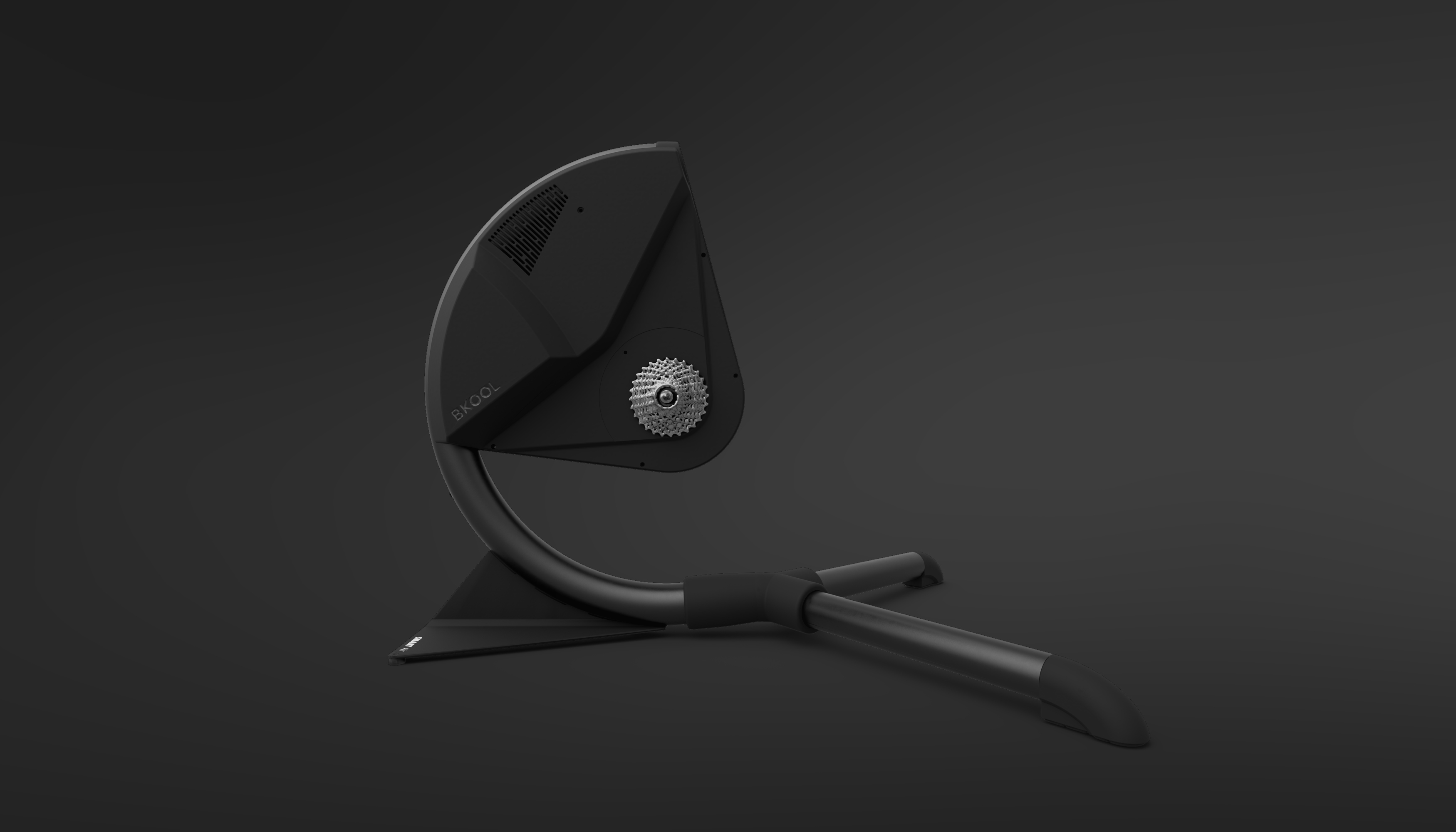 The Air is compatible with standard QR skewers or 12mm thru-axles. You can mount nearly any bike you want to ride. The freehub body accepts 7- to 11-speed Shimano and SRAM cassettes as well as SunRace 12-speed cassettes.

ANT+ FE-C and BTLE let you connect sensors and electronics to Bkool’s Simulator app and to online rides at Bkool, Zwift, or other cycling programs compatible with ANT+ FE-C. The Bkool app also works with other smart trainers and sensors. 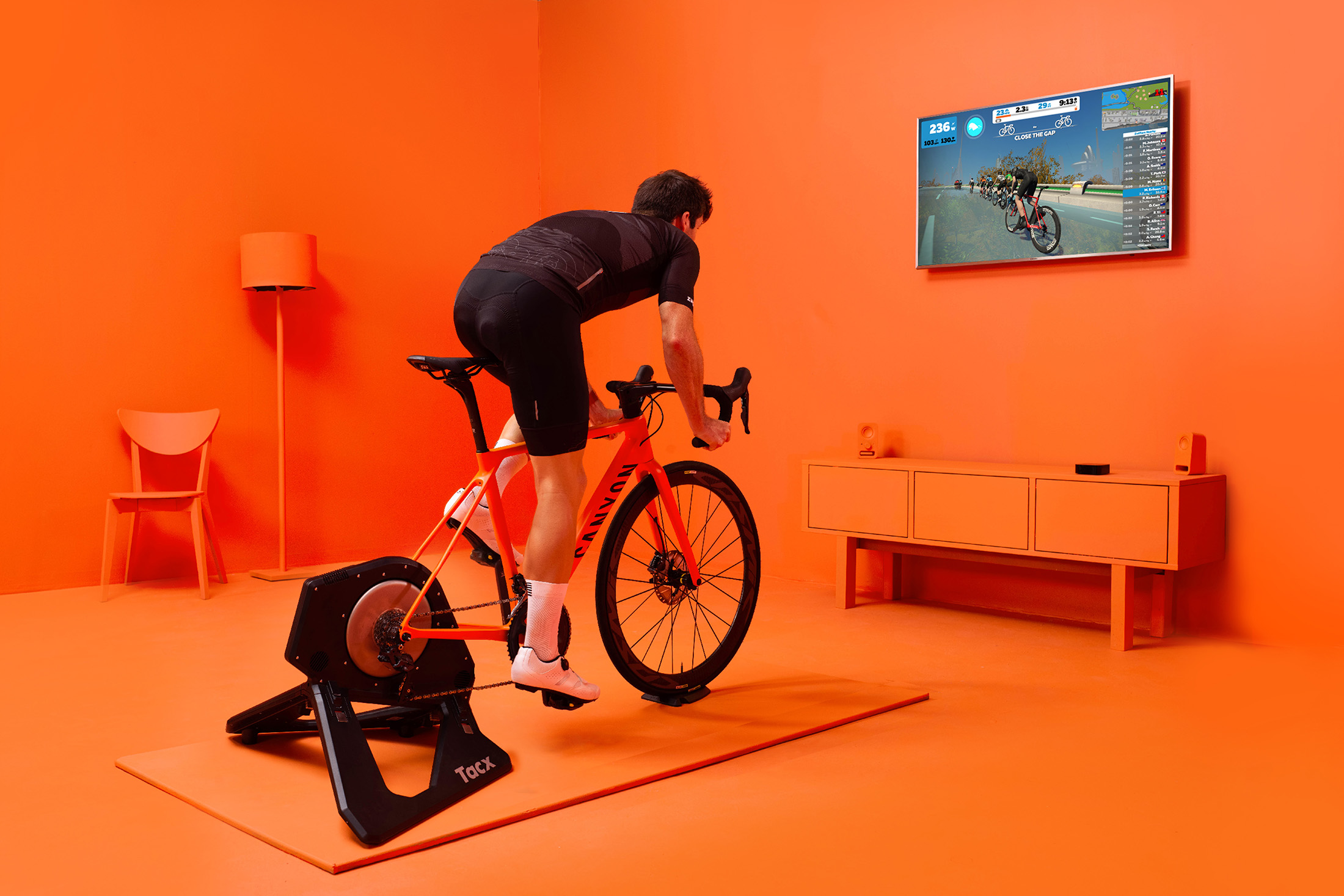 Tech startup Zwift is getting a big boost to gear up its already popular interactive indoor cycling platform. Read more…

“It’s the quietest trainer we’ve ever made, and with the Air’s side-to-side rocking motion, you can really stand and attack the hills and sprints without feeling like you are bolted to the floor,” said Brian Orloff, country manager for the U.S. market. “Indoor riding has become so realistic that it should be more than just about increasing strength during the offseason. It should help you become a better rider.”