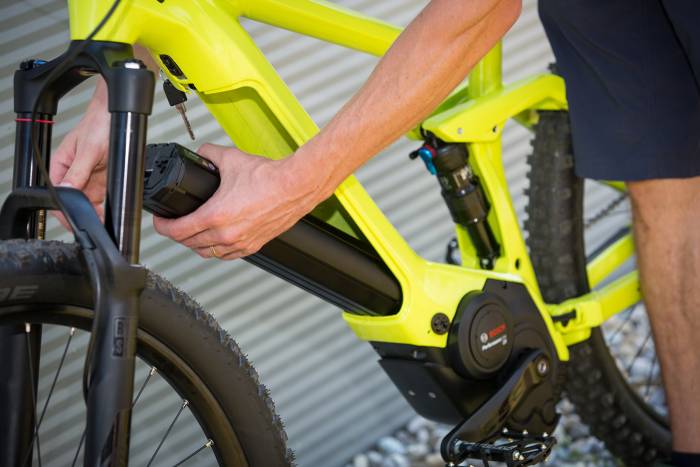 Crack open the frame, plug in the battery, and snap it back together: Bosch’s latest e-bike innovation hides the power inside the bicycle.

As e-bikes continue their motorized infiltration of the bicycle industry, riders seek more ways to blend in with the non-motorized crowd. From packing all the power into the wheel to outlandish builds meant to intrigue, e-bike design skews toward the nontraditional.

And this week Bosch, the world’s most prominent supplier of e-bike systems – batteries, motors, etc. – unveiled its stealthiest power pack yet. The PowerTube 500 sits inside the bike frame, completely out of view. And according to the brand, it works in various types of bikes and can load from the bottom, side, or top of the frame tube. 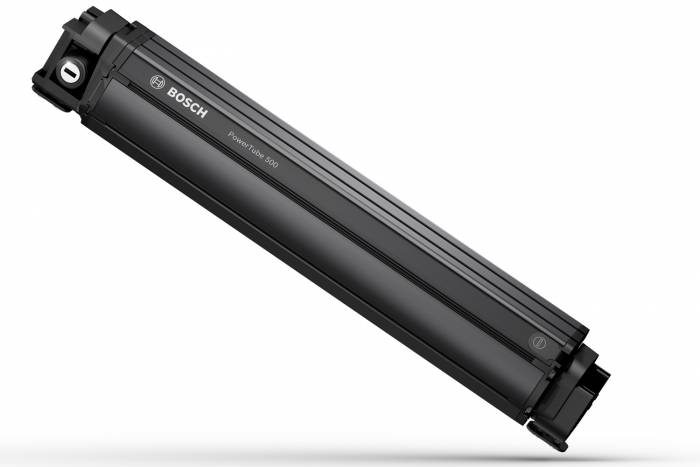 The PowerTube 500 unveils this week at the Sea Otter Classic in Monterey, Calif. The battery promises to become the next evolution of many popular e-bikes. Raleigh and Haibike will be among the well-established brands demoing the system at the show.

As the name suggests, Bosch’s PowerTube will pack 500 watts into a 13.7-inch-long cell. And while Bosch claims it’s “one of the lightest batteries currently on the market,” the PowerTube comes in at 6.2 pounds. That makes it a few ounces heavier than the previous non-hidden 500-watt battery. 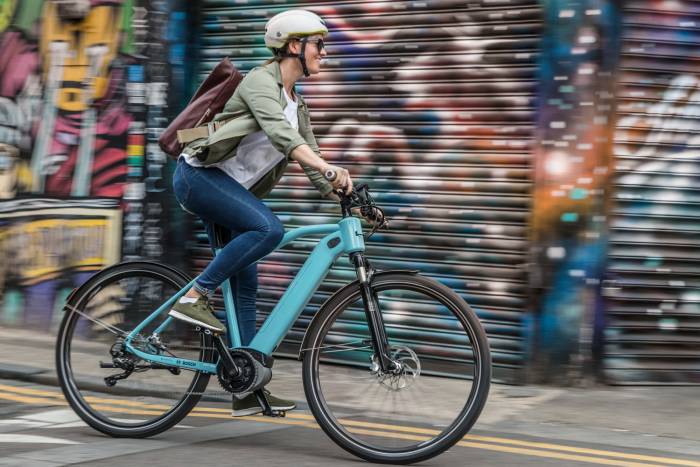 The brand notes the PowerTube 500 is compatible with all Bosch e-bike systems. And it can be charged directly on the frame. Plus, manufacturers will have freedom to design a bike that utilizes the PowerTube on the top, down, or seat tube.

Bosch touted the battery’s versatility, saying it is suitable for city bikes, roadsters, and e-mountain bikes. The brand also nodded to the in-frame battery’s “safety device [that] prevents the battery from falling out.” It locks into a place with a “two-stage mechanism,” and it clicks out of the frame by less than 1 inch. 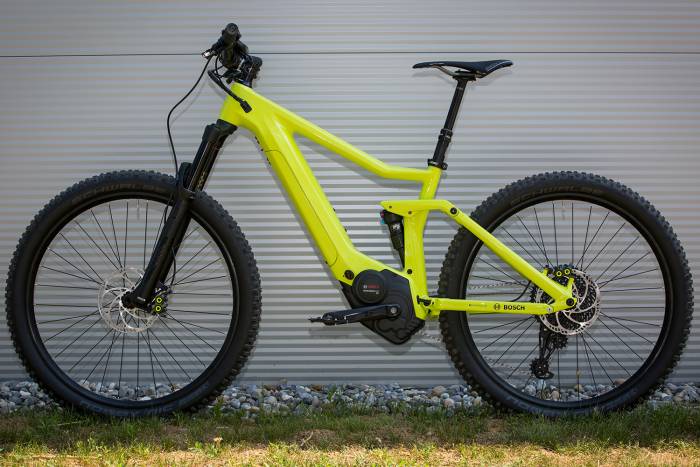 Images of the system show frames built to accommodate the battery with snap-open down tubes. When closed, it appears the battery compartment is completely concealed.

But concealed batteries themselves aren’t new. Lesser-known brands like Jetson and Stromer offer purpose-built e-bikes with in-frame power, ranging from 250 to 800 watts of power. Even Specialized launched the Turbo line of road- and mountain-ready e-bikes with hard-to-spot batteries. 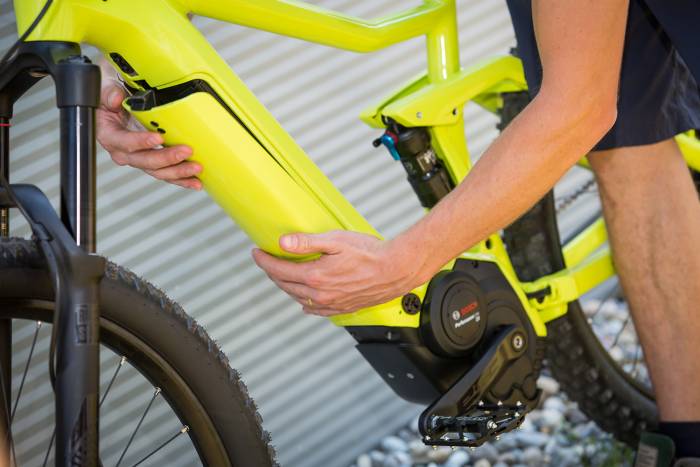 Bosch’s launch will allow other manufacturers to build a variety of different bikes around the PowerTube platform. Thus it will cater to different riding styles and brand preferences.

With it, the only way to tell if someone is packing a PowerTube will be how fast they shoot past you.