Curtis Inglis got fired from his first job at a bike shop. Thankfully, he didn’t let that stop him. And he went on to help shape the future of the bicycle industry.

Whether you’re a bike geek or casual rider, custom frame builders have likely impacted your current ride. And while many custom frames are pushing the boundaries of design and materials, one frame builder has been using classic styling and modern geometry to continue to shape what, how, and where we ride.

If you’ve spent any time drooling over bikes on Instagram or sites like The Radavist, you’ve probably seen one of Curtis Inglis’ bikes. Inglis, the craftsman behind Retrotec bikes and Inglis Cycles, parlayed a summer job into a career and has been cutting top tubes in Northern California ever since.

Inglis, now 50, learned to weld in the Air Force.

“That set me on the path to fabricating bikes,” he told us of his start at 23 in the early ’90s. “Back then, Napa didn’t even have mountain bikes. It was just starting to blossom,” he said.

Inglis was already into bikes, having two parents that heavily embraced the sport. But it wasn’t until he rode his first mountain bike, a Diamondback Apex, while studying for his drafting certificate in 1991 that he fell in love. It was like being 12 again. “I just got to go over, not around, the log!” he remembered.

Retrotec and Where It All Began, Chico, CA

Self-taught Bob Seals started Retrotec in 1992 when he started racing his modified swoopy-tubed, single-speed mountain bikes at the local scene. And if the classic beach cruiser style didn’t stand out enough, he showed up wearing only a speedo. 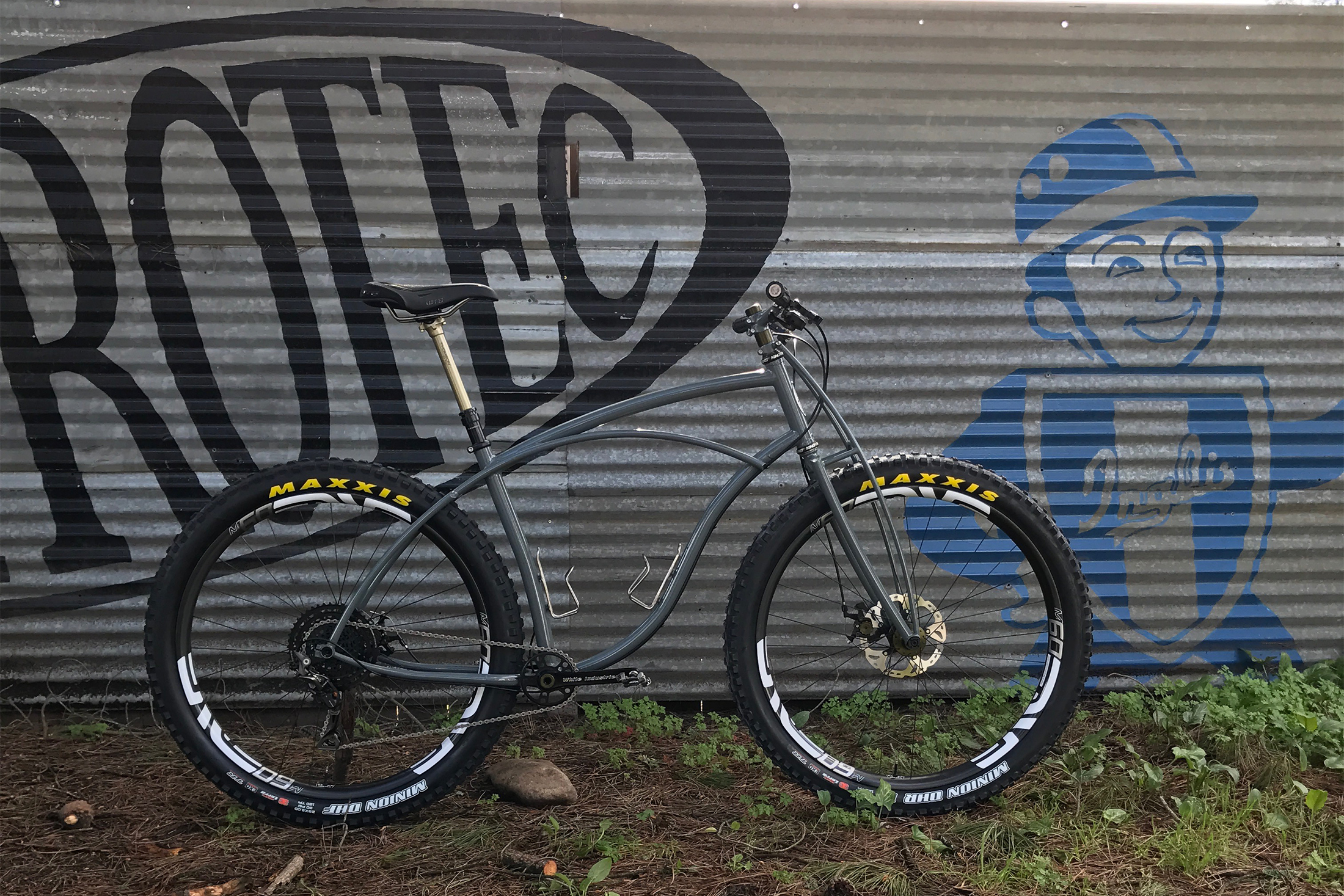 Needless to say, people noticed. Including Inglis. The thrill of mountain biking had struck Inglis hard. Shortly after Retrotec was born, Seals’ welder left, and Inglis jumped on the opportunity to move to Chico and fill the void. What was originally going to be a summer job turned into 3 years that would define his future.

Seals quickly moved on to other ventures, and, with his blessing, Inglis moved Retrotec to San Francisco in 1995. But with curvy top tubes going out of fashion and very few orders coming in, Retrotec’s future was uncertain. Enter Inglis Cycles.

In 1996, Inglis wanted to offer more than classic, curve-tubed bikes. He started Inglis Cycles — a more traditional straight tube frame design — to be able to offer customers just about anything they could want. He continued to build trail-worthy mountain bikes under both names part-time while experimenting with some new ideas. 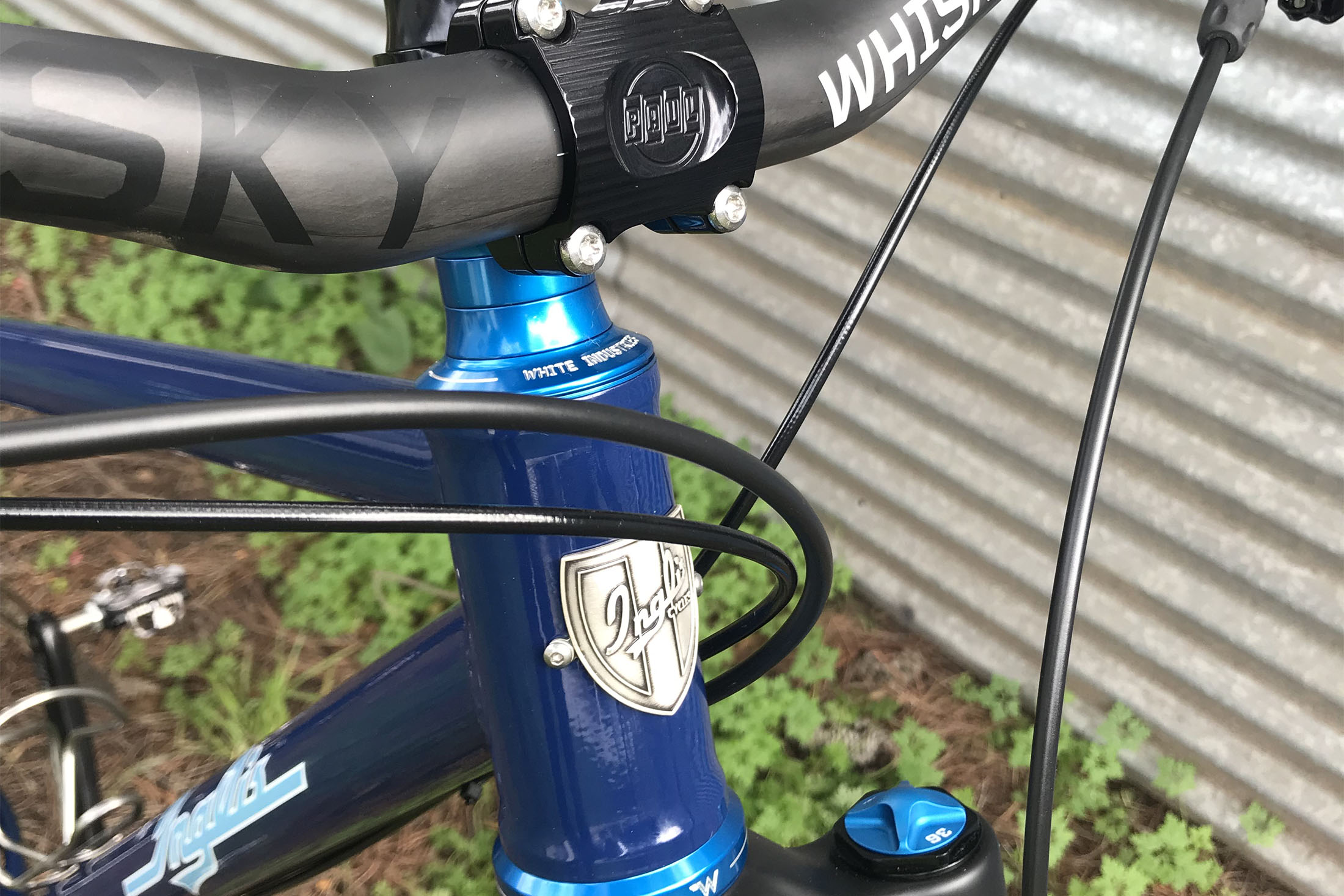 Fortunately for Inglis (and us!), the world began to embrace the warm, swooping hug of retro styling and modern geometry. And in 1998, Retrotec and the new Inglis Cycles moved to their permanent home in Napa, California. Since then, Inglis has sold frames across the globe from the U.S. to Japan, Europe, and the Philippines.

Along the way, Inglis won numerous North American Handmade Bicycle Show awards for badass frame building. But he’s so humble that his website downplays the achievements: “My wife made me mention it though.”

There’s no doubt anyone can appreciate the beautiful, sweeping lines of Retrotec bikes (or the traditional ones of Inglis). But for bike nerds, the real beauty is in the details.

The 15th anniversary of the North American Handmade Bicycle Show attracted a record number of exhibitors to Sacramento, Calif., last week. With all the votes tallied, here are the winners of the show's top honors. Read more…

Industry ‘Standards’ and Wheels of Opportunity

He knows many trends are short-lived and won’t go out on a limb about what’s going to die next. But Inglis does think one newish trend made the biggest impact since mountain biking came on the scene: wheels.

“29ers kept us afloat for years,” he said. And now we have rims that range from 26 to 29 inches in diameter and tires from 23 mm to 4 inches wide, with virtually every size and combination in between. Inglis said even he couldn’t have predicted that kind of progress.

And it’s opening up big opportunities for creative builds, like his recently trademarked Funduro. Arguably one of the first frame builders to make slack, long-travel hardtails, Inglis’ Funduro design blends retro, swooping lines and modern geometry. If you’re into the details, that means a 68-degree head angle, long front triangle, 140mm-travel fork, and super-short chainstays all wrapped around boost hubs and 27.5+ wheels.

Throw a leg over one, point it downhill, and you’ll know where he gets the name from. I guarantee you’ll be grinning ear to ear and reconsidering your full-suspension bike. 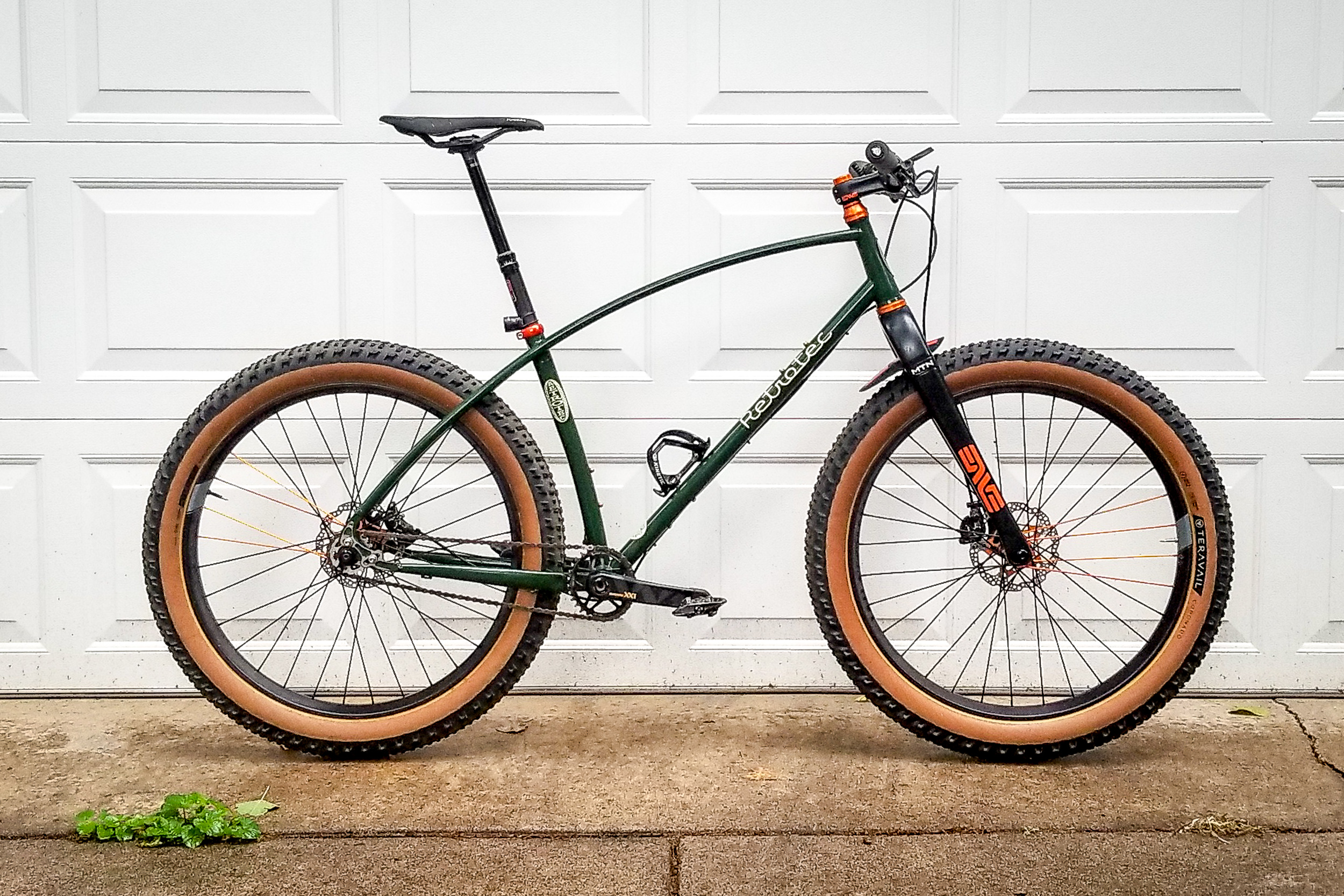 He doesn’t stop at trail-worthy mountain bikes, though. Gravel grinders? He’s game for those. And road? Sure, though he personally enjoys gravel and mountain bikes. “I say there’s no giggling in road riding,” he said. “So I’m going to build what gives me a huge grin. Gravel is just so much more fun.”

Even e-bikes are in Inglis’ wheelhouse. For example, he just finished a $15,000 tandem e-bike for two dudes, 250 pounds each, one of whom is legally blind. They requested it to bike across England this summer.

The Future of Custom Frame Builders

While bike shops are competing with online sales, the number of custom frame builders has seen a recent rise. “I think there’s always room for someone who can build a well-fitting bike — someone who can nail the fit and tube selection so it just rides nice.”

Things like Instagram and the internet have undoubtedly increased the awareness of custom builders and the demand for one-of-a-kind frames. With it comes a whole new era of welders looking to leave their mark on the industry.

Inglis hopes to have a couple more decades building and tinkering around in his shop. Who knows what major shift we’ll see next? One thing is for certain: Inglis will remain a legendary builder. And we hope a new young, ambitious frame builder will pick up the rod when he finally retires to carry on the Retrotec and Inglis names.

For over 25 years, Inglis has gotten to do what he loves and leave a lasting impact on the history of bikes. Retrotec and Inglis Cycles have survived through all the changes the industry has seen whether they be to bike geometry and components or the trails we love to ride. And arguably, shaped that very history.

If you’ve been drooling over one of his bikes, drop Inglis a line.

This article is sponsored by Hydro Flask. Shop the Journey Pack Series to hydrate on your next mountain bike session.