Leg muscles push pedals, a chain spins, and gears rotate to move a bike ahead. But what if you had some help? 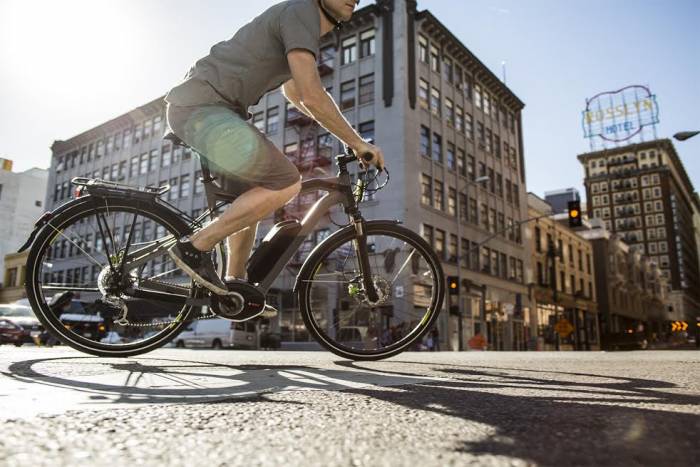 Electric bikes are equipped with motors that add power as you pedal. They have been around for years, but with advances in technology and big companies like Shimano jumping onboard, 2015 could be a tipping point.

I took one for a ride last fall and its quick acceleration and hill-climbing help made me feel like Superman. (See our test of the Haibike Xduro FS RX.)

Strong, silent motors give a boost to your physical effort, letting an average biker cruise comfortably, and possibly sweat-free, at 20mph for extended periods on a path or road.

From city commuters to people compromised with physical conditions, the thrill and utility of e-bikes is making the category more popular.

Skepticism abounds with bikers who have always relied on physicality, not rechargeable batteries. But new technology and wider industry support has stamped more validity on the category as of late.

This week, I caught up with Claudia Wasko, the director of Bosch Ebike Systems North-America. She answered my list of questions, from trends to misconceptions around e-biking in 2015. 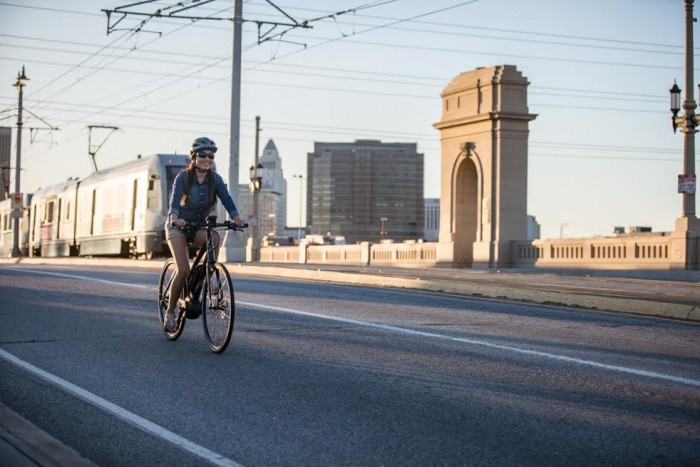 Who is candidate to ride an e-bike?

It’s a diverse group, from long-distance cyclists, to commuters, to those for which an e-bike provides the opportunity to become actively mobile again after injury, illness or years on the couch. Anyone who integrates a bike into their daily life.

Where are e-bikes most popular?

Growing urbanization, along with rising fuel costs and roadway congestion, are pushing consumers toward alternative forms of transportation. Europe has a mature e-bike market, and it’s still growing in North America. In general, cities that have the best cycling infrastructure and are the most populous see more e-bike use.

What are common stigmas to e-bikes?

Three things to start: Resistance can come from people working in bike shops, many who have a background in bike racing; they can regard electric bikes as “cheating.” Second, in North America, we have a preference for cars as the main mode of transportation, and many people do not see bikes as viable replacements. Furthermore, a complex regulatory environment at all levels of government creates uncertainty and barriers to e-bikes and their use on public property like roads, commuter paths, and trails.

Are e-bikes used beyond commuting?

A new audience uses them for sport and recreational purposes, including electric mountain bikes. While popular in Europe, their use on trails is on the rise in North America, and their increased presence is sparking controversy within the trail user community.

There have been no studies of their environmental impact yet.

Who are the major players in the e-bike motor industry?

Our company, Bosch Systems, is the market leader in Europe. Other well-established manufacturers include Panasonic, Yamaha, Continental, and Shimano, the world’s leading bicycle-component manufacturer.

How are e-bikes treated differently than electric scooters?

Depending on the jurisdiction, electric scooters may encounter more restrictions than e-bikes. For example, access to bike lanes and commuter trails. Also, no insurance is required for an e-bike. Increasingly, more consumers express their preference for e-bikes based on their ease of service, wide availability of replacement parts, and the option to obtain a good workout pedaling when they want.

How will e-bike technology change in the coming years?

Battery cells will increase in performance, thus further increasing range between charges. The design and integration of more compact e-bike components is coming, as well as new automatic gear shifting systems. Also, features based on connectivity for navigation and fitness applications will become integrated and standard.

Are e-bikes limited by law to a certain speed?

U.S. federal regulation has established requirements, including a maximum speed on a paved level surface. When powered solely by a motor, it needs to be less than 20mph. [E-bikes go faster when also pedaled.] Faster than 20mph and a bike falls into the arena of the National Highway Traffic Safety Administration where it is defined as a motor vehicle.

Up Next: 138 Miles Per Hour On Snow Bike