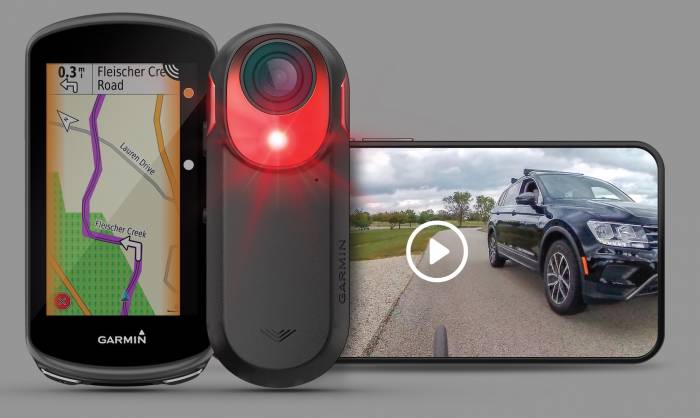 The Garmin Varia RCT715 rearview radar-activated taillight and camera are designed to give riders peace of mind when they hit the road; (photo/Garmin)

There are plenty of ‘what if’ scenarios all cyclists consider every time they throw a leg over a bike. Garmin’s radar technology aims to ease some of these concerns.

Whether riding on roads or backcountry trails, things can and do go wrong from time to time. Garmin’s new Varia RCT715 rearview radar video camera and taillight are built to make riding safer while protecting riders when that dreaded “what if” becomes a reality.

The Varia RCT716 uses radar to detect approaching drivers and alert both you and them to each other’s presence.

The radar will alert the cyclist of vehicles up to 153 yards away with visual and audible cues, and the taillight can be seen from up to one mile away. This gives ample time for both drivers and cyclists to give each other space to pass safely.

The RCT716’s camera captures continuous, clear video to provide peace of mind to riders should there be an unfortunate incident.

The camera records up to 1080p/30fps. And it comes complete with automatic incident capture that saves footage from before and after a detected incident — just in case.

The battery can run for up to 4 hours with the radar and taillight running on solid high or night flash. On the day flash setting, it can last up to 6 hours.

The Varia RCT716 can pair with compatible Garmin Edge cycling computers, Garmin smartwatches, the Varia smart device app, and smartphones, which open it up to other apps, including Ride with GPS.

Our cycling editor has been using a different version of the Garmin Varia, and it has become an integral part of his road cycling kit, just as important as his helmet.

He finds the radar warning system much more valuable on less-traveled country roads. In urban environments, he rides with his head on a swivel and assumes there is a vehicle behind him. But in the country, he can zone out. And the Varia system interrupts these periods to warn him of cars that he wouldn’t know about until they were right behind him.

The Varia RCT716 goes for an MSRP of $400 and is available now on Garmin.com. 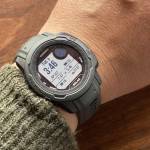 Garmin's second-generation Instinct series takes one of the brand's most popular watches and — as you'd expect — makes it better.  Read more…