Typical rooftop and hitch-mounted bicycle carriers are a large investment. Drivers usually leave them in place, which affects mileage, creates noise at highway speeds, and generally detracts from the aesthetics of the car. 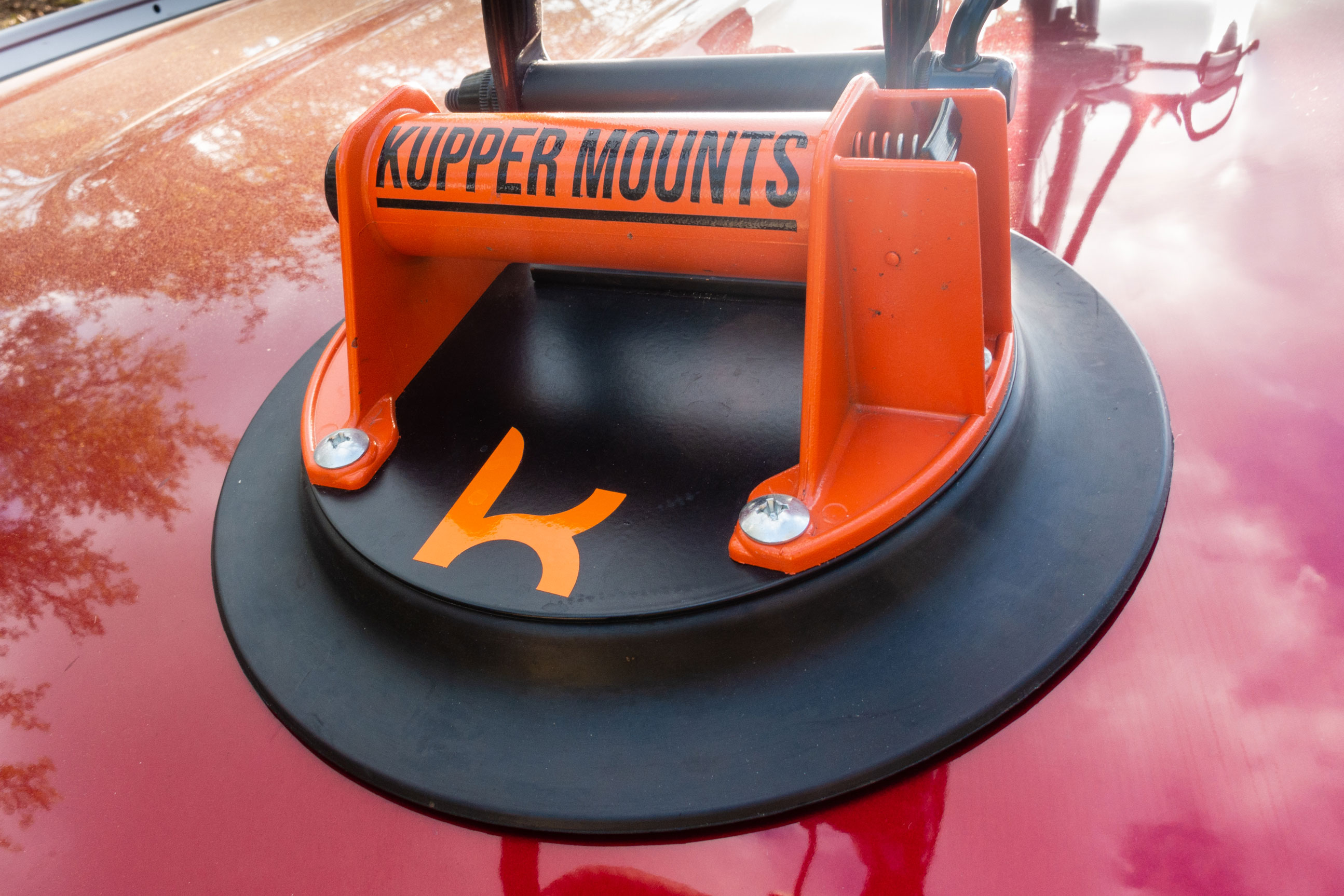 Enter the Kupper Mounts Bike Carrier. This “rack” attaches to vehicles via suction cups, making it quick to mount, remove, and swap between vehicles. Kupper mounts use a 9-inch suction cup for the fork mount and a 6-inch cup for the rear wheel. We’ve been testing a preproduction sample for a week for this first look.

It’s worth noting that vacuum-based systems aren’t entirely new; SeaSucker has been making bike mounts since 2009. But the Kupper is new to the market, launching today.

In short: The Kupper Mounts Bike Carrier addresses concerns about vacuum-based systems with sheer size. The 10-inch mounted footprint of the fork mount and the 7-inch footprint of the rear mount creates a system rated to 45 pounds that easily fits into a daypack with a claimed weight of 4 pounds (for front and rear mounts).

The carrier and bicycle can be mounted in as little as 2 minutes and removed in seconds to retain the gas mileage and looks of the car while also allowing use on multiple vehicles. The Kupper Mounts Bike Carrier proved secure with a light road bike even on rough dirt roads. 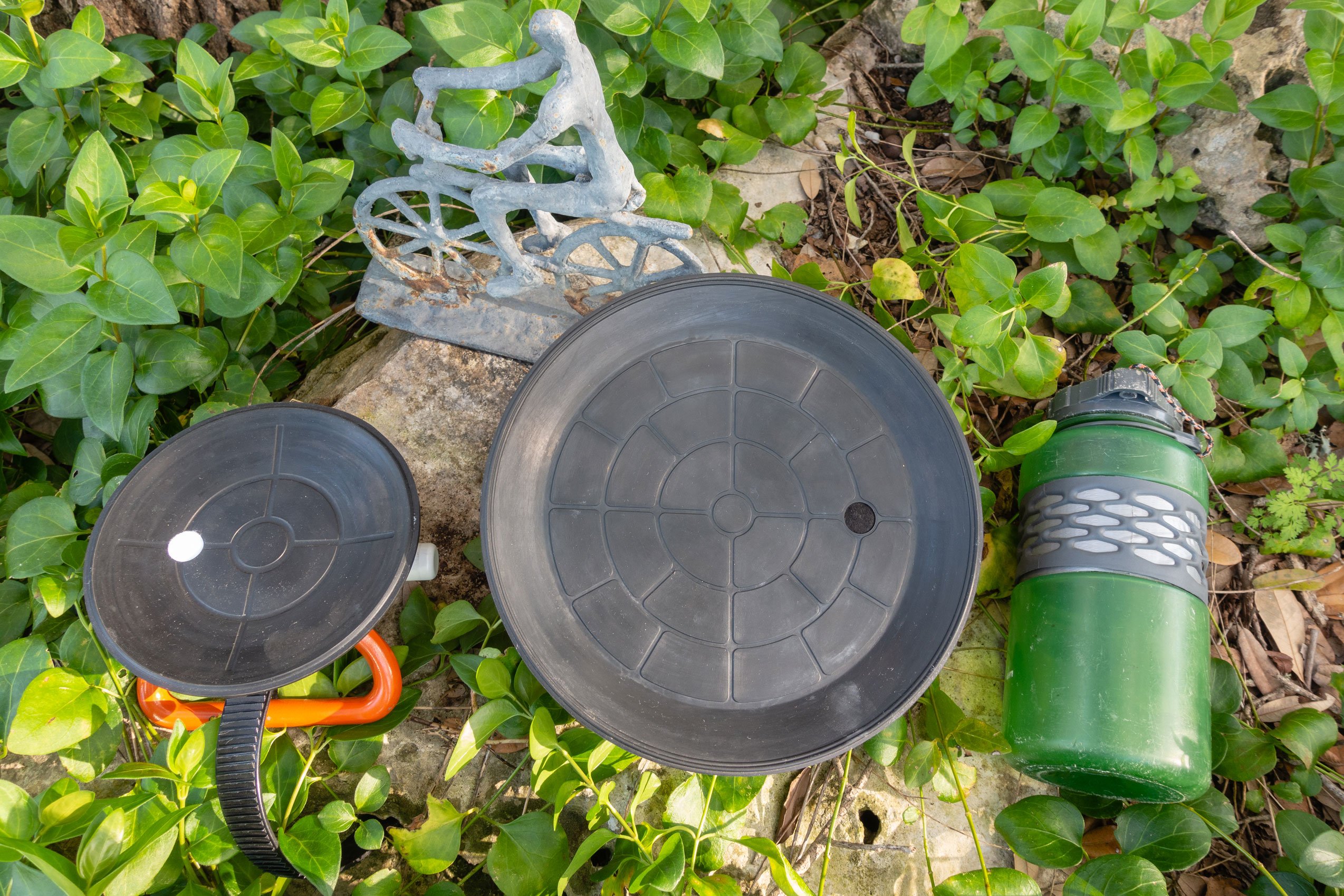 For most of my adult life, my bicycles far out-valued my car, so I was mentally unwilling to leap from hard-mounted racks. But Kupper’s giant cups instilled enough confidence to give it a try.

Each suction cup uses a thumb-driven pump to evacuate air, and there are easily visible indicators to signify a safe level of vacuum negative pressure.

Mounting the Kupper Mounts Bike Carrier was straightforward. Clean the attachment points on the vehicle with a wet, soapy rag, and do the same for the cups if required. Moisten the cups and pump until the suction indicator no longer shows. First-time use requires measuring the spacing between the front fork and rear wheel and then repeating the pumping process for the smaller rear-wheel holder. 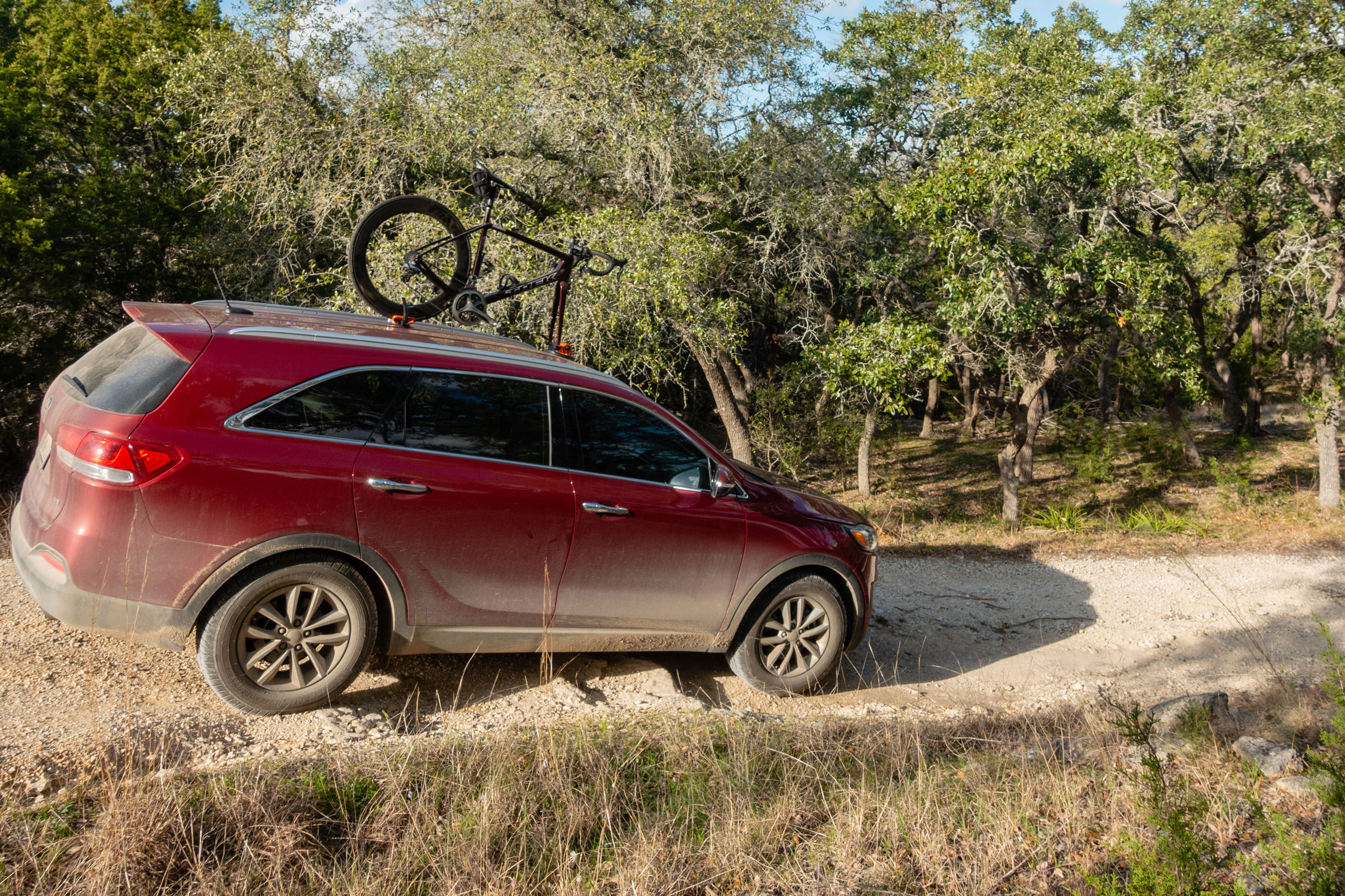 The bicycle mounts similarly to traditional racks: a lever-actuated skewer for the fork and a ratcheting strap for the rear wheel. I had to employ a Küat strap extender on my 50-plus-mm rear rim.

Pro tips: Use tape to mark the distance between the fork and rear wheel for repeated use on the same vehicle. Also, use the included crank strap to keep the cranks aligned with the chainstay before mounting onto the vehicle to prevent the crank from damaging the roof of the car. The Kupper system holds the bike much closer to the roof compared to traditional roof racks.

While stationary, I pushed and pulled on the bicycle to ensure a secure hold. The lateral movement was noticeable, and in the case of my wife’s SUV, the movement was mostly from the roof temporarily deforming under the large front suction cup. It wasn’t an alarming amount and was in the range of what I experience with my truck’s roof rack. This also held true while driving, both on my dirt road and down the highway. 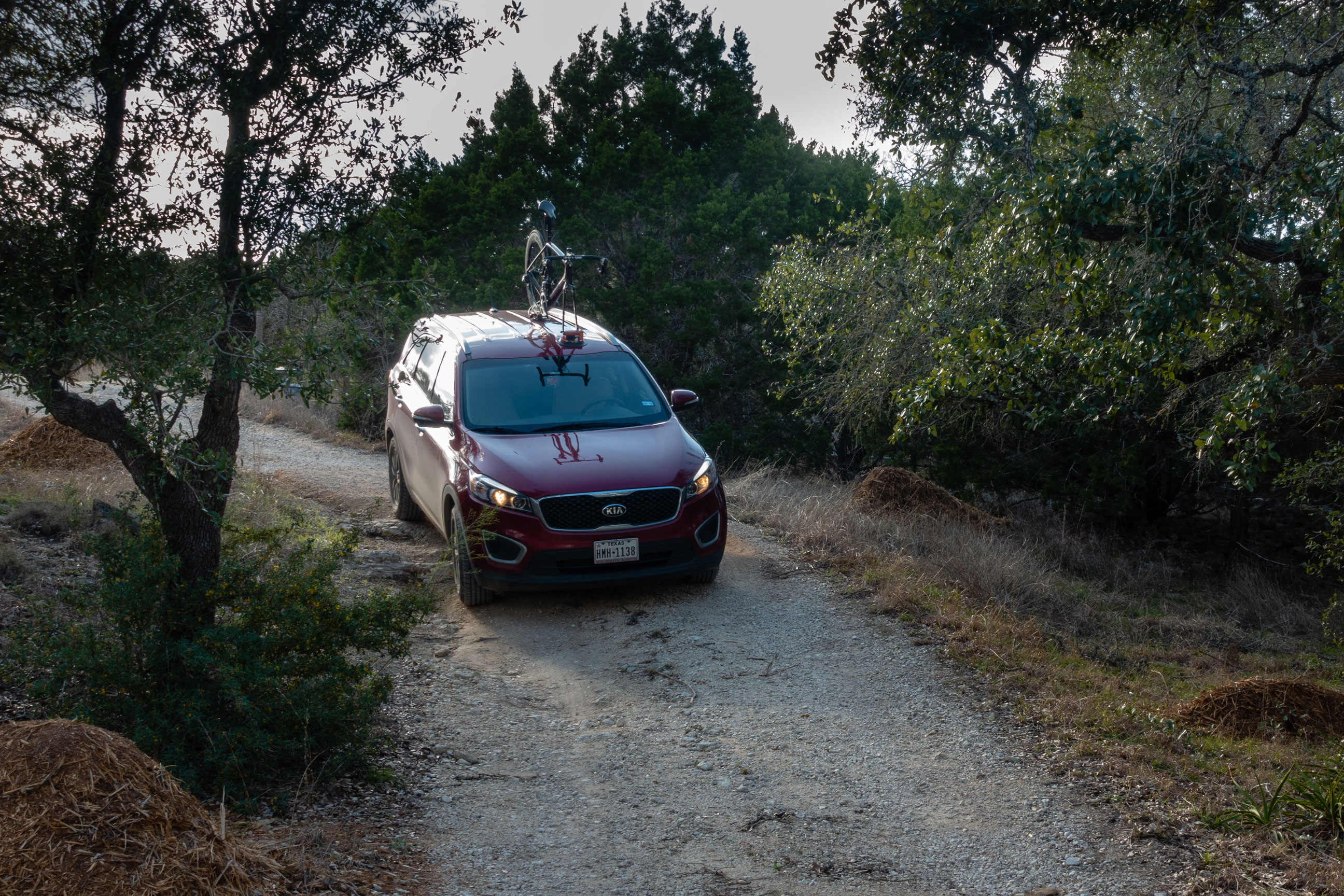 I live more than 2 miles down a dirt road, and my “driveway” is a climb up a rock-laden hill. Delivery trucks have refused to come down this hill, and during periods of heavy rain, lesser vehicles can become stuck. So I was nervous during my initial run up the hill, as the cost of the wheelset alone on my road bike could make several mortgage payments. That, and I would hate to damage my wife’s car.

In total, I estimate this bike’s worth at $11,000 (I’m lucky AF, as my profession affords me some serious benefits). For reference, it’s a Trek Madone that weighs about 15 pounds.

I got out at the top of the hill and checked the pressure indicators on the pumps; neither of them had budged. I continued down the dirt road and, after crossing anything extra rough, got out and checked again. The system never lost pressure.

At the end of the dirt road, my confidence in the Kupper system solidified, and a trip down the highway triggered no concerns. I also mounted the Kupper Mounts Bike Carrier on the rear door of my van, and the experience was identical. 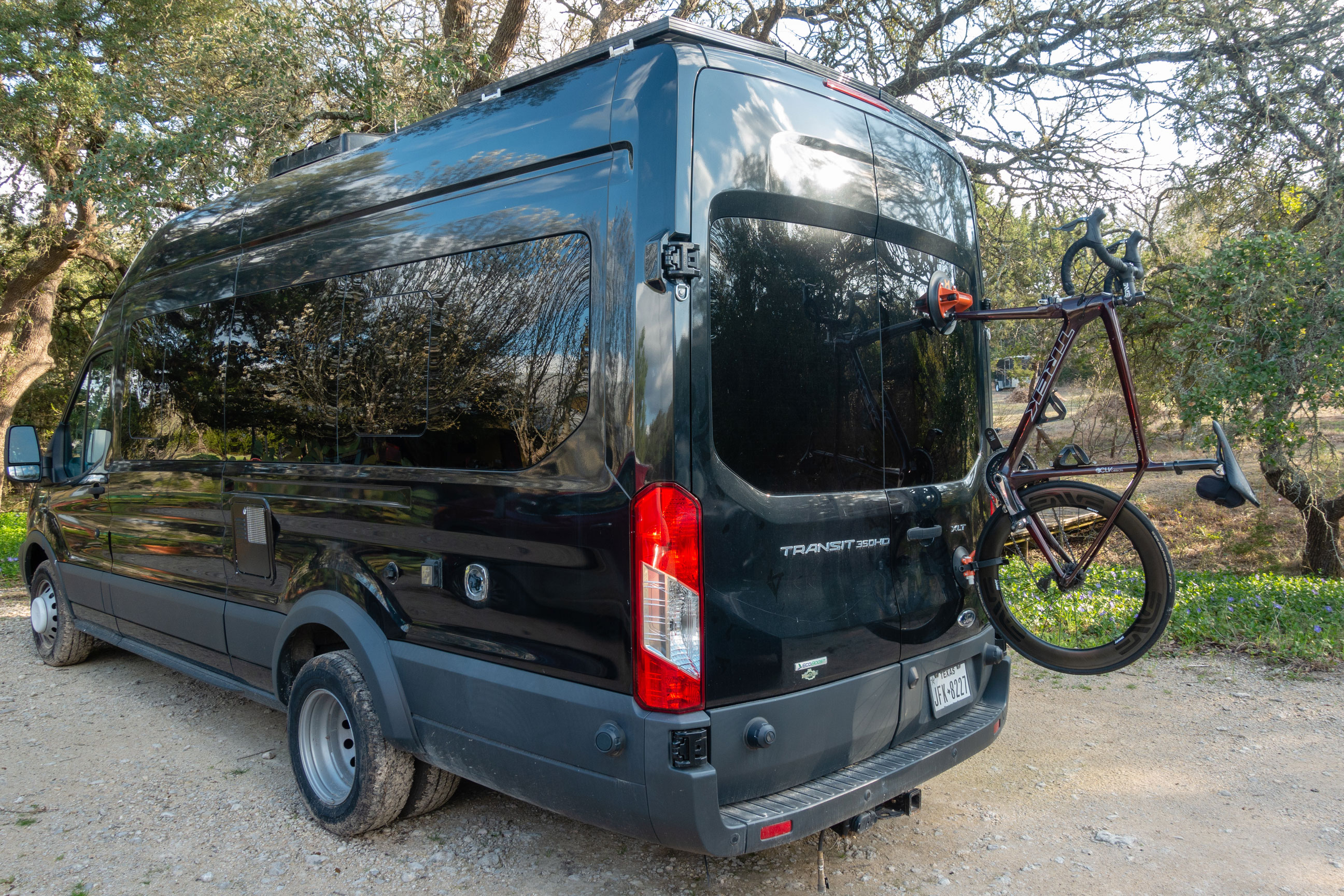 Rough sections of the dirt road caused no loss of suction. Plus, this second round of mounting the carrier and attaching the bicycle took 2 minutes — and I wasn’t at all rushing.

A pressure-release lever frees the front Kupper mount while the rear requires lifting an edge of the suction cup. Neither cup left marks on the vehicles other than clean spots from dust not being able to settle.

The Kupper Mounts Bike Carrier comes with a plastic carrying case, a crank positioning strap, a security strap to run through the car door to lock the bicycle, and a cam buckle strap to secure the bicycle wheel when not using the rear mount.

Although it’s easy to lock the bicycle to the car, locking the carrier isn’t possible. But for that, removal is a 10-second affair.

The Kupper Mounts Bike Carrier proved reliable to transport one of my most valuable possessions, even on the rough dirt roads. But it does require a leap of faith, especially for those with a history of using hard-mounted racks. It’s easy to imagine a loss of suction, resulting in damage to bike, vehicle, and potentially others on the road. But testing wiped out those anxieties.

I’ll probably continue to check the vacuum indicators any time I pull over during a trip, and I’ll only mount this on undamaged and clean surfaces. But my experiences made me a believer, and I expect continued use will only solidify that trust.

The Kupper Mounts Bike Carrier provides a great solution for rental cars and usage between several vehicles. Plus, at $199, it’s affordable for the category — and Kickstarter pledges start at $89! This makes it a bargain compared to conventional roof racks, hitch-mounted racks, and other vacuum-based systems.

Up Next: Seriously?! Female Cyclist Halted During Race Because She Caught the Men

The Best Women’s Hunting Boots of 2021

Saving…
Seriously?! Female Cyclist Halted During Race Because She Caught the Men
Caroling the Grand Canyon: How to Survive the Great Ditch in Winter
×