The settlement puts to rest a legal battle that’s been raging for nearly eight years. 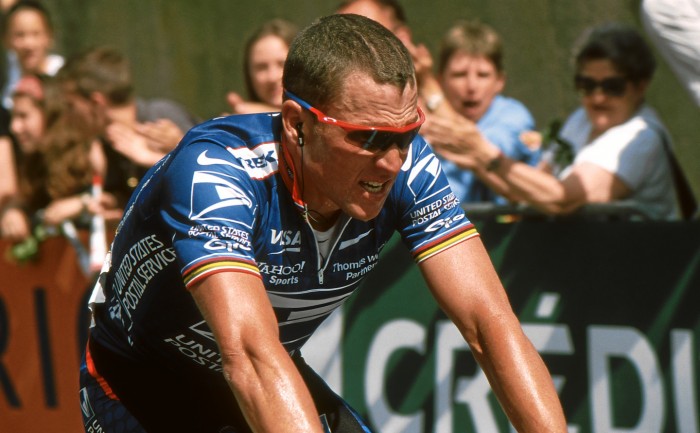 The settlement puts to rest a legal battle that dragged both men through the mud in the public eye for almost eight years. The U.S. Postal Service had sponsored both Armstrong and Landis, and Landis alleged Armstrong defrauded the government by lying about his doping during his time with the team.

By agreeing to pay $5 million, Armstrong rid himself of a potential $100 million federal penalty. The case pitted him against Landis and the federal government, who alleged Armstrong violated the False Claims Act. On top of the settlement, he also agreed to pay Landis’s court fees, totaling $1.65 million.

Armstrong’s hefty payout ended a legal drama that has been delayed since it was initially filed in 2010.

Following his public doping scandal, Armstrong was stripped of all seven Tour de France titles and banned for life from pro cycling. He rode for USPS from 1996–2004, securing six Tour victories in that time. His compensation while riding totaled $32.4 million.

Under the False Claims Act, the government stood to receive up to three times the compensatory amount for Armstrong’s earnings – totaling $97.2 million. And as whistleblower, Landis could have received 15–25 percent of the judgment had Armstrong lost.

In a statement released following the settlement, Armstrong said, “I am glad to resolve this case and move forward with my life. I’m looking forward to devoting myself to the many great things in my life – my five kids, my wife, my podcast, several exciting writing and film projects, my work as a cancer survivor, and my passion for sports and competition. There is a lot to look forward to.”

Up Next: Surly Lowside: Your First Bike, All Grown Up