Cannondale’s latest bike is less bike. The brand managed to shave 80 grams from the carbon frame. But the real highlight is what it took away from the fork – a whopping 250 grams.

Cannondale launched the famed single-sided Lefty suspension fork almost 20 years ago. To cut weight, it now loses its crown – at least one of them.

The latest Lefty, coined the “Ocho,” is the “world’s first single-crown, single-sided suspension fork,” according to the brand. 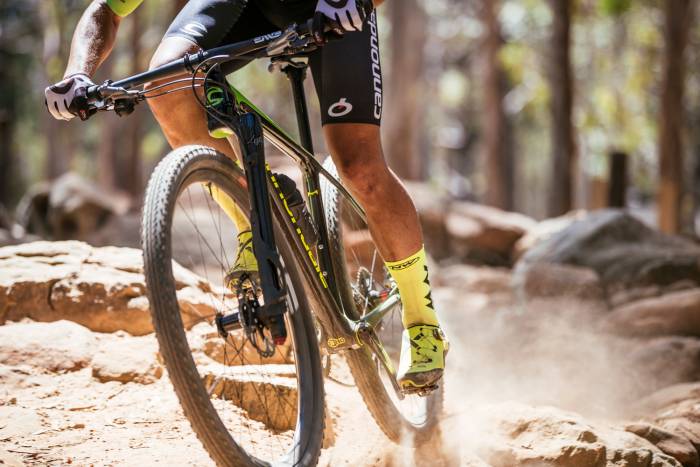 Cannondale equips the svelter Lefty on its slacker, stiffer, and lighter F-Si hardtail to create what it calls its fastest, lightest, and most capable hardtail MTB ever.

The F-Si’s crowning feature, literally, is the updated Lefty Ocho fork. By dumping the extra crown from the previous Lefty, Cannondale managed to eliminate 250 grams from the fork alone.

The previous version weighed in at 1,765 grams. While we can’t find the weight of the Ocho on any Cannondale docs at this time, it should tip the scales around 1,500 grams.

For the unfamiliar, the crown is what connects the fork blade to the rest of the bike. Even though the previous Lefty had just one fork blade, it still had two crowns, attaching the blade to the bike at two points up high. The latest iteration removes one of these and a lot of weight.

But the brand says the new Lefty will hold up under “any load, in any situation,” without sticking, binding, shuddering, or hesitating.

Now in its eighth iteration (thus “Ocho”), the Lefty Ocho will be available in carbon or alloy and accommodate 27.5- and 29-inch wheels.

While the Ocho may be available for purchase on its own in the future, for now you have to buy it attached to an F-Si XC mountain bike.

The new F-Si XC hardtail comes in seven builds in both men’s and women’s geometries, and six use the latest Lefty Ocho fork. The F-Si line runs from $2,200 to $9,000. 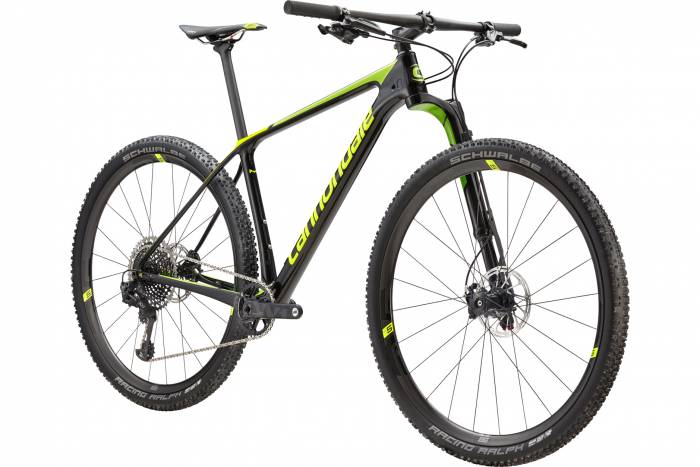 Three years after it was originally introduced, the F-Si receives some modifications for its debut at the XC World Cup circuit in Albstadt, Germany, this month. 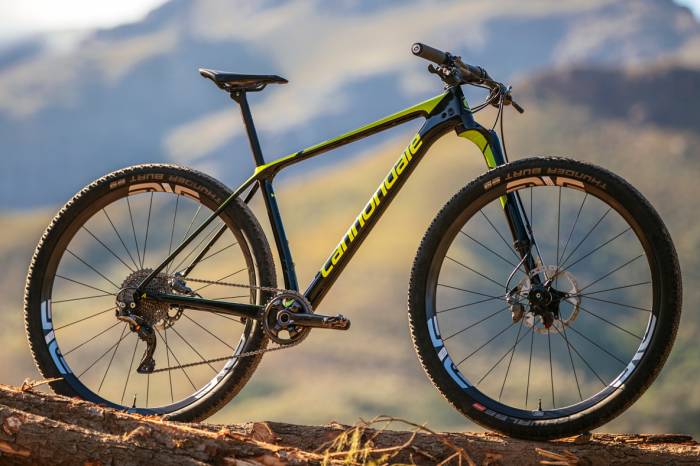 For starters, the frame carries an advertised weight of 900 grams – 80 grams lighter than its predecessor. That ought to make it more aggressive on climbs. But the brand also incorporates its offset rear geometry – dubbed “asymmetric integration” (Ai)  to shorten the chainstays to 427 mm – the shortest on the market, according to Cannondale. 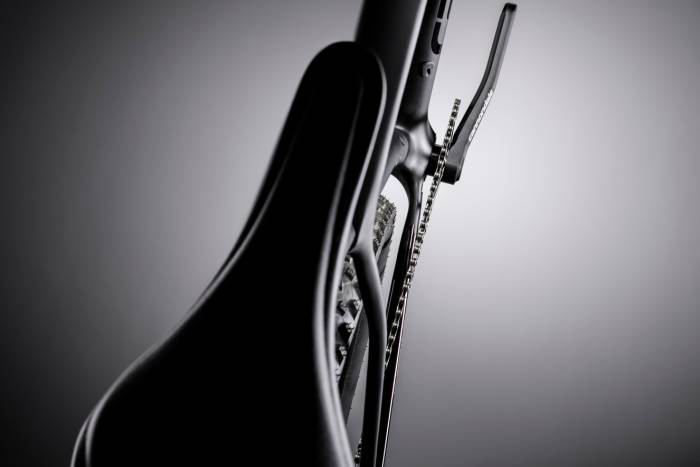 The aim is to add traction and make the bike more nimble without sacrificing clearance for 29er wheels or tires up to 2.35 inches wide. Ironically, bumping the rear triangle, front derailleur and cranks, and rear cassette 6 mm away from the frame creates asymmetry in the frame and allows for a symmetrically dished, stronger, and stiffer rear wheel, according to Cannondale.

Confused? Check out the video below. It explains the concept well.

In addition, Cannondale slackened the head angle to 69 degrees to add speed and control on descents.

We hope to get our hands on a demo soon to put the new fork and geometry to the test.

Up Next: Video Stoke: Freeride MTB on Dreamline in New Zealand