One designer wants to increase shock absorption in mountain bikes by replacing standard spokes with shock-absorbing coils. Triple the shocks, triple the fun! 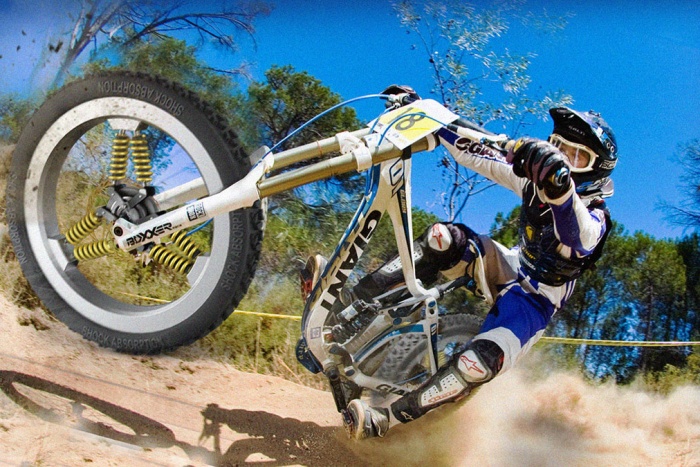 Full-suspension mountain bikes just don’t cut it for designer Hojun Lee. So he created a solution within the wheels. In place of standard spokes are three sets of shock absorbing coils in his concept renderings.

While entirely theoretical, Lee’s design is not without merit. Spokes and rims found on any standard bicycle already absorb shock, albeit minimally. 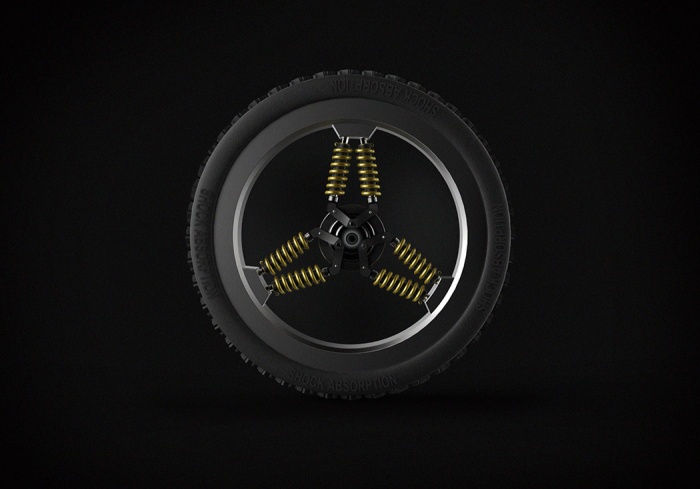 This design takes suspension to the next level and could benefit mountain bikers who want a cushier ride. Or more attention.

Currently, this is just a concept with renderings, no prototype or production is planned. 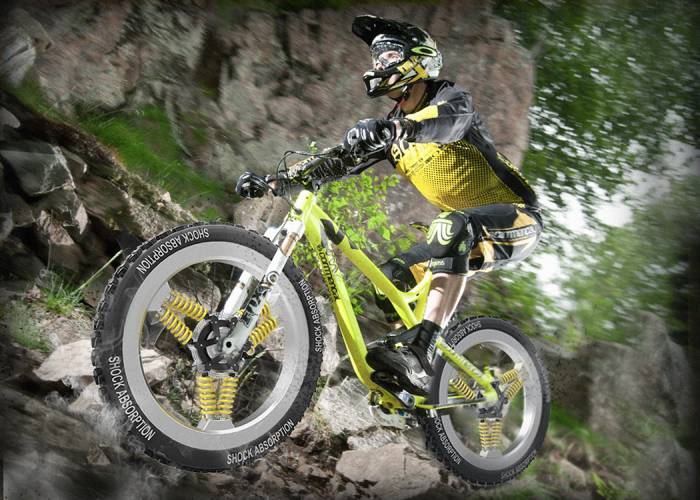 The “Triple Absorber” aims to lessen the stress placed on MTB riders. Normal wheels pass bumps through into the frame (and rider), causing fatigue.

This tri-shock wheel concept could, conceivably, make singletrack and downhill even less jarring. But with every bump that’s softened, there’s a little more energy that’s drained from the ride itself.

More advanced details about this project can be found in an interview conducted in Korean after he won the award.

A shock absorbing wheel has its limitations. For starters, special rims would have to pair with these spoke-shocks. Plus, the high cost of shock absorbers suggests this wheelset would be extremely expensive, and the weight of the wheel would, presumably, be much heavier than traditional wheels.

However, this design pushes past the norms of mountain bike suspension — and design — and has us excited to see what could arise.

If this concept ever becomes a reality, we will be sure to do a review.

Up Next: A First: Running Shoes Made From ‘Algae Foam’