We spent three days pedaling in the southern California sun to test some of the best new road bikes and gear for 2017. Here’s a peek at what’s hot and new in the world of cranks, spokes, and beautiful builds. 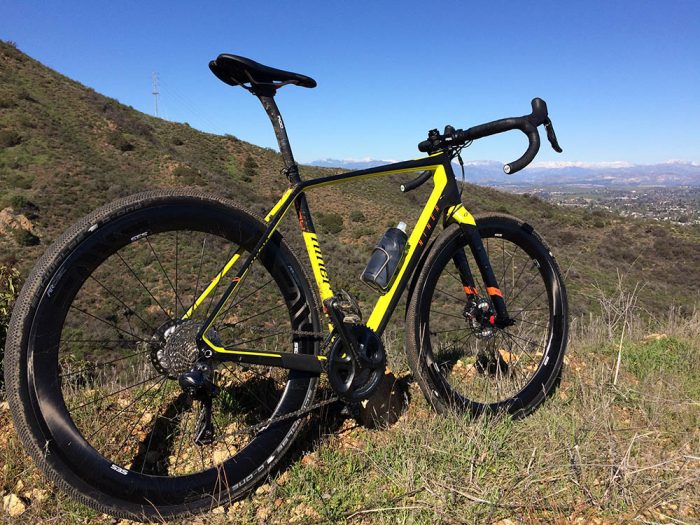 Winter Press Camp, now in its fourth year, previews bikes and gear from big names and niche brands alike. The event gives media the scoop —  and sometimes a ride — on the latest tech, designs, and innovations in the cycling industry.

These new road bikes and gear wowed us.

What sets Allied apart? Just look at the motto: “MADE HERE. BUILT HERE.” In an era when most bikes are sourced overseas, with an emphasis on the bottom line, Karklins aims to “reinstitute much-needed passion back into the [bike] industry.” Every facet of production, from design to carbon layup to painting, is done in-house in its Little Rock, Ark., factory, allowing for greater efficiency, testing, and control.

Allied frames utilize an American-made material called Innegra sandwiched between the carbon fiber. This acts as a ripstop. If the carbon cracks, Innegra holds it together so it will not break catastrophically. As such, all frames offer a lifetime warranty and can be repaired in-house.

The ALFA road bike is Allied’s first product. It will be offered in a total of 12 sizes as either a frame/fork with headset for $2,700, or a complete Shimano Ultegra build at $4,000. This is priced on par with similar bikes from the big three: Trek, Specialized, and Giant. All frames are painted in-house, and feature a graphic simplicity, or in Karklins’ words, “No NASCAR.”

DeFeet is known worldwide for socks, but for 2017 it launches a crowdfunded small-batch apparel site: DeFeet Bespoke.

The brand initially planned to begin an apparel program back in 2001, but a fire ravaged its North Carolina factory and its timetable. Now on track for a February launch, DeFeet will use a crowdfunding approach. Ideally, this gives the customer an opportunity to participate in the process and generates less waste. It also results in products with bells and whistles only if there’s demand.

It’s a new way to create cycling apparel, and DeFeet hopes that customers will show support for something unique.

“We design it, you back it, we deliver it,”said DeFeet’s Paul Willerton.

DeFeet will produce all Bespoke products in the USA. This allows it a nimble response to trends. In addition, DeFeet will kick off an ambassador program called Barnstormers Adventure Cycling Club, to “feel the freedom of flight.”

So much has been made about “gravel grinders” that it’s easy to lose sight of the fact that people have ridden road bikes on dirt since the advent of cycling. But nomenclature notwithstanding, gravel bikes have a place.

For anyone looking to take the Road Less Traveled (RLT), the RDO is a great choice. I had a chance to ride the RLT/RDO on the dirt climbs and switchbacks of the Los Robles Trail and its mountain bike pedigree is evident, no surprise given that Niner is first and foremost a mountain bike brand. The carbon frame offers just a hint of flex at the seat post junction, but a massive downtube mated to broad chainstays keeps the power straight ahead. 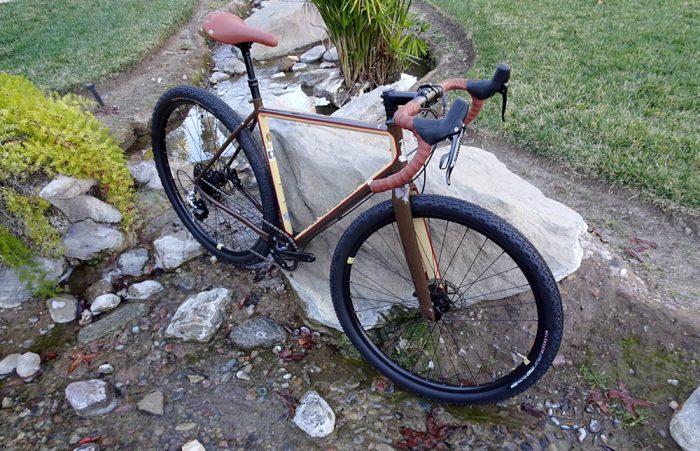 Raleigh showed off the newest version of its All-Road bike: the Stuntman ($2,500). Unlike most bikes in this category, the Stuntman sports massive 700 x 50mm Clement tires. That’s nearly mountain bike territory.

In a nod to the off-road adventures one could have on this bike, Raleigh also spec’d a dropper seatpost. The Stuntman’s steel frame will hold up to years of abuse. The bike’s fitting paint scheme mimics Colt Seaver’s GMC pickup from ’80s tv show, The Fall Guy. 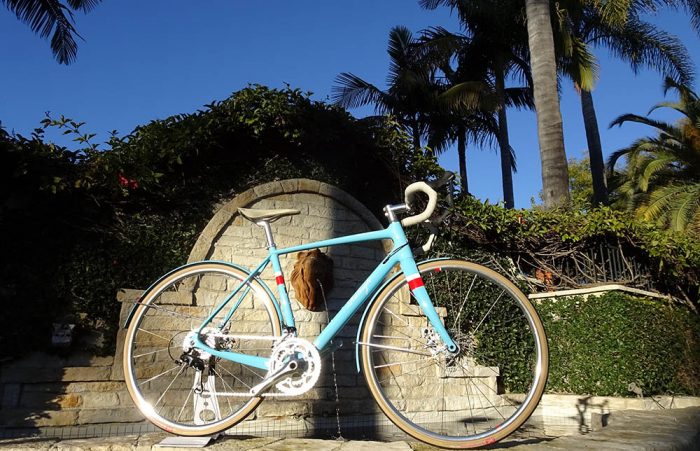 The Clubman Carbon is a classic, (and classy-looking) road bike that wins top points for its style and features. Raleigh chose a high modulus carbon frame and fork with painted fenders to match, making this a great choice for commuters who also want to put in longer miles.

The Clubman ($2,300) has a decidedly retro appeal, yet contains modern touches like disc brakes and stock 28c tires, wider than most road bikes. A Brooks Cambium saddle and handlebar tape round out the heritage styling. 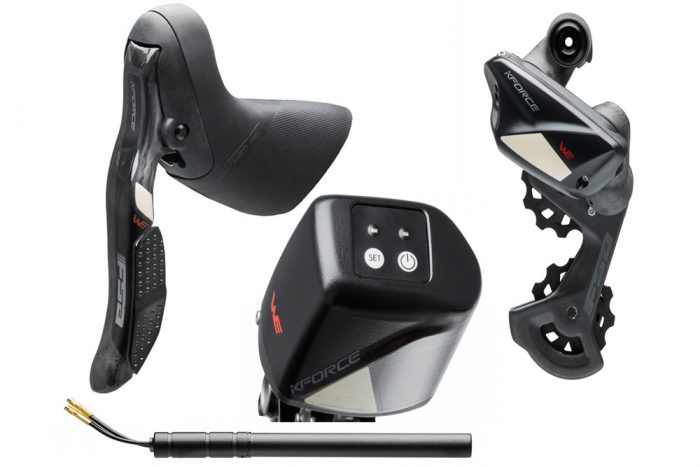 Electronic shifting is more and more prevalent in cycling, and after five years in development, FSA will join in the action this spring with its new WE Electronic groupset.

Short for “Wireless Electronic,” WE is a hybrid wireless system, meaning the wireless shifters communicate with the brain — in this case the front derailleur. Meanwhile, wires run internally from the battery, housed in the seat post, to each derailleur.

Android and IOS apps allow the rider to customize shifting and perform diagnostics on the system. The claimed battery life is a whopping 4,000-6,000 kilometers between charges. FSA-sponsored professional World Tour teams Cofidis and Direct Energy will put the WE system to the test in the Tour de France and other top-level races.

Up Next: First Look: ‘Continuum’ Is New Breed Of Made-For-Winter Bike