The RKT 9 RDO is a beautiful modern bike, one that is really easy to love. But it’s not exactly ‘as advertised.’ Depending on what you’re looking for, that might be OK. 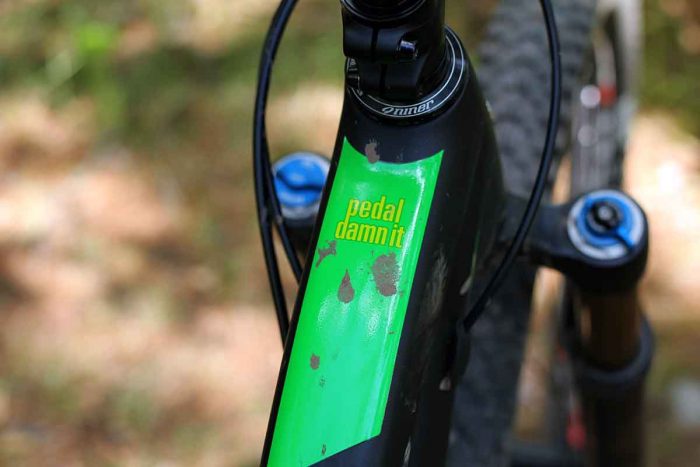 We have been studying Niner’s new race rocket for the last three months, the RKT 9 RDO. The bike is a “no-compromise cross-country race” machine, said Niner founder Chris Sugai.

Well, GearJunkie testers felt the mid-level build “Rocket” was a solid, predictable, and efficient machine, but it never reached the stars.

Viewed side by side, the Rocket looks a lot like the brand’s well-regarded Jet. It is evident the frame shape and design are related.

Over the years, the Jet evolved toward the “trail” direction and away from “race.” So, this new bike fills the cross-country race bike void that was left behind.

Compared to the Jet, the Rocket has a little bit less suspension, a lower front end, a longer top tube, and a shorter rear end.

Vernon Felton at Pinkbike, for whom we have a good deal of respect, wrote “the RKT 9 RDO is a good choice for dedicated cross-country racers and people who are interested in marathon, back-country rides. It’s a quick steering, nimble little thing.”

I clipped into Niner’s new rocket, expecting it to feel lighter and faster than my stable of race bikes. But… it didn’t. It’s not a “nimble little thing.”

So what is the story with this bike?

A senior editor and experienced bike tester took it for a weekend of riding without knowing anything about the bike. Upon return, he told me that he thought it was an efficient-pedaling trail bike that he liked a lot, but it didn’t have much travel in back. He thought it was fast, almost fast enough to race. But he figured it was a trail bike; it felt too burly to race. 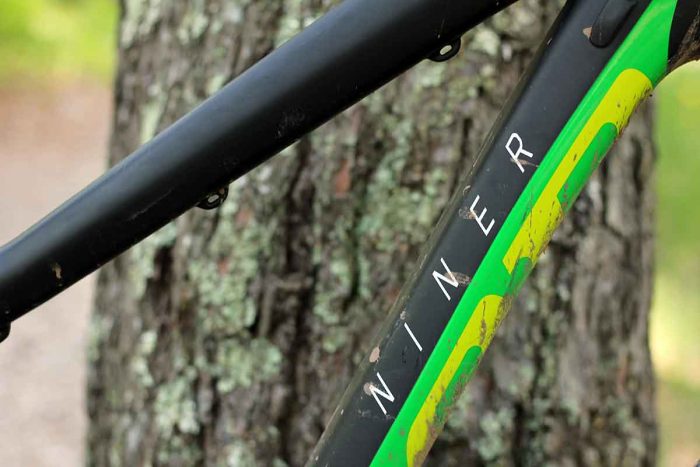 I completely agree with his assessment. It’s a stiff, predictable, confidence-inspiring bike that does it all really well, including descending. But it does not feel efficient enough to be an elite race bike.

This bike is stiff and burly — the “boost” axles and robust suspension design make the bike more robust than bikes previously available in this price range.

We always liked the way Niners were set up. Their 29er-specific geometry helped maximize the potential of the wheel size since the beginning of the 29er craze.

XC bikes, this bike included, are getting more “modern” in their geometry. Oversimplified, this means a shorter rear end, longer top tube, and a slacker front end.

Niner suggests the RKT 9 RDO is compatible with 120mm forks to morph the bike into a more capable descender. We don’t suggest you do that.

The model we tested shipped with the standard 100mm front travel fork, similar to the bike’s 90mm rear. In that configuration, it is low enough up front to keep enough of the rider’s weight over the front wheel in flat turns, which is what you want in a race bike.

If you want a better descender, we suggest you buy a bike with increased travel like Niner’s new JET or RIP.

Overall the bike feels great going up, down, and in corners. We always feel that Niner’s geometry makes the best of 29-inch wheels. Confidence makes a rider faster, and this bike inspires confidence.

This is the first cross-country race bike we’ve long-term tested with front and rear Boost Hubs. The frame/axle interface gets stiffer, but its the wider bracing angle of the spokes that really make the bike stiff. It probably adds a bit of weight too, but I think boost is a welcome improvement in the cross-country scene that is here to stay.

Early 29-inch wheel bikes suffered from flex and stop due to long spokes and increased torque potential. The new “boost” axle width and improvements in frame and linkage design eliminate this problem.

The “confidence-inspiring” theme continues from this stiffness. The bike is very solid and predictable. 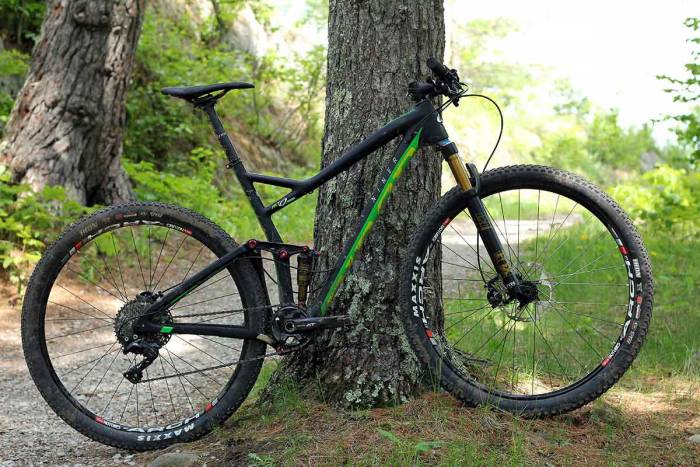 Although confidence inspiring, the bike does not feel as fast as we expected it to. One massive reason for this is the inability to lock the front fork.

Niner puts forks from multiple manufacturers on its bikes, which allows it to spec good forks at each price-point. But it also precludes the brand from getting a single-button double-lockout installed.

If you are racing, you NEED one. This is your number one improvement if you are going to race this bike, and I’m not hesitant to fault Niner for overlooking this on a pure race bike.

CVA Suspension Is Not The Fastest Race Platform

We are not down on the CVA design. In fact, we think CVA rear suspension is a great design. The fact that the top and bottom suspension bar rotate in opposite directions so chain forces cancel each other out regardless of gear selection is elegant and practical.

But we have to point to it at least in part when we are trying to figure out why the bike does not feel as fast as we wanted it to. It is not at the very top of my list when I stand up and rage, needing to pass somebody on the race course. Perhaps I’m wrong, I don’t have any data that shows it’s not as responsive. But I ride a lot of bikes, and the RKT is one step below the podium in my opinion.

It was just announced last week that the CVA suspension is being reworked on the new JET and RIP. Perhaps Niner is aware of a few ways the system can be improved.

Racers train hard for every last second out there, so a race bike can’t leave you wondering if there is another tool better for the job. This one does, if only just a bit.

What would we upgrade? We already mentioned the double lock-out switch it needs. From there it gets a bit complicated because the build list is very good.

Next it would be the wheels, despite the fact we generally love Stan’s Arch Wheels. Seriously, these are our number-one choice for a non-race wheel, and pretty damn good race wheels, too. They are easy to setup tubeless, and the new Neo hubs are excellent.

But if you’re looking to get on the podium, then a set of carbon tubeless is next up.

The RKT 9 RDO is a great bike. It’s strong and confidence inspiring. If you want a bike to race, marathon, and also step up to ride aggressive trails, this is a great option.

The part list is so good we had to recommend buying a set of wheels to supplement Stan’s Arch wheels, and that is saying a lot. We loved the bike, it’s just not the “no-compromise” race machine we expected it to be.

Up Next: LIFT Turns Most Bikes Into ‘Cargo Bikes’