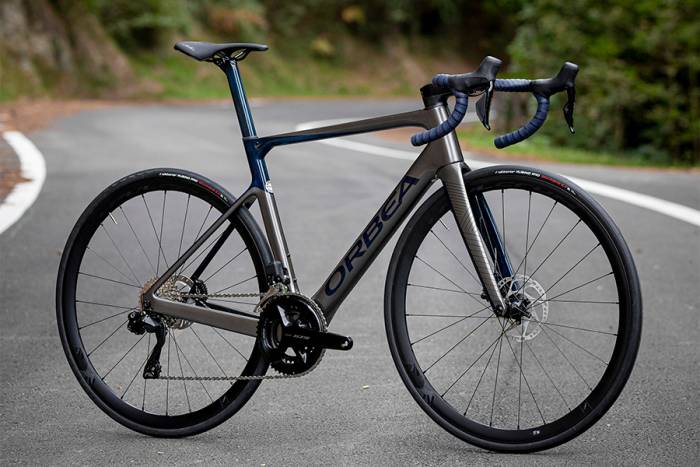 Orbea is expanding its performance carbon road and aero lineup with a new electronic drivetrain option that adds another level of affordability to the brand’s wireless builds.

The Orca, which the brand dubs its lightest and most capable road bike, and its streamlined sibling, the Orca Aero, are now available with the Shimano 105 Di2 groupset.

The specific models of the 105 Di2-specced bikes are the Orca M30i LTD and the Orca Aero M30i LTD. They are available immediately for MSRP $5,999 and $4,899, respectively. The Orca M30i LTD throws in a power meter.

According to Orbea, the Orca is a pure-bred race bike. It’s available in an OMX (higher modulus) or OMR carbon frame with a 32c tire clearance.

The Orca Aero puts more effort into aerodynamics. Orbea says it offers 15 W of drag reduction at 40 kph and 28 W at 50 kph. It also comes in 28 unique handlebar and stem combinations to help dial in ergonomics. It also includes an aero bottle cage and bottle for good measure.

The Orca road bike already came in a wide variety of electronic shifting options ranging in price from MSRP $11,299 to $4,699, including both SRAM and Shimano groupsets. However, the options that run cheaper than the new semi-wireless 105 build don’t come with a power meter or revert back to mechanical shifting.

The Orca Aero comes with drivetrain options, including SRAM Red, Force and Rival eTap, and Shimano Dura-Ace and Ultegra Di2 builds ranging from MSRP $10,999 to $6,899.

In the realm of Shimano groupsets, the 105 drivetrain marks the starting point in the brand’s performance lineup. The Ultegra group is a step above, followed by the pro-level Dura-Ace system.

Until recently, Shimano offered only the Ultegra and Dura-Ace road groups with Di2 electronic shifting technology. But since adding the feature to the 105 system earlier this year, many bikemakers have thrown them onto builds to bring prices down.

The Ultegra and Dura-Ace groups cost considerably more than the 105, primarily due to lighter components. With the 105, riders can put together a bike with higher spec elsewhere from the drivetrain savings while still getting snappy, cable-free shifting. 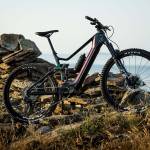 Shimano to Launch New Shifting Modes and Groupsets for E-Bikes

The technology revolution continues with new shifting modes introduced by Shimano for both mountain and commuter e-bikes. Read more… 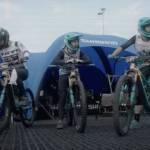 Shimano, Yeti Cycles Work Together to Develop a Rowdy eMTB Team (and Tech)

Yeti Cycles and Shimano put their heads together to create an eMTB dream team. The goal? To take them to the top of the 2023 Enduro World Series. Read more…