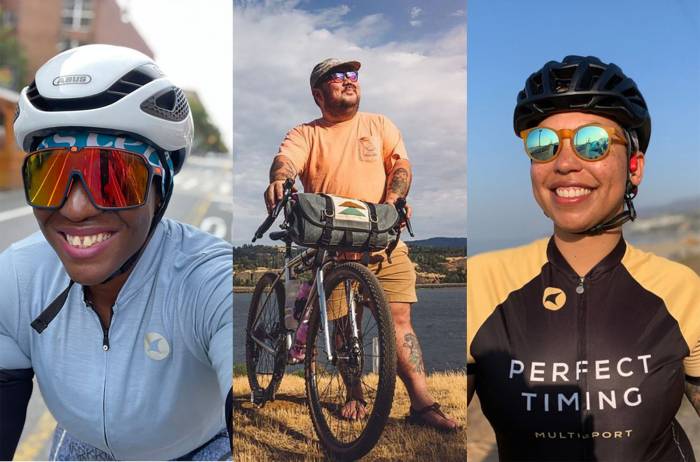 To encourage diversity in cycling, ‘All Bodies on Bikes’ brings 15 non-traditional athletes to SBT GRVL, one of North America’s most significant gravel events.

Like many parts of American culture in recent years, the outdoor sports industry has slowly embraced the idea that representation matters. Now, one group aims to improve inclusivity in cycling.

In one of its first major initiatives, All Bodies on Bikes’ team of 15 non-traditional cyclists will tackle SBT GRVL this weekend. The athletes come from various backgrounds, including triathlon, bikepacking, and para-cycling. Some have never cycled seriously before; some have never biked on gravel.

Yet they will all join SBT GRVL in Steamboat Springs, Colo. All Bodies on Bikes athletes will compete at all distances: 37, 60, 100, and 144 miles.

The athletes receive support from Pearl Izumi, which said it has supported All Bodies on Bikes since its inception. This year, the cycling company signed Marley Blonsky, co-founder of All Bodies on Bikes, as an athlete and brand consultant.

A post shared by All Bodies On Bikes (@allbodiesonbikes)

A Diversity of Athletes

Pearl Izumi said Blonsky works closely with the brand on expanding sizing, inclusive marketing, and supporting riders of all sizes. But with the inclusion of disabled cyclists like Andrew Bernstein, it’s clear that the group’s mission is about more than just body shape.

Bernstein survived a hit-and-run in 2019 that left him with permanent paraplegia. He now walks with adaptive bracing and can ride with the help of an e-gravel bike. SBT GRVL will be his first competitive event since the crash that nearly killed him.

“As a life-long cyclist and accomplished bike racer, there’s a lot that I used to take for granted — bikes and bike clothes would fit me, and I’d have a place at any bike event. After becoming disabled in 2019, I quickly realized that I couldn’t take anything for granted,” said Bernstein.

There’s also Daniela Ochoa Diaz, originally from Venezuela, who works to increase the participation of People of Color in triathlons.

‘All Bodies Are Good Bodies’

In its mission statement, All Bodies on Bikes focuses on inclusivity.

“ABOB believes that all bodies are good bodies, all bikes are good bikes, and all rides should be celebrated,” the group says. “The goal of ABOB is to empower all people, regardless of body size, ability, or perceived fitness level, to enjoy riding a bicycle.”

Through her work as an ambassador for Shimano and Pearl Izumi, that’s exactly what Blonsky has worked to promote. To that end, she will also host several events during SBT GRVL. They include a Common Ground Panel on Friday when she joins a panel discussing inclusivity in the sport.

In a news release, Bernstein related what the organization had done for him.

“Being a part of the All Bodies on Bikes movement has helped me connect with other cyclists who must work harder to create a space in the cycling community,” Bernstein said. “My All Bodies on Bikes teammates have been an incredible inspiration to me this year, as we’ve all been preparing for SBT GRVL, and it’s been motivating to me to share my accomplishments while also seeing everyone else overcome their own challenges.

“I’m so grateful to Marley for creating this group and allowing us to show each other and the broader community that anyone can find a place in cycling and accomplish goals on the bike.”

If you’re going to be at SBT GRVL, you can connect with the team throughout the weekend at several meet and greets and events. Join them first this Friday for a 4-6 p.m. happy hour at Ice Box Steamboat along the Yampa River, which concludes with the panel discussion Blonsky will take part in. 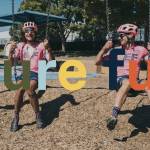