Designed by a former bike messenger, sewn by hand in a gritty downtown Los Angeles factory, and constructed of pricey raw denim, these jeans by Cadence hit a trifecta of trendiness. 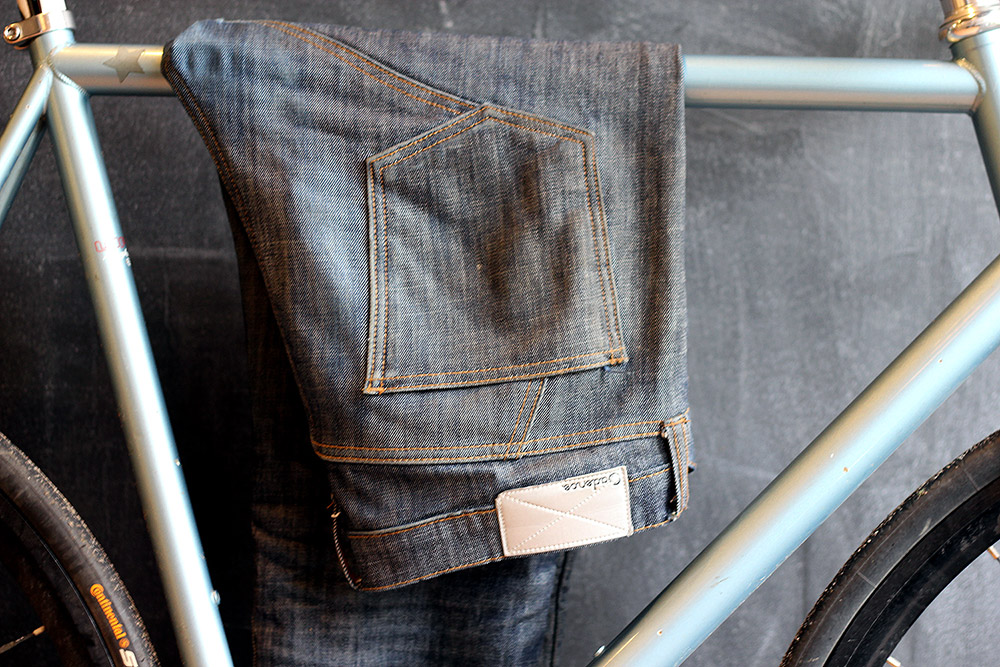 But after two months of hard wear I will attest the Cadence Raw Denim jeans live up to any awarded hype.

In short, the jeans look good, feel good, and are functional on and off the bike. They go for $110 but are worth the cost for anyone in need of a do-all pair of pants.

The longer version: More than a decade ago, tired of his pants tearing from wear against a bike seat, Cadence founder Dustin Klein began experimenting with jeans. He added patches and reinforced stitching, attempting to construct pants he could ride in all day.

Today the San Francisco brand manufactures bike apparel in the USA for serious riders and city commuters alike. The jeans, though they look normal, meld Klein’s years of tinkering with everyday pants and the company’s propensity toward performance. 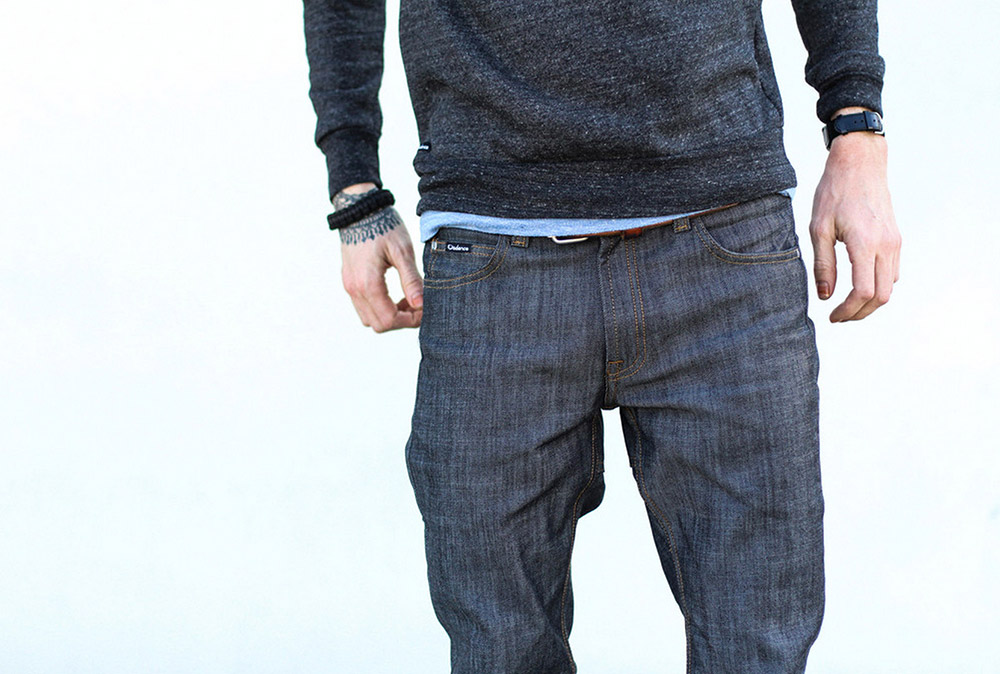 They are normal jeans, but on a bike the pockets and stitching are in the right places. The pants are durable on the seat and all around, built to slow material “blow out” from moving legs sawing the fabric against a bike seat.

My legs are not encumbered while pedaling, even though the jeans fit tight. A bit of Lycra in the denim adds stretch.

A reflective patch on back gives a hit of visibility to cars, and the ankle cuffs are tapered to never interact with my chain.

How have they held up? After an estimated 200 miles of riding in the jeans over a few weeks there are minor signs of wear on the raised stitching where the fabric contacts the bike seat. I guess another 200 miles before it becomes an issue.

Off the bike, the jeans appear to be workaday pants. The raw denim is stiffer than pre-washed Levi’s out of the box but it works to a precise fit after a few wears.

Finally, the jeans do not require washing very often. I go for weeks between laundry cycles, putting them into the clothes bin only if mud or road spray is bad. 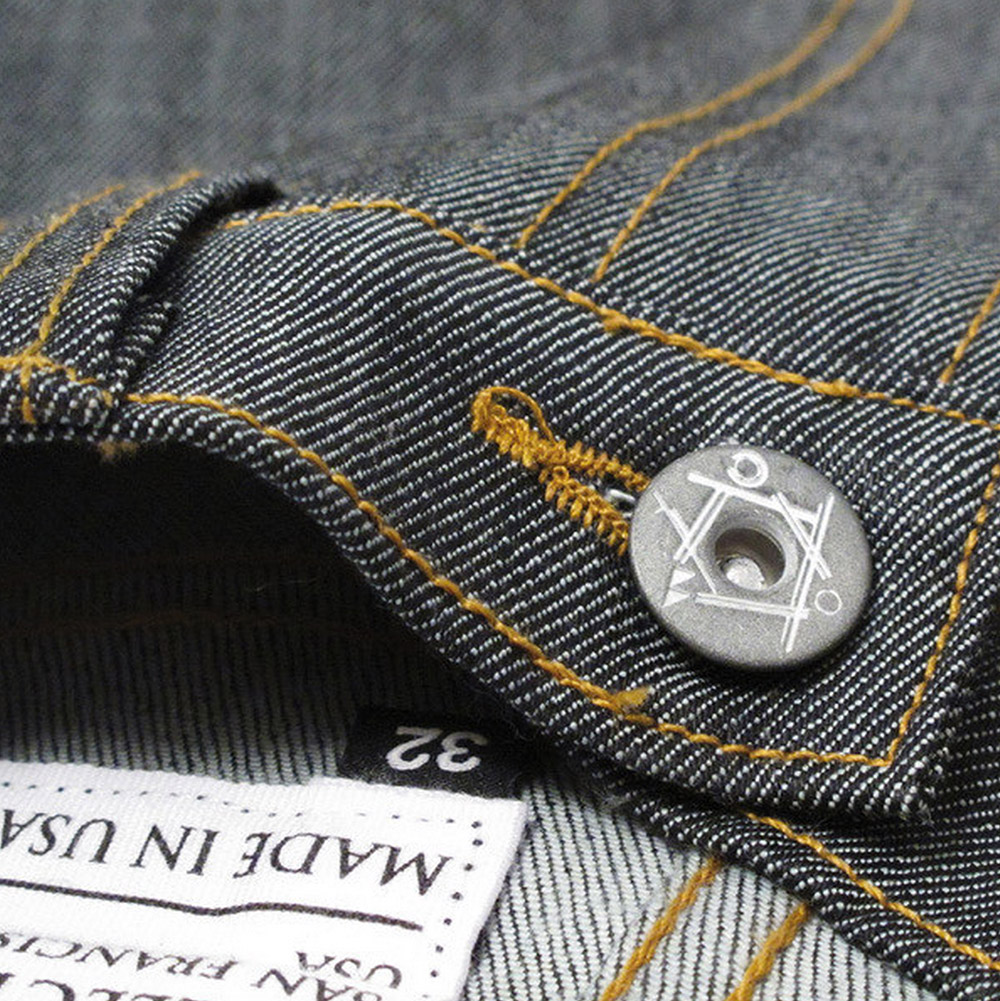 As with most jeans, the Cadence pants do not need soap and water very often. The company gives instructions to “Wear your denim as long as you can without washing.”

I like the ethos of that as well as the simple utility. Less laundry is a time saver for the pants owner and a water saver, too.

Check out Cadence for an upgrade to your everyday pants, off the bike, on it, and for the places in between.

Up Next: ‘unReal’ Trailer: MTB Movie Coming To Big Screen