Home » Biking » On The Ground At America’s Craziest MTB Event

Red Bull Rampage puts incredibly talented mountain bikers to the test on courses of their own making. We sent a reporter to the scene in Utah to learn more (and snap some stunning images along the way).

Red Bull Rampage is insanity. Riders are flying through the air at incredible speeds, often upside-down. Helicopters are swirling, filming the event or (unfortunately) whisking away riders who need medical attention.

Beautiful women are everywhere. Muscled dudes are walking around with their shirts off. Fans with bullhorns are keeping spectators riled up. Everything is in extreme doses, including the energy beverages.

The tenth Rampage is in the books. Despite an anticlimactic finish, as the last two riders had to ditch their runs because of weather, the event had more than enough to keep the crowd wildly entertained. 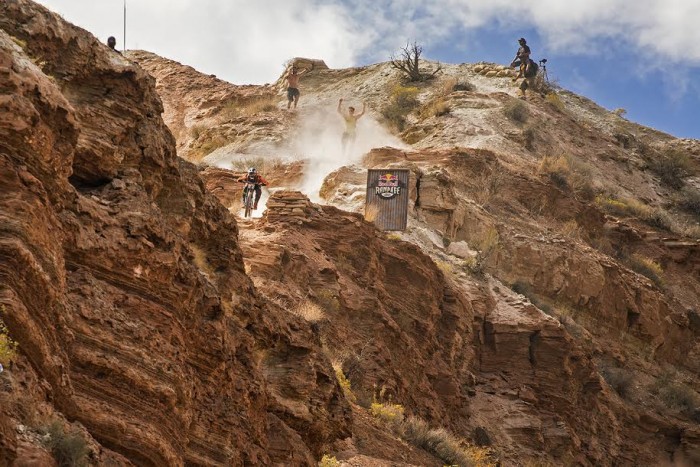 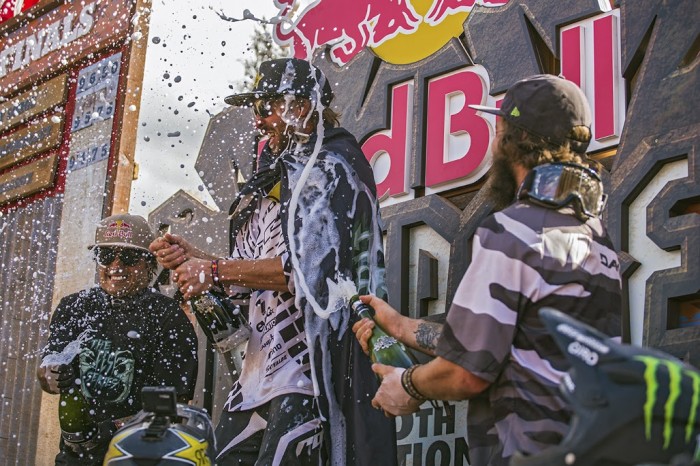 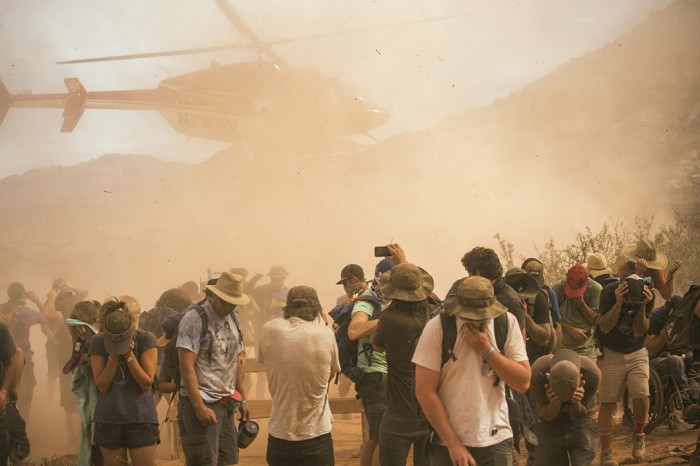 There was a scary moment when Paul Basagoitia wrecked on one of the large drops in the course and needed to be airlifted to a hospital. A helicopter swooped in, kicking up a huge dust storm that sent people running. Announcers at the event later said that Paul is okay, but it is hard to know what “okay” means.

Far from the spectators’ vantage point, riders worked down the most technical terrain. It is hard to comprehend just how difficult and dangerous the terrain is from below.

The middle and lower sections of the course contain the crowd pleasers. Sam Reynolds’ superman over the 78-foot canyon gap was mind-boggling, and deservedly it won him “Best Trick” of Rampage.

Antoine Bizet, after an impressive run, which included a front flip in the upper section and a backflip over the canyon, could not haul in a double backflip off the kicker at the bottom of the course that possibly would have won him the event. 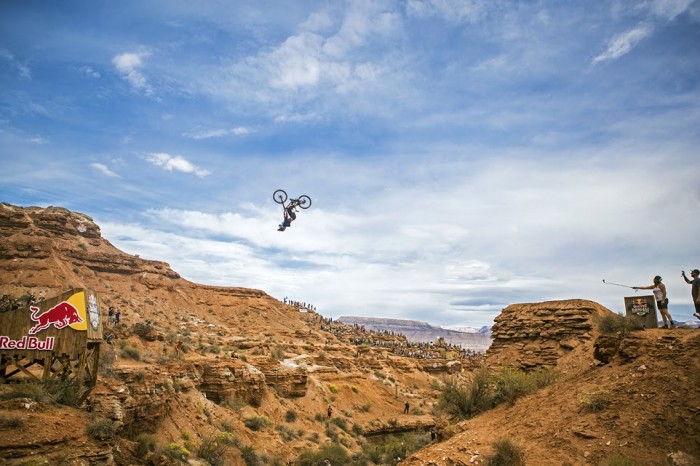 There is inevitably some discussion about the judging or the course that Rampage has gone in over the years. But one thing is sure, Rampage is a hell of a show.

–Eric Hanson is a photographer, writer, and adventurer who just returned from seven months of trekking in South America. He is reintegrating to society driving around the Southwest crashing on couches. Find him on Instagram @ericrhanson.

Up Next: ‘Rampage’ Competitor Completes Run After Insane Crash