Someone had to make the first runs at Red Bull Rampage 2018. Meet the crazy ‘guinea pigs’ who took freeride mountain biking to a new level at this year’s epic event.

In whitewater kayaking, they are known as “probes.” Climbers call them “rope guns.” And mountain bikers call them “guinea pigs.” What they all have in common is going first, testing new routes to see whether they’re good to go. 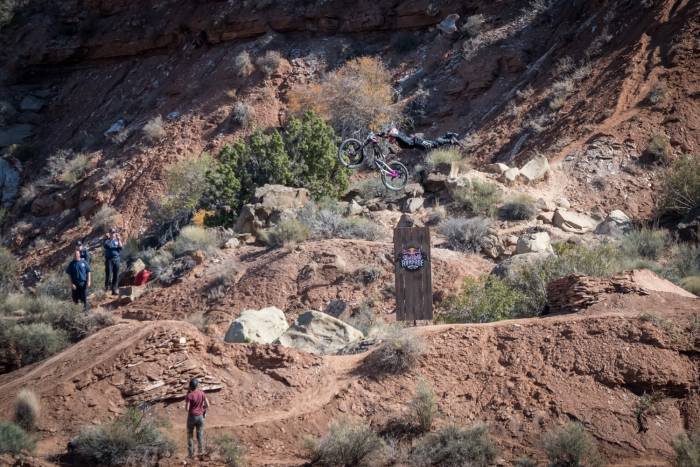 With an all-new venue, disclosed to riders just a few days before it was time to build, competitors and their two-man crews had to build new lines. They had to create flow and provide big but rideable drops. The dig crews also had to develop some freestyle features. All these elements are necessary to win Red Bull Rampage.

Of course, then they had to ride.

For 2018, riders had an all-new venue to contend with for Red Bull Rampage. The previous home to Rampage was utilized for a few years, allowing competitors to refine and build upon previous routes. This year, they all had to step up and cut a new path into the mountainside. 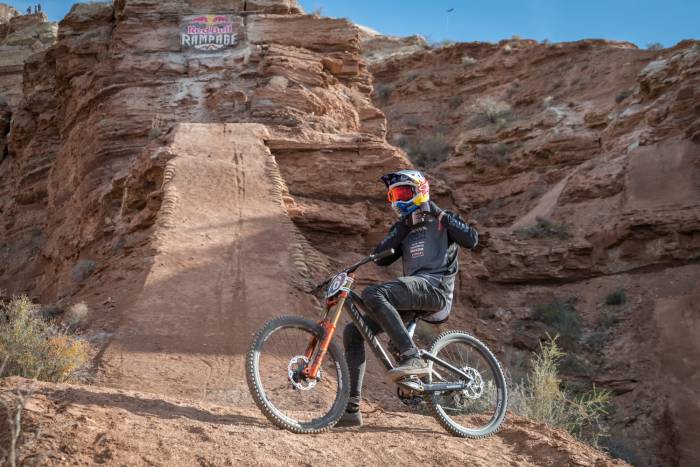 The blank canvas was also considerably taller and steeper. It was about 750 feet high, 150 feet taller than last year. The steep, rocky, loose terrain required some serious effort to find and cut lines through. In fact, the course was so steep it proved a substantial challenge just to climb/walk up and down it, no less ride a bike down it!

Some of the participants and their teams of two diggers only had eight days to route and build a line from top to bottom. Organizers created a start and finish line, some boundaries, and then let the teams get to work. All but one team was able to complete their line. 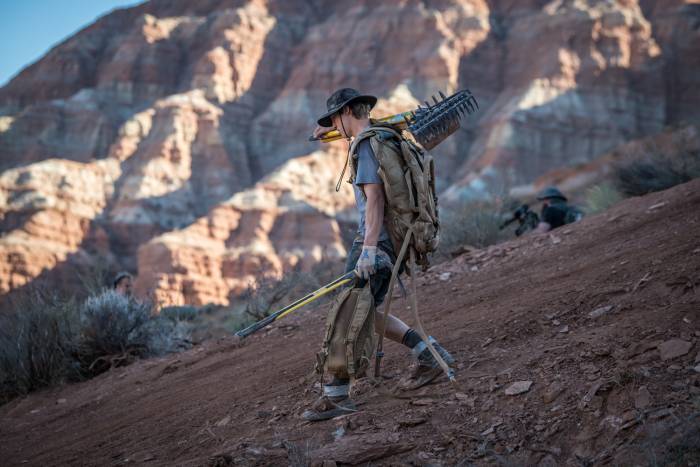 Teams dug all the lines by hand and shaped them with shovels, pickaxes, digger bars, rakes, backpack water bladders, and sandbags. With the new venue came an insane amount of work.

Also, unlike past events with wooden jumps and features, the new course required teams to use only the natural materials on site to create their lines. Only the starting platform comprised something more than dirt and rock.

Commitment and Confidence: The Guinea Pig

Riders try to do sections of the run in practice and hope to get one smooth run from top to bottom laid down before the big competition. This is called “guinea pigging” the line and is for sure the most stressful time for all involved.

Is the jump the right shape and size? What is the right speed to make sure you don’t under- or overshoot the landing? Is there enough room to slow down before going off the next drop? The list goes on. 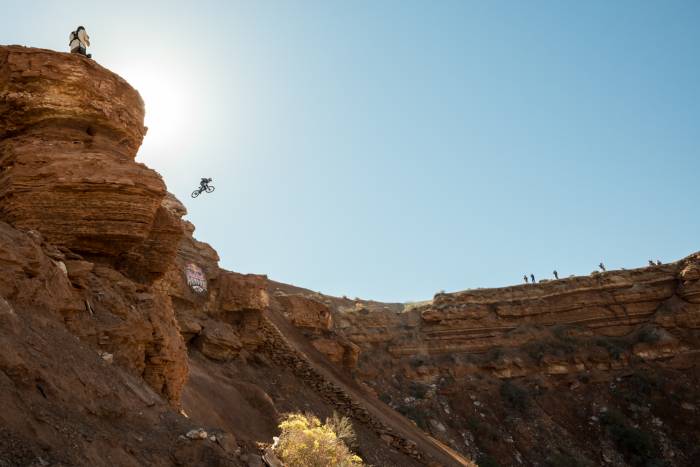 Wind the night before the competition, and the morning of, played some mind games on the competitors. Many didn’t get a chance to drop all of their features and get in a whole practice lap. They were busy building all the way up to the competition, and the windy times were their only chances to ride the course. Needless to say, riding off 50-plus-foot cliffs in high winds is not advisable!

Twenty-one athletes were invited to battle at the new 2018 venue, but only 19 started on competition day due to injuries in practice. Four competitors crashed on their first runs, with many more having major issues. A handful of riders even opted not to take their second competitive run, mostly because of injury, some because they thought they couldn’t improve their score. And still others waived a second run because the course offered such a high risk of injury.

No words or photos will do Red Bull Rampage the justice it deserves. This is an event that really needs to be seen in person to fully comprehend. The steep, technical terrain and insane rider skills look good in photos and videos but are so much more awe-inspiring in person. 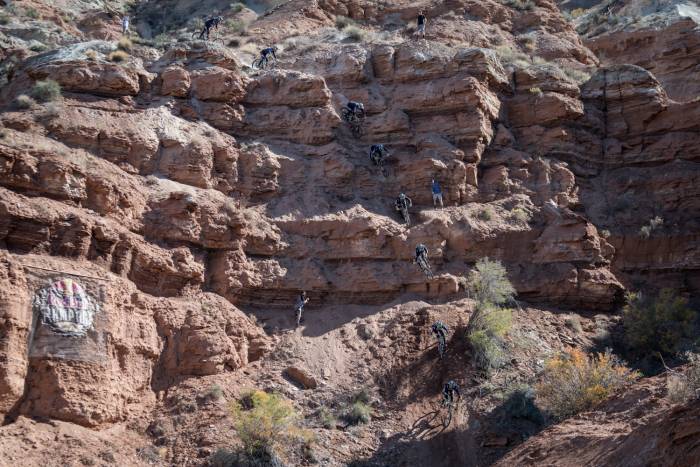 If you didn’t experience the Red Bull TV App during the comp, you should check it out now. It has an augmented reality feature that puts a 3D map of the Rampage event site in the palm of your hand. The map is loaded with highlight videos, photos, rider’s lines, and a few fun Easter eggs. Be sure to click on the helicopter.