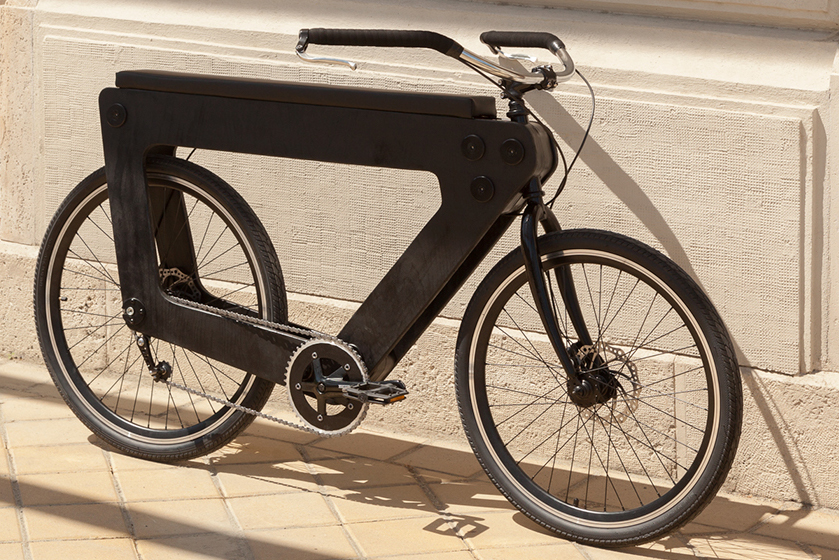 There are lots of ways to customize a bike: Give it a flashy paint job, add brightly colored pedals and handlebar tape, plaster it in stickers. Or, if you’re a pre-professional design student, you could cut the frame from two sheets of plywood, slap a full-length bench seat on it, shellac it, and call it good.

Well, at least that’s what Moholy-Nagy University of Art and Design student Tamás Túri did. In May, the Hungarian designer created a working prototype of what he calls the REVO: A trendy twist on the modern tandem bike. 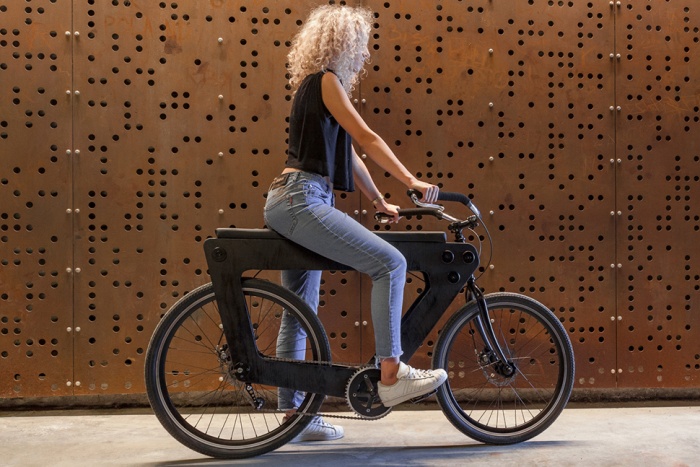 “Imagine it as IKEA furniture,” Túri said. “The assembly shouldn’t take longer than half an hour.”

Túri claims the beechwood frame is more flexible and comfortable on concrete, pavement, and bumps. But the wood actually isn’t the craziest part of this design; it’s the seat. Better put, it’s the bench. 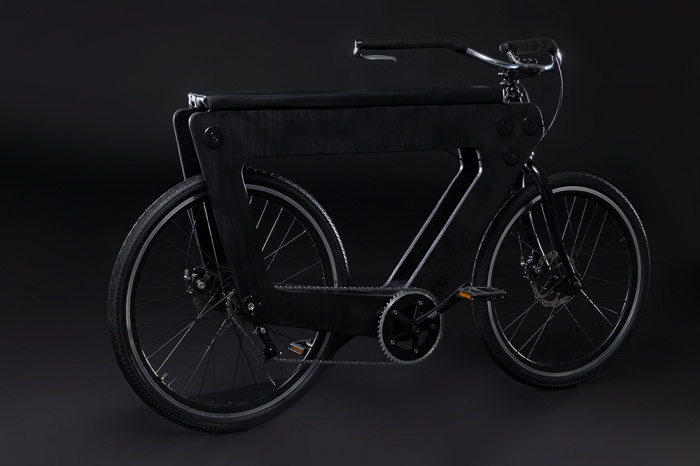 Túri stripped away the oft-bemoaned bike seat and replaced it with a longer, wider “scooter-inspired” cushion that runs the entire length of the frame. According to Túri, this alleviates most of the discomfort of traditional saddles.

“The back, neck, shoulders, and wrists are completely released from burden thanks to the forward pedaling motion and the straightened back,” he wrote on the REVO project page. 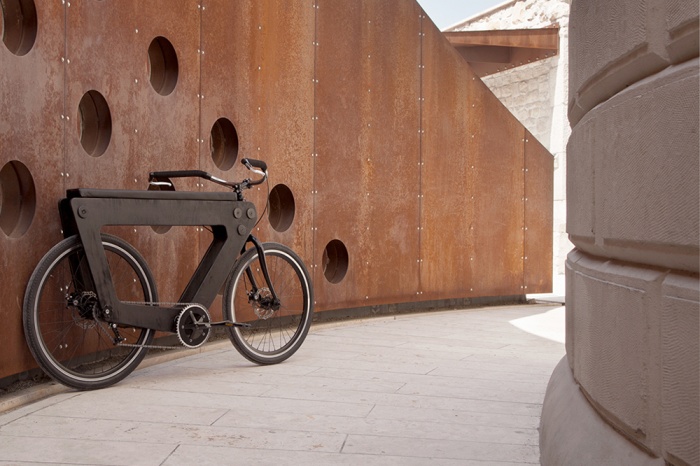 Sliding forward and sitting more upright has one other perk: There’s room for a buddy!

At present, it looks like the passenger doesn’t have any place to put their feet, but the REVO is still just a one-off prototype. 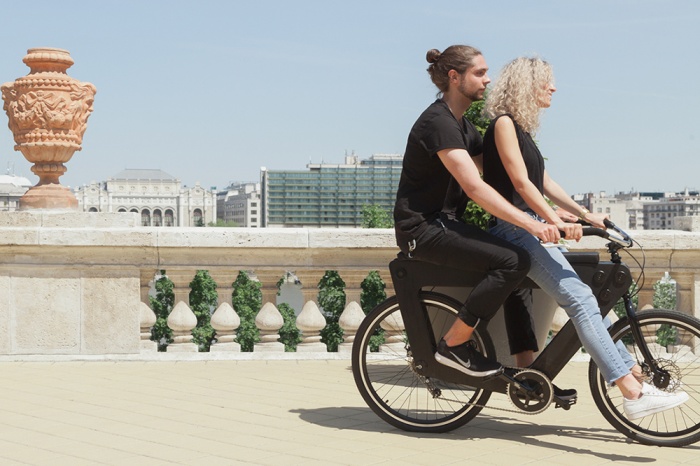 Two pre-cut plywood sheets bow outward around the rear hub and form the core of the REVO. Steel reinforcements join the wood halves near the headset, bottom bracket, rear hub, and back of the top plank. The supports hide beneath 3D-printed plastic covers. 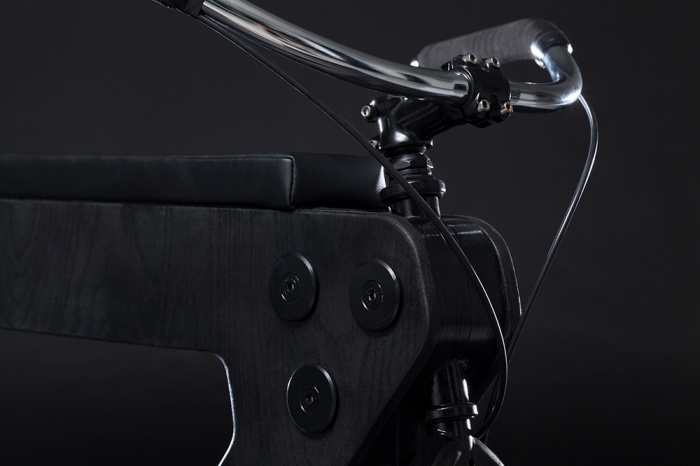 As for the guts, the bike still uses a traditional fork and drivetrain. Túri built the prototype as a single-speed but said it can accept a rear derailleur. And as for rain, Túri told me the lacquer he used has held up well so far—though he noted, “I am still testing it to see how it reacts to different kind of weather and road surfaces.” 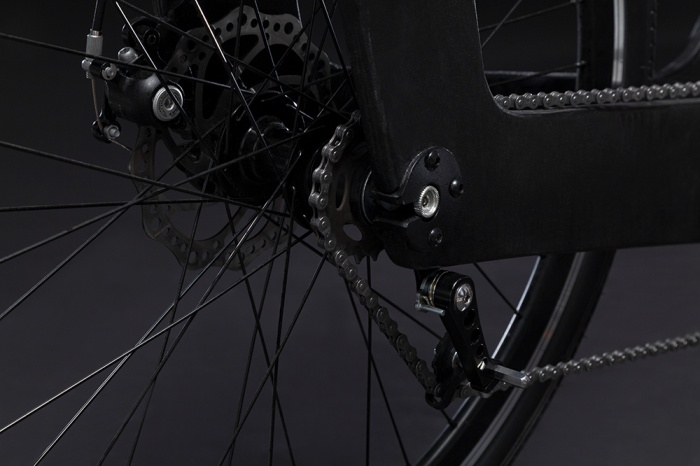 There’s no official plan or launch date set, but Túri said he looks to scale the REVO for production. The cost? He estimates this lumbercycle could run between $1,000-$1,400.

Up Next: Caught On Camera: School Dean Hits Cyclist, Speeds Away

Saving…
Caught On Camera: School Dean Hits Cyclist, Speeds Away
Creative Camping: Where To Sleep When There’s Not A Site
×