From noon to night, the 2017 line of Ryders ‘Fyre’ cycling glasses pack a lot of features into an all-conditions, anytime lens. And the price reflects it. 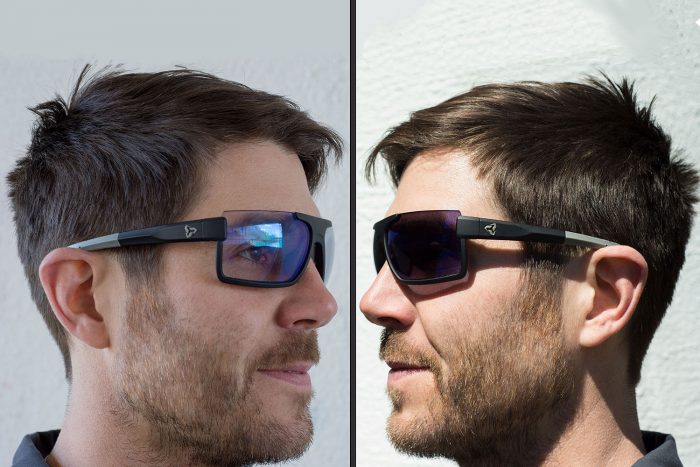 Everyone needs eye protection from the sun, but cyclists are a bit more needy. Weight, shape, tint, and fit are especially important, as cyclists must shield peepers from sun, wind, and bugs, day and night.

This month, Ryders launched its Fyre Collection of sunglasses with frames geared toward bike riders. The lenses are photochromic, automatically varying tint by ambient light, and have “color boost,” mirroring, abrasion-resistance, and anti-fog.

In short: In our tests, Ryders responded well to changes in light. They are almost clear at night and have sufficient tint in bright sun to keep out glare. We think they’re great glasses, but they come at a high price: $220. 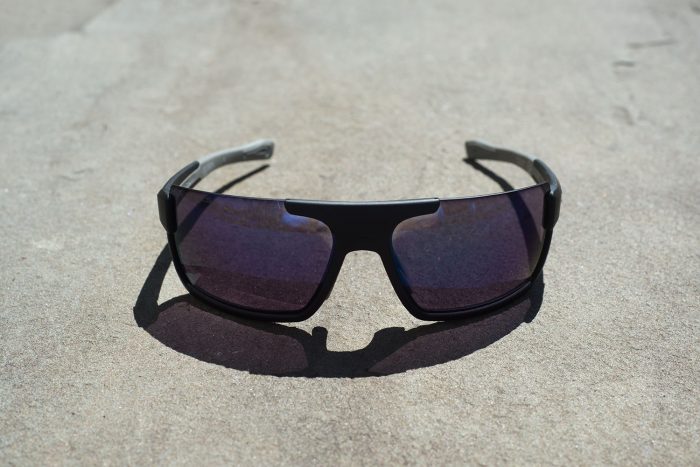 There are four cycling-specific frames that use the Ryders Fyre lenses: Roam, Flyp, and Incline. We tested the Incline, but read below for info on the other frames.

Ryders touts the lenses as some of the most feature-rich on the market, made from a “proprietary performance polymer” that’s used in helicopter windshields. That’s true, and while the material (known as Trivex) has been used in eyewear since 2001, it is still the standard for clear, crisp lenses. 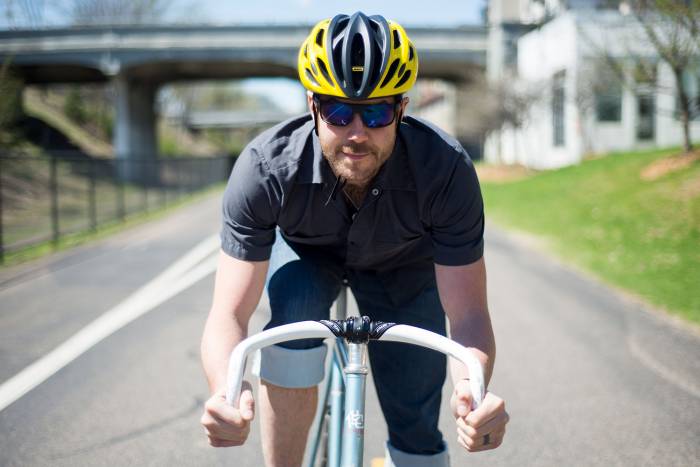 Trivex’s main upside is that it doesn’t warp or deform light even when curved, so it’s great for forming lenses. It’s also less dense than polycarbonate while remaining shatter- and scratch-resistant.

There are a lot of cycling glasses on the market that can boast impact-resistance, photochromic “transition” lenses, or anti-fog features. But Ryders packed all of this into their patented inverted frame design. 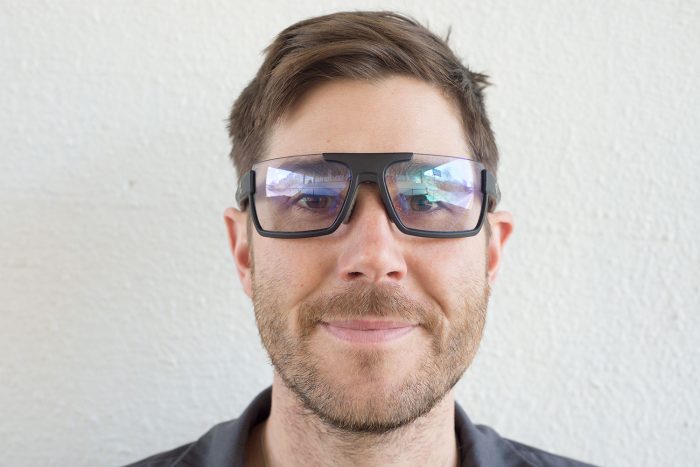 The Incline frames — like the Flyp and Roam models — support the lenses from the bottom. It’s not unheard of, but it’s still far from common. The idea is that cyclists tend to look through the top of the lenses when they’re in a crouched, forward position. Most full- or top-frame glasses block at least some of the rider’s field of vision.

The Incline frames sport adjustable nose pads and earpieces. This was great for dialing in comfort. The semi-frames did make a big difference in my field of vision when cycling. I noticed and welcomed the absence of a top frame, though there was a small gap between lens and brow.

We took these glasses out in day, night, and rain rides around the streets of Minneapolis. The first thing to note is the range of tint. We tested grey lenses with visible light transmission (VLT) of 17 – 77 percent. The lower the VLT, the darker the lens. For context, super dark glacier and mountaineering glasses typically begin at 20 percent, and low tint is considered 80 percent and above.

The lenses were great for our night rides. In bright conditions, there was a short lag as the tint corrected, but it was set within a minute of sun exposure. Though the tint didn’t appear significant, brightness was not a problem.

Overall, the brand’s “color-boost” claim was somewhat true. Colors in general were muted as they are in most sunglasses. But hues were easily identifiable even under full tint.

The anti-fog coating worked perfectly during a rain ride. Unfortunately, we did not have the chance to test in cold weather to see if the bottom frame helped prevent fogging when wearing a facemask. But in significant cold, goggles would be a better choice. While they do make goggles, we haven’t tested them yet.

The glasses are lightweight — 1.1 oz. (31g), though there are lighter frames on the market.

Up Next: Sci-Fi Ascent: Firm Calls For Route Up Tallest Mountain On Mars