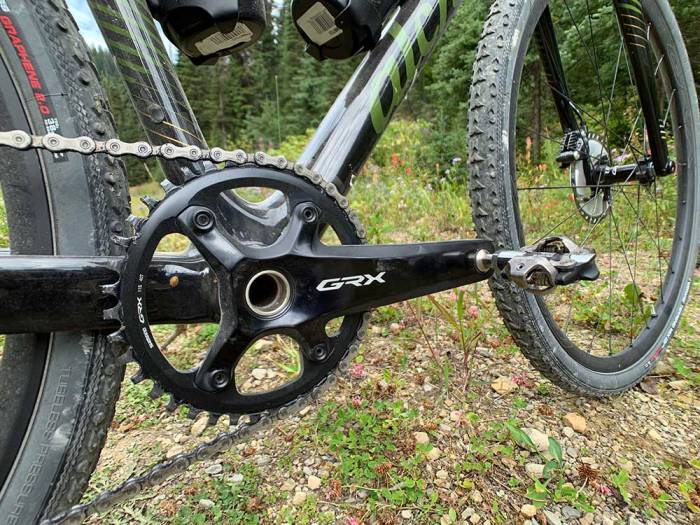 Whether evaluating a new bike or planning to upgrade one you already own, you’ll need to understand the various component specs.

Shimano makes a wide range of groupsets across mountain, road, gravel, and commuter bike styles. They range in price from a couple of hundred dollars to more than $1,000.

They include traditional cable-driven shifting technology and new electronic, cable-free components that are fast becoming ubiquitous in cycling. And with different identifiers, like Ultegra, Deore, and 105, it can be confusing to discern which is best for you.

This rundown will touch on some entry-level components, but we will focus on Shimano’s lineup of off- and on-pavement performance groupsets. 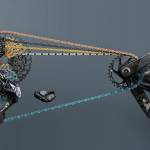 SRAM Groupset Hierarchy Explainer: What You Need to Know

Whether evaluating a new bike or planning to upgrade one you already own, you'll need to understand the various component specs. Read more…

The Tourney, Altus, Acera, and Alivio groupsets round out the lower end of Shimano’s trail-oriented drivetrains. Many of these drivetrains will be found on lower-end bikes in department stores, on up to entry-level mountain bikes.

The Tourney is available in six-, seven-, or eight-speed options with multiple chainrings. And the Altus, Acera, and Alivio feature nine-speed cassettes with various chainring options.

Because of the dual or even triple front chainring options on these groupsets, they are heavier and more complicated to use than Shimano’s more modern, higher-end options, which is where this hierarchy will focus.

The genuine contenders for Shimano begin in the 11- and 12-speed options, which include Deore, SLX, Deore XT, and XTR. These drivetrains are reliable trail groupsets that maintain very similar characteristics, but they vary slightly in features and materials the higher up you go.

At the most approachable level of Shimano’s core MTB component spec sits the Deore groupset. It’s available with a 10-, 11-, or 12-speed cassette. The 12-speed version is available as a 1x, with only one front chainring, while the 10- and 11-speed options can be a 1x or 2x setup.

The 12-speed cassette attaches to a Shimano Microspline freewheel body and supports a range of 10-51t on the cassette. The 10- and 11-speed options fit with the Shimano HG free hub body.

SLX is a step above Deore. It is a 12-speed groupset around 200 g lighter than the SLX and about $100 more. The SLX and Deore groupsets feature single-click upshifting rather than a multiple-click on the XT and XTR models.

That feature makes it easier to run through gears more quickly on the higher-end groupsets.

The XT groupset moves toward a more refined setup. It comes equipped with a 12-speed cassette with a 10-51t range cassette with either a single or double chainring option.

A significant change with the XT compared to other models is the introduction of a multiple-click shifter that allows upshifting of more than one gear with a single stroke of the shifter paddle. It makes this drivetrain more responsive.

The XT groupset also is available in a Di2 electronic shifting model in a 1×11 setup.

XTR is the cream of the crop for Shimano’s MTB groupsets.

Like the XT, XTR shifters have multiple-click features and are available in the Di2 electric shifting setup. They also feature an expansion ring fit for the bottom bracket that departs from all other Shimano mountain bike groupsets, which use traditional cinch attachments.

It comes in multiple drivetrain options, including 1x and 2x setups.

Shimano Deore groupsets start around $200 for drivetrain components, and steadily increase through the lineup. Any electronic components will be more expensive than traditional cable-driven systems. The various component groups step up in price from there, with XTR groupsets commanding a price north of $1,300.

But these are not considered high-performance models. Those begin in the 11- and 12-speed range, and include 105, Ultra, and Dura-Ace models.

Shimano says the 105 line is made for newer riders who are ready to begin riding more seriously.

Ultegra is firmly in the category of higher-end components. The latest version of Ultegra, the R8100 Series, is built around the 12-speed, all-electric Di2 system. It’s available in 1x or 2x setups with 50-34 or 52-36 chainrings, along with cassettes ranging from 11-30t to 11-34t.

The latest model also is available with the new Ultegra power meter.

Dura-Ace is Shimano’s top line of road groupsets. The Japanese brand says the latest 12-speed R9200 Series is the fastest groupset the company has ever designed.

Like the Ultegra, Dura-Ace employs the all-electric Di2 system, but is lighter.

Shimano road groupsets start at $200-300, and steadily progress to well more than $1,000, depending on a wide spectrum of options that can swing a price by hundreds of dollars.

A complete Dura-Ace groupset goes for about MSRP of $2,000.

For those where neither road nor MTB-specific setups will do the job, Shimano’s gravel-dedicated GRX line fills the void.

The GRX groupset includes ergonomic designs to make riding over chunky terrain more conformable, along with a rear derailleur clutch to cut down on chain drops and slap.

The GRX derailleur also comes in two options with a maximum low gear of either 34t or 42t, the larger of which is compatible with MTB cassettes.