On the last day before time trials at the Tour de France, teams are on their last seconds to fine-tune their kits. Specialized team riders will choose from a quiver of three updated S-Works helmets.

The new lineup of Specialized S-Works helmets encompasses three familiar models, all optimized for airflow and aerodynamics. Each one focuses on a specific set of conditions and riding disciplines.

To perform the upgrades, Specialized rolled out fluid dynamics, finite element analysis, and testing on multiple continents including aero trials in its “Win Tunnel.” Rider feedback informed the process that ultimately produced the competition-focused Evade 3, lightweight Prevail 3, and speed-optimized TT5.

Without further ado, here are the three models you’ll see on the noggins of Specialized riders. 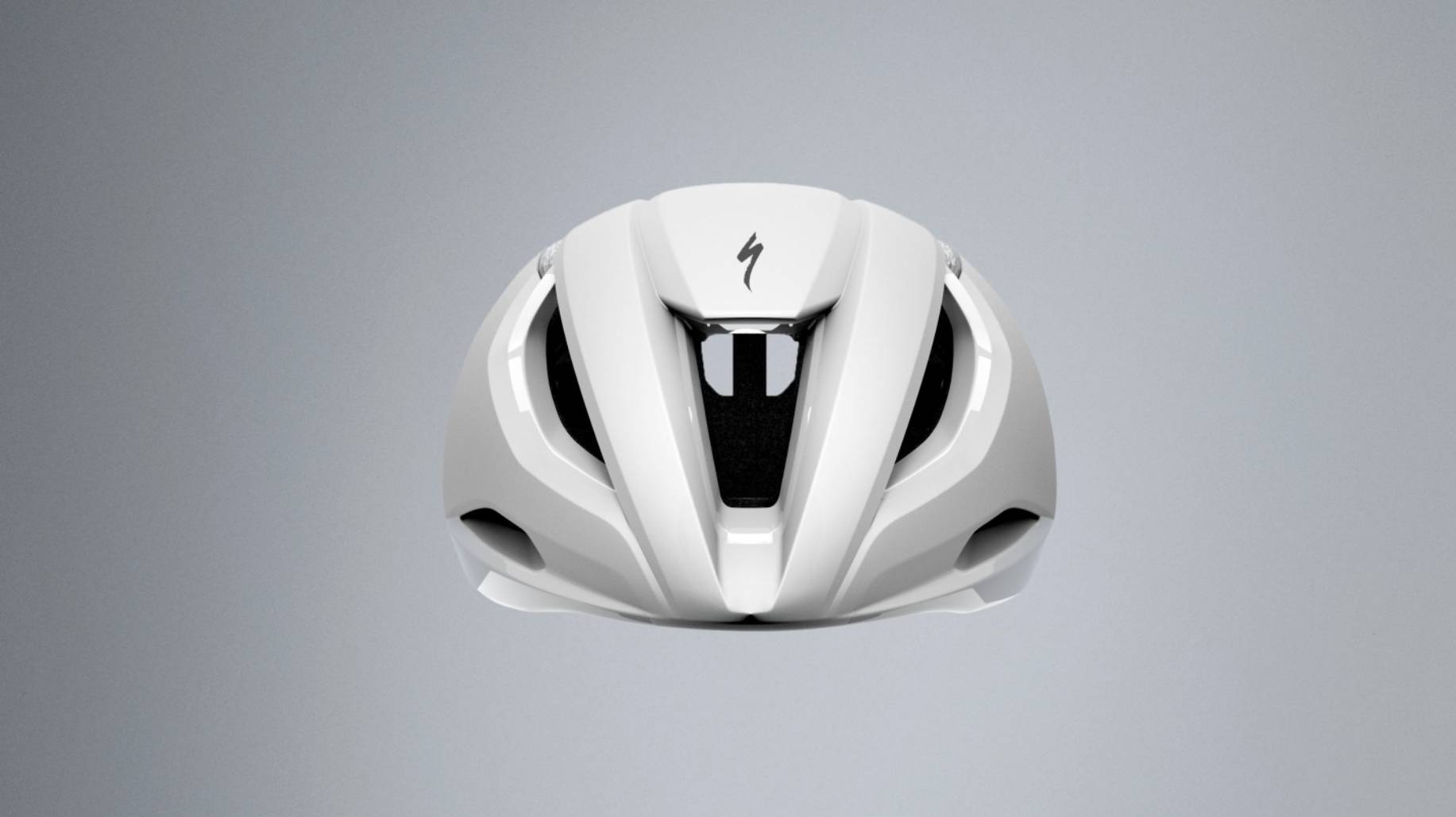 When Specialized looked at updates the Evade 2 needed, it found the most room for growth in airflow. But fluid dynamics tests also showed its slight teardrop shape made sense. Making aero gains would require a redesign that didn’t compromise overall form factor.

Enlarged front vents primarily help increase airflow. A rear diffuser, brand new to the design, helps airflow as well but also supports aerodynamics at the top back of the helmet. That area, according to Bikerumor, was one of the previous design’s few draggy spots. 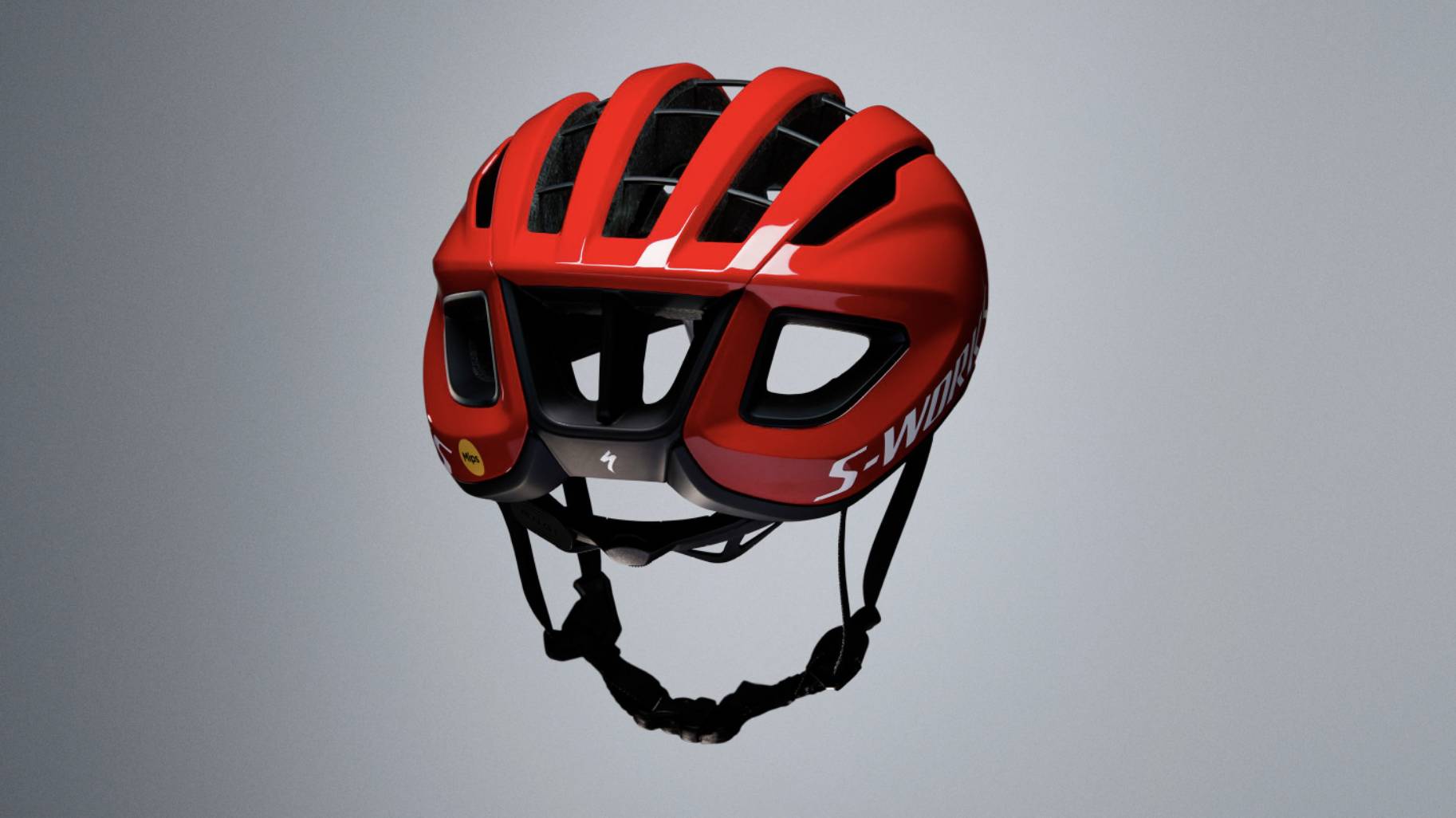 Everything from Formula 1 cars to structures found in nature inspired the diffuser. The result? The Evade 3 has 10% better ventilation than the Evade 2, and it maintains aero performance at the top of the road helmet class. 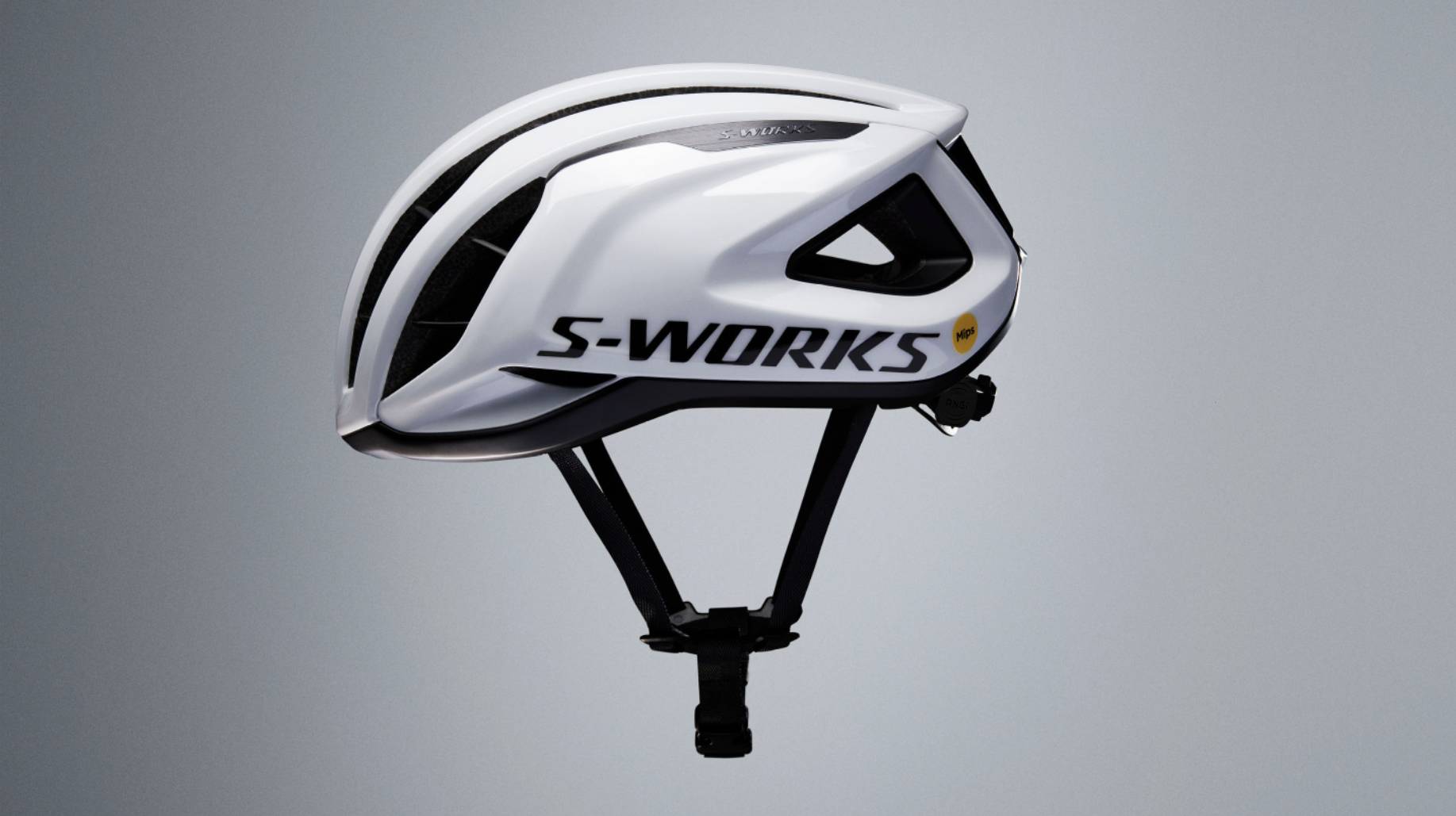 The Evade 3 (like the Prevail 3) also adds MIPS Air Node technology to lower rotational impact force but minimize sacrifices in profile and breathability. MIPS Air Node integrates directly into the padding, behind a sleek low-friction layer.

With proprietary development, Specialized added perforations in search of a balance between breathability, safety performance, comfort, and weight savings.

Seeking to make the S-Works Prevail even more lightweight and ventilated without compromising protection, Specialized took the design to the Win Tunnel. The all-around helmet still had to perform on long climbs in the hot sun and hold up in case of a worst-case scenario on a downhill. 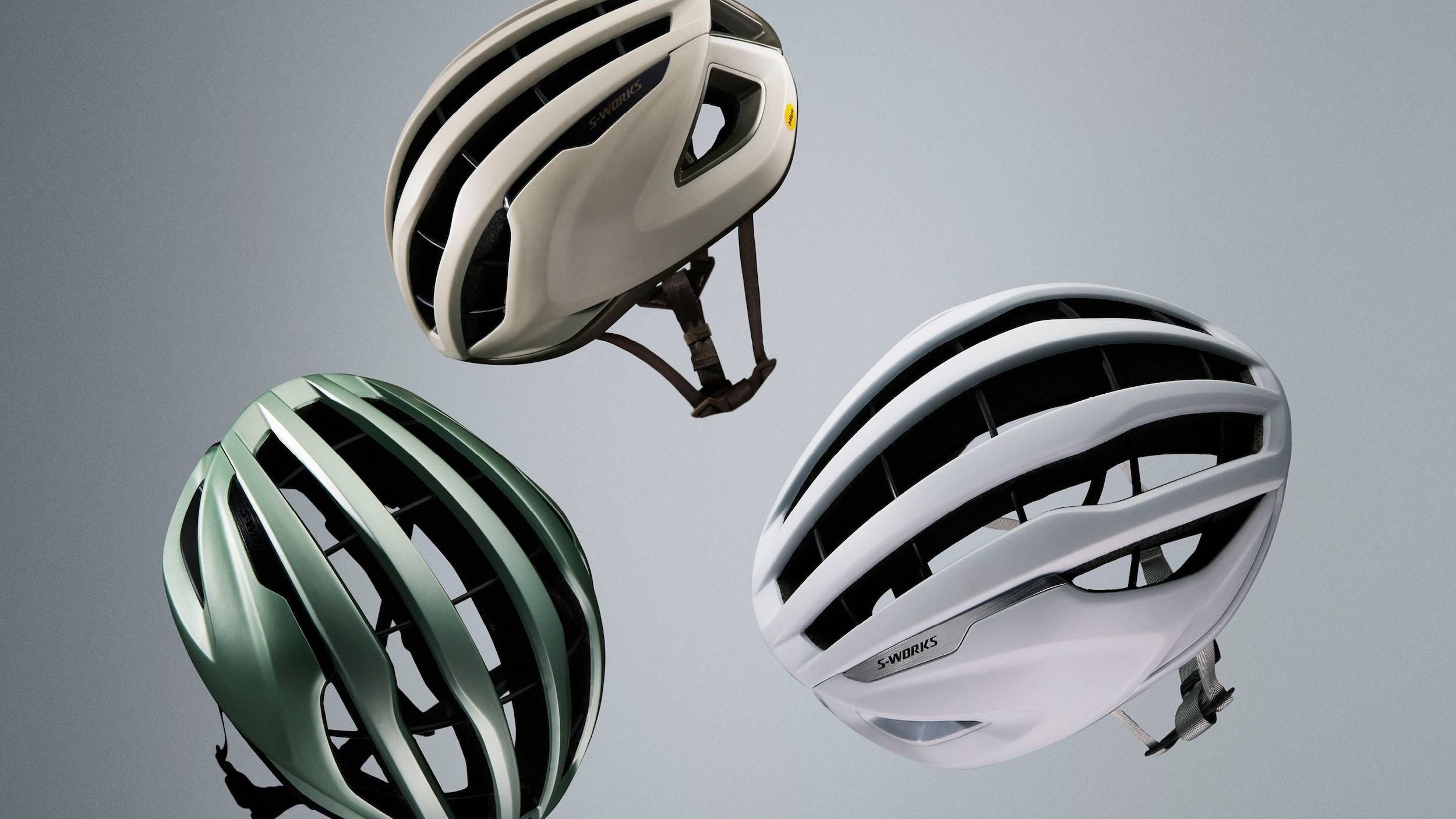 Through testing, the team found it could eliminate the bucket’s air-blocking foam “bridges” from the Prevail’s crown by introducing a narrow carbon roll cage. The unique design also increases the previous unit’s ventilated surface area by a massive 24.5%. 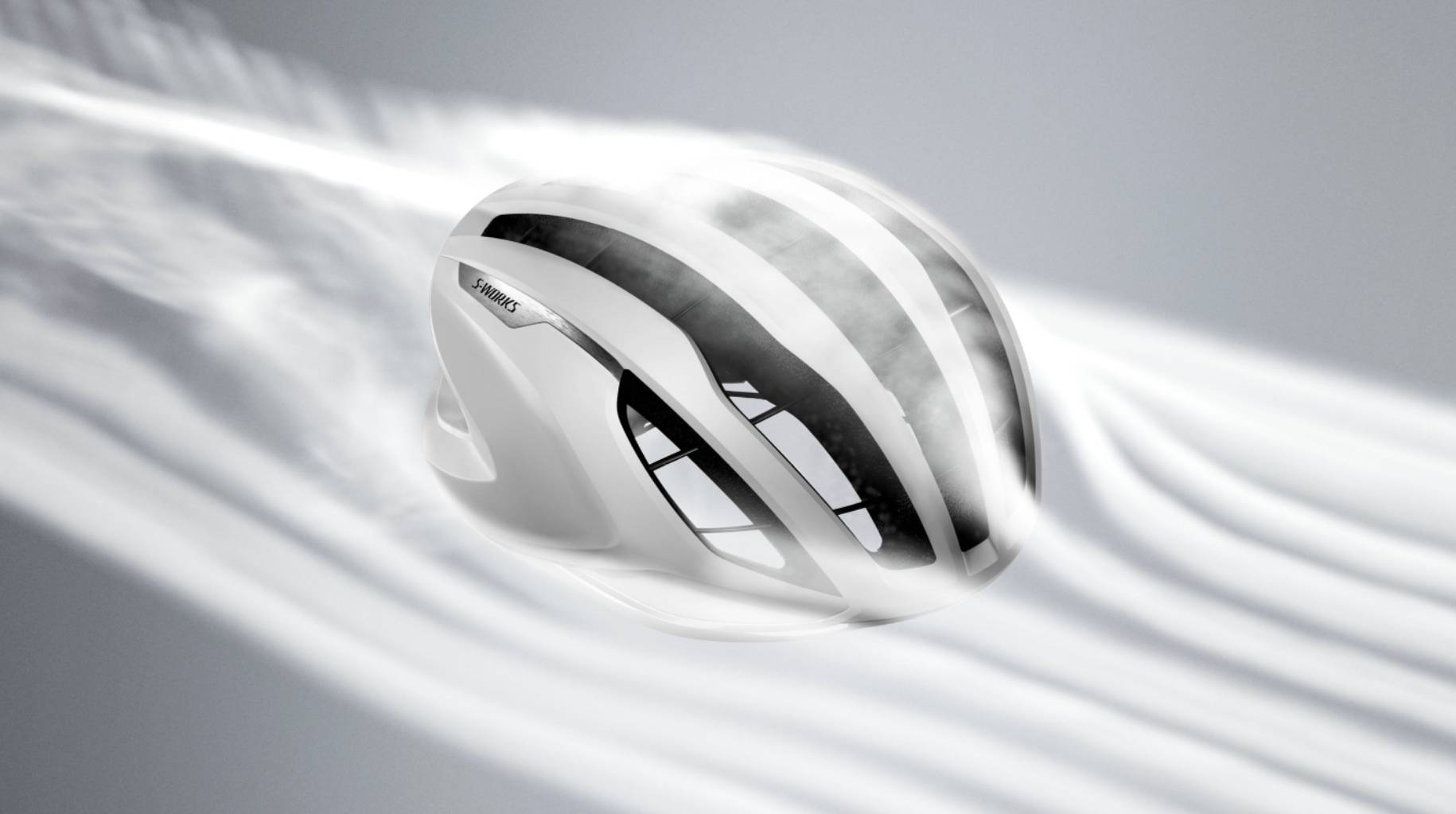 Woven aramid “cables” span the helmet and anchor to carbon fiber side panels. On impact, the so-called AirCage technology works like a suspension bridge to diffuse force across the system.

The design not only looks wild, but it should also work wonders to keep riders cool, especially at low speeds and huff-and-puff scenarios like big climbs.

Per Bikerumor, Specialized admitted the TT4 fell behind the peloton of futuristic aero helmets. Now, it hopes the redesigned TT5 will help it pull back even with the pack. 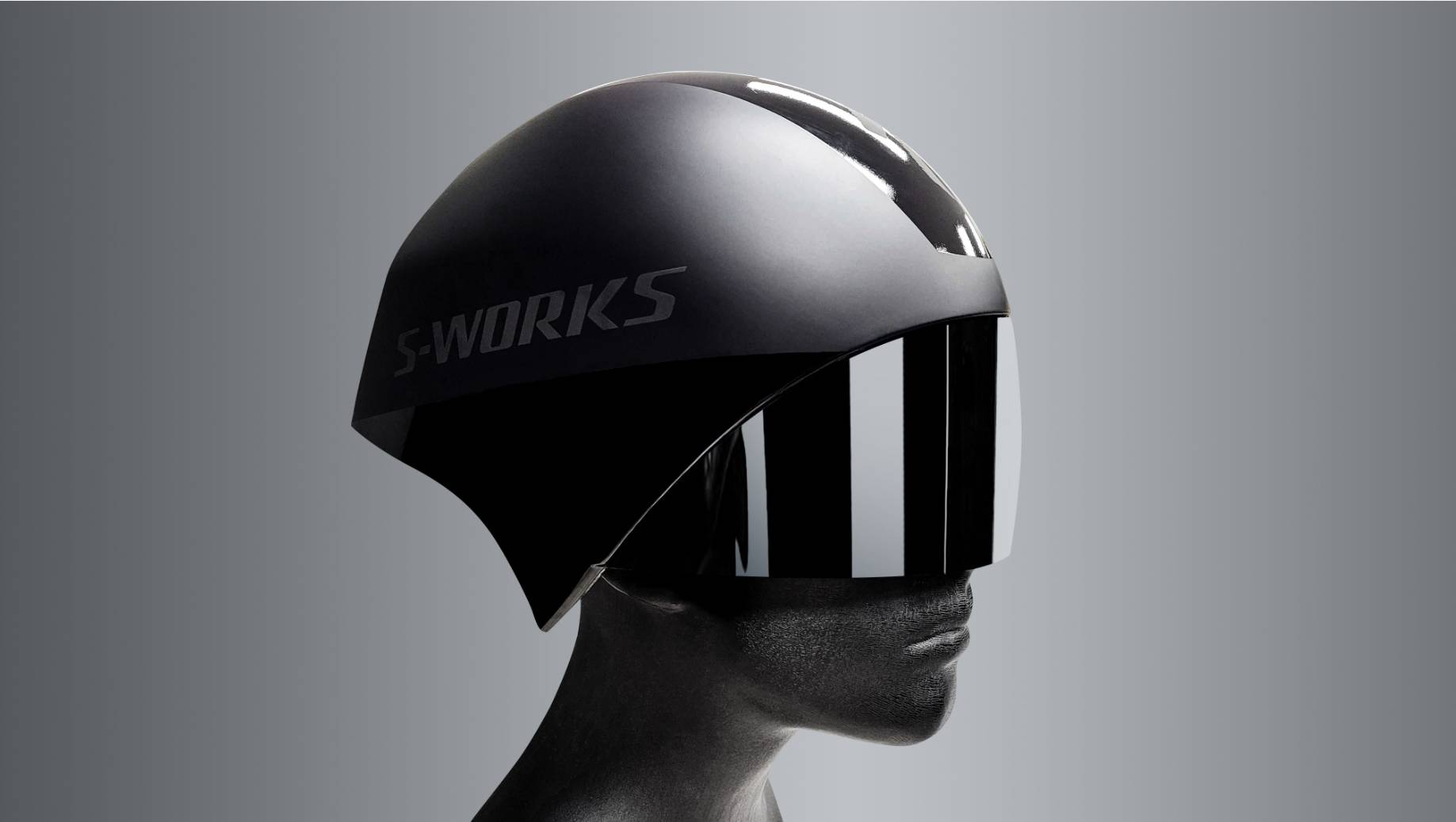 Riders Weigh In on Redesign

World-class riders like Remco Evenepoel and Kasper Asgreen of Quick-StepAlpha Vinyl consulted on the new, slippery design, spinning for hours in the Win Tunnel.

Fluid dynamics helped the team draw the rear of the TT5 back over the rider’s shoulders in an attempt to create a slipstream. An internal sock seeks to help keep the helmet in the right place on the rider’s head and cut down on rotational force on impact. 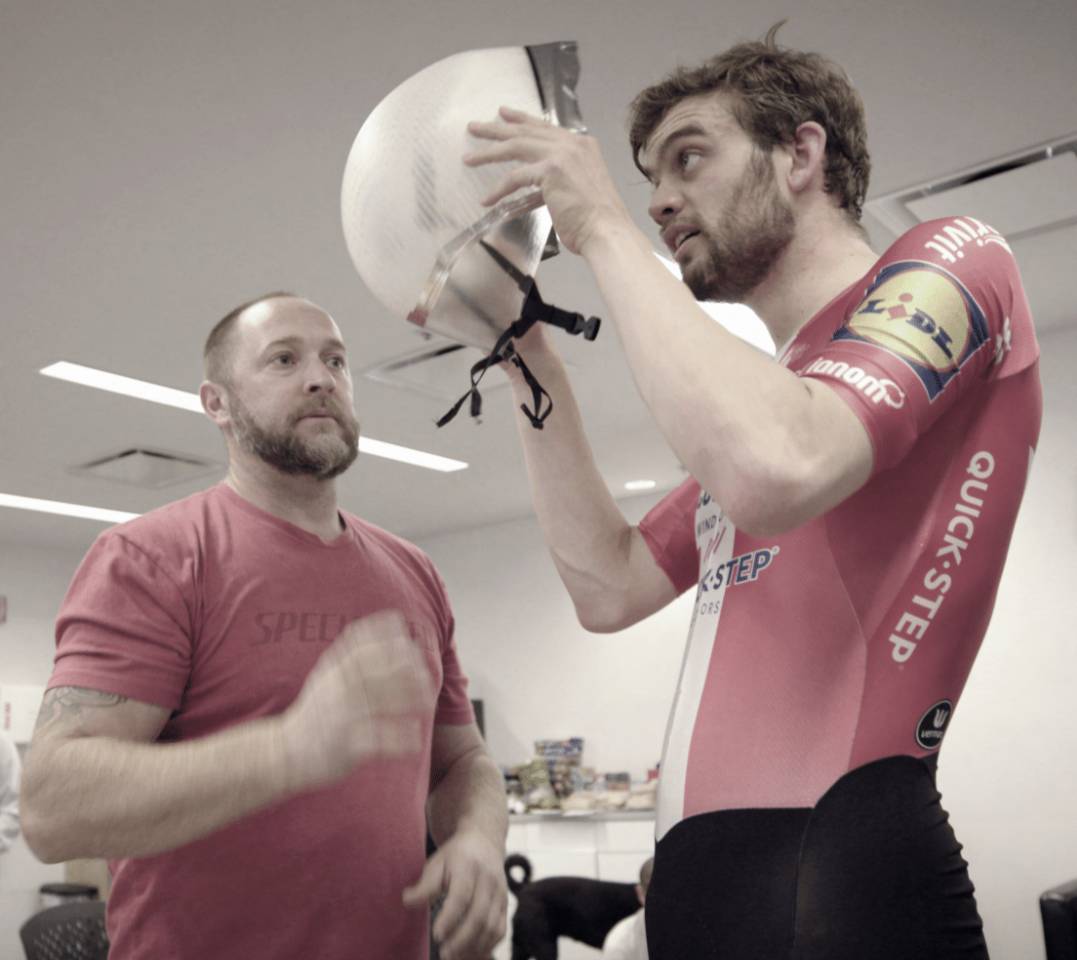 Evenepoel then put the screws to the TT5 in a time trial — to substantial effect. Specialized reported he hacked 26 seconds off a previous 40K time trial; true, this year’s Tour de France time trial only covers 13K, but in a race where the top finisher usually wins by tenths of a second, almost a half-minute represents a gulf.

Virginia Tech tested each helmet for safety in its highly respected facilities, and gave the Evade 3 and Prevail 3 a 5-star (highest) rating. Each of these Specialized helmets comes in three sizes, various colors, and retails for $300 MSRP.

Check them out on Specialized-sponsored riders at this year’s Tour de France, which kicks off tomorrow in Copenhagen.

There are only a handful of events in the world that showcase the endurance capabilities of the human body like the Tour de France. Read more…

Up Next: Campaign Will Reveal Data on Plastic Pollution in National Parks