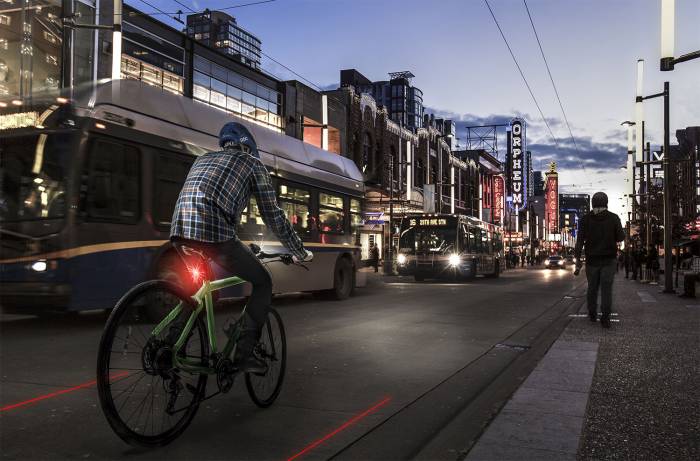 According to the U.K. firm’s claims data, self-identified cyclists who also drove made fewer than half the claims of noncyclists.

Pull over and take a deep, calming breath — a new study uncovered a juicy trend that’s sure to incense a lot of motorists. This week, Forbes reported that Chris Knott Insurance, a U.K.-based insurance agency, found a sizable discrepancy in its clients’ crash data.

Specifically, the firm discovered that 13 percent of its insured motorists filed at least one accident claim per year. That’s more than double the 6 percent who filed claims and were covered under the firm’s cyclist-motorist policy, a special policy available to cyclists.

“Cycling trains you to be more alert to the dangers of road use and better able to anticipate hazards,” Nick Day, the firm’s marketing manager, told Forbes. “You’re more aware of how you fit into your surroundings, and you’ll ride, or drive, accordingly. Physical exercise [also] leads to improved mental agility, making cyclists more responsive drivers.”

Before we go one word further, let’s get something out of the way. This was a nonacademic study by a single agency. News media is riddled with studies that overlap, contradict, and make all manner of outrageous claims. However, many rely on scientific data and can justifiably alter our understanding and behavior.

The Chris Knott Insurance analysis fell on the heels of a peer-reviewed study that uncovered similar findings. Last summer, researchers for the journal “Accident Analysis and Prevention” found that cyclists had faster reaction times behind the wheel compared to noncyclists.

Representatives for both the insurance analysis and journal study reported a similar rationale for the findings. Road cyclists are often at greater risk and more adversely impacted by changing conditions than drivers. Therefore, they must be more acutely aware of their surroundings.

Of course, the headline alone is likely to spur vigorous debate. So feel free to vent in the comments below — unless you’re driving, of course.