The second annual Swift Campout rides the bike-camping trend to connect adventure-seekers across the world during a two-day event. 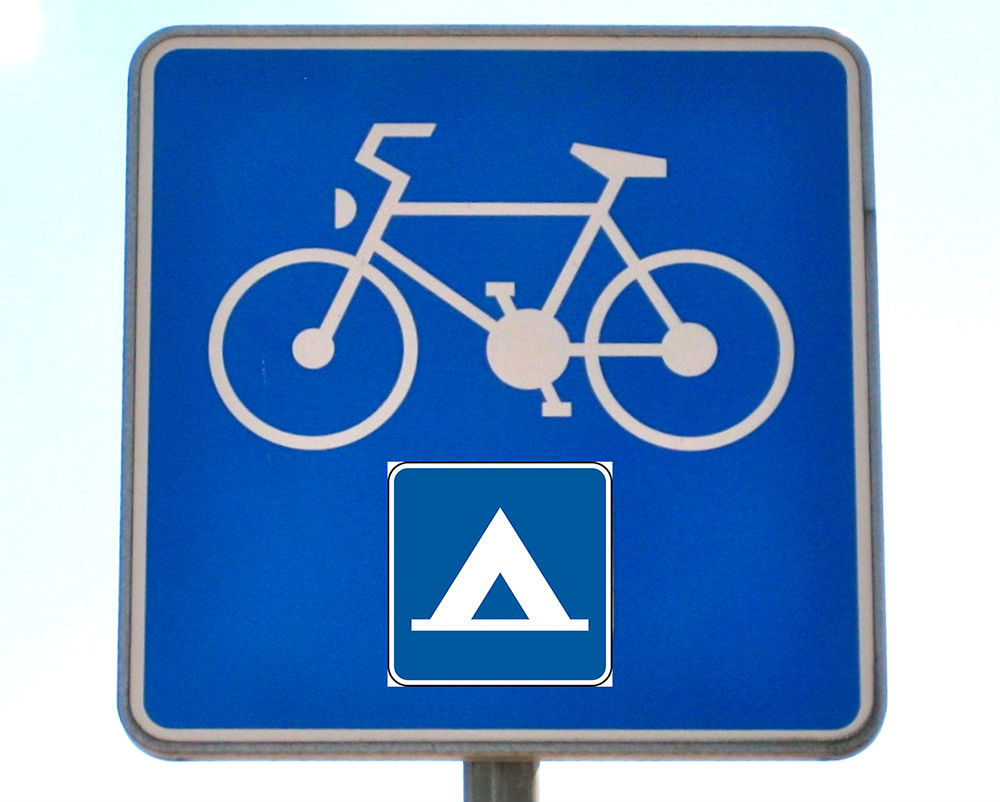 The for-fun event to “rally thousands of kindred spirits to camp-out” takes place June 25 and 26, and allows participants to share stories, find campsites, and team up with other group campouts.

Swift Industries “hosts” the crush of campers through its campout page, allowing everyone to signup, post pictures, organize rides, and map their destinations. Campers and bikers of all skill levels can coordinate the most convenient or rustic getaways for the event. 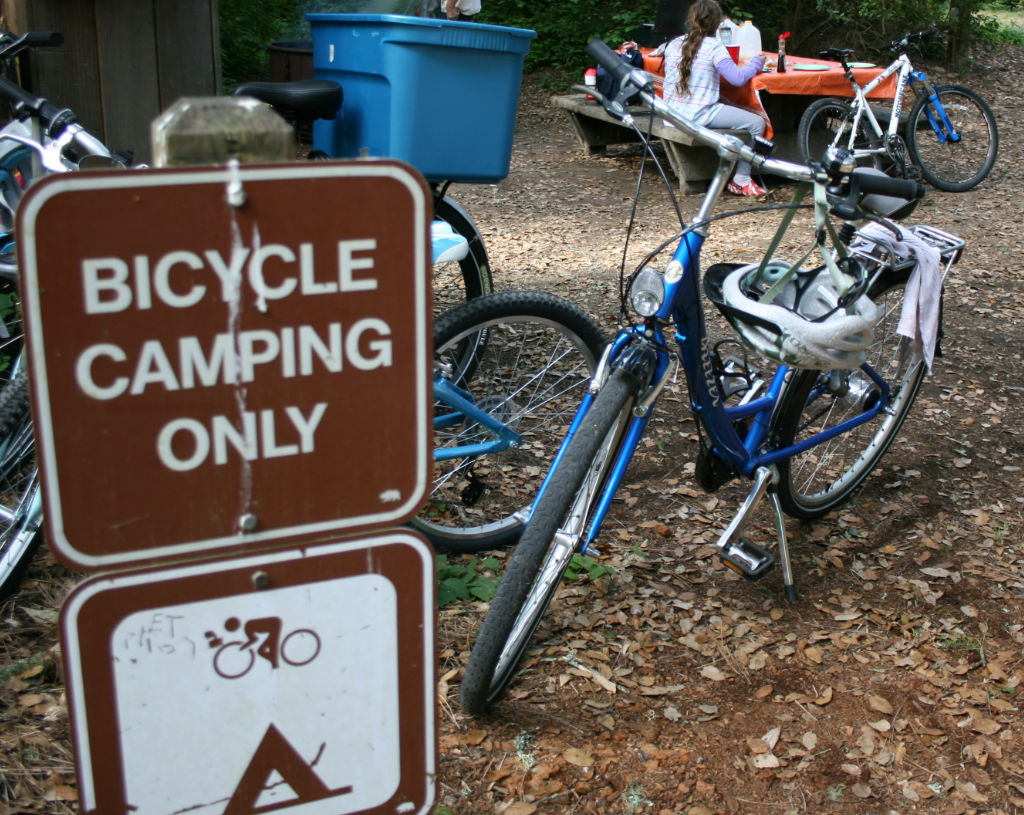 A designer and manufacturer of bike packs and panniers, Swift naturally wants to encourage more people to get out on more gear-heavy rides. But the response to its international event has been overwhelmingly positive – the inaugural Campout launched last year and wrangled more than 600 campouts, from the U.S. to China. This year could be even bigger.

Bike camping is surging in popularity as bike and accessory builders, like Swift, create bikes, packs, and racks designed to be loaded down with all manner of gear.

Novice and experienced riders and campers are finding it the perfect weekend getaway that’s both challenging and accessible. 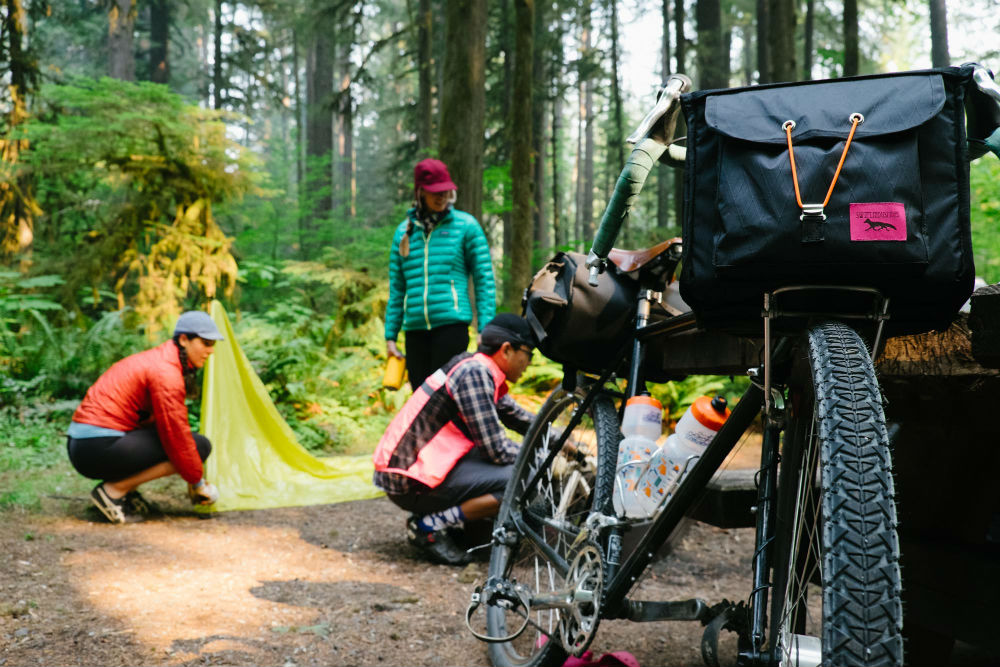 A floorless pyramid tent, mesh bug bivy, and 'bathtub floor' sleeping bag make up this 4lbs., 10oz. kit from NEMO made to carry on your bikepacking adventures. Read more…

The site is part map and part Rolodex that equips participants with a network of like-minded adventurers, aimed at jumpstarting the camping by bike phenomenon.

Plus, bike shops everywhere are welcomed to coordinate with Swift to help promote the event locally and prepare riders for the big weekend. 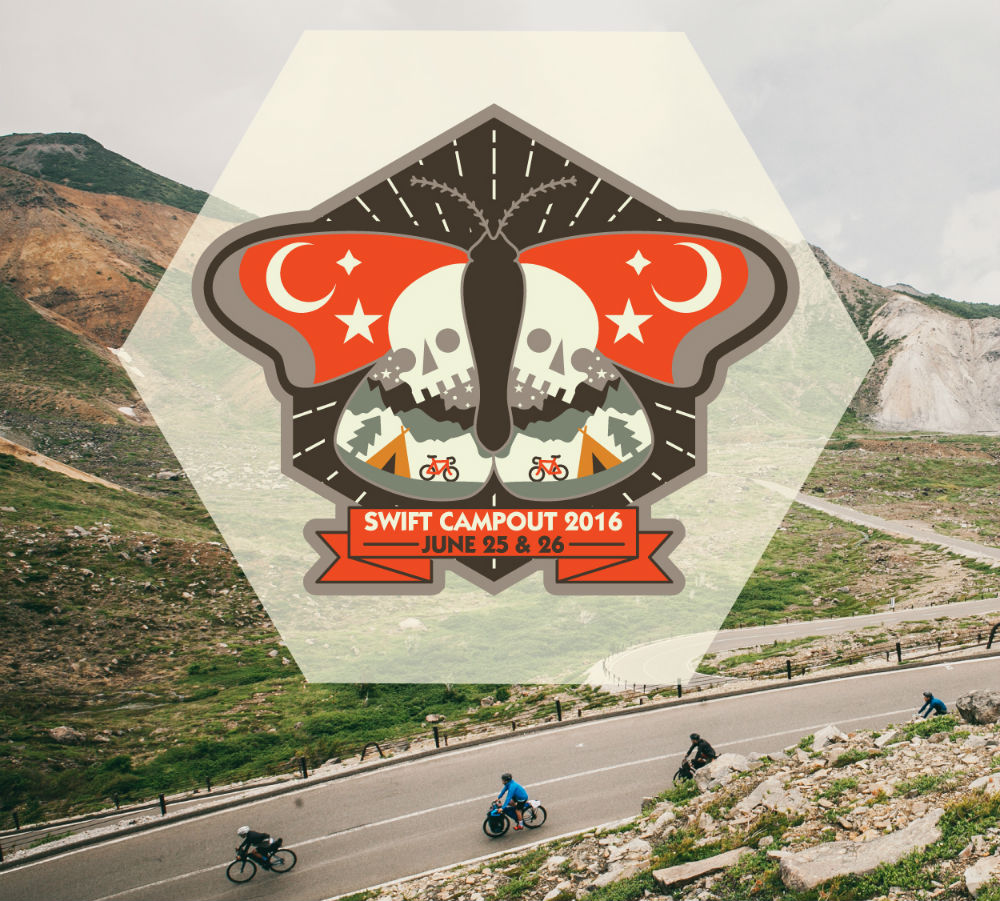 We think this is a stellar concept. It’s a wonderful opportunity for those who have not camped by bike to give it a shot and coordinate with experienced bike campers in the process.

Check out http://builtbyswift.com/swiftcampout to sign up and learn more. Get out there!

Up Next: Speedometer For Your Bike: World’s First ‘Analog’ GPS Gauge