The teaser above is what happens when Teton Gravity Research and Anthill Films team up to make a full length, 4K mountain bike movie. We are stoked.

Update: Full film available 11/6/15 for free for world premier. After that, streaming available for fee.

unReal in 4K is the first feature mountain bike film from the creative union of the two production companies and the unlimited imaginations of some of the world’s best mountain bikers.

From the company’s pitch, it sounds like a sweet flick.

Here, glacial walls transform into mountain bike trails, rain and snow aren’t the only elements to fall from the sky and thousand pound mammals become riding partners. Breathtaking visuals conjure feelings of awe and pure joy; feelings that only those of us who venture outside can truly understand. This film is dedicated to you — the dreamers, the rule-breakers, the ones who never grow up, the ones who know the secret — the ones who know the way into the unRealworld. 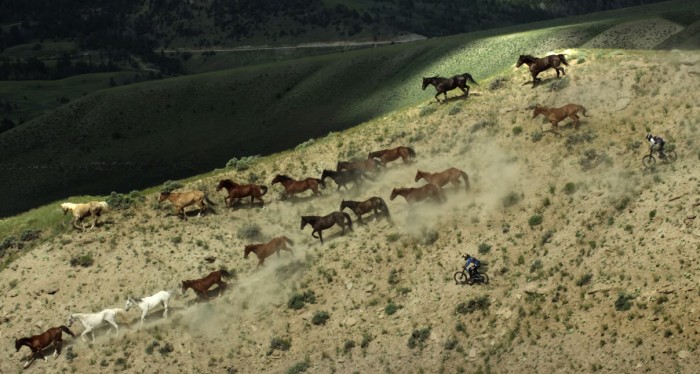 unReal will premiere to the world June 18 at the Vogue Theatre in Vancouver, B.C. Tickets to the world premiere and other film tour stops are available here. Releases on iTunes and Blu-ray/DVD will follow.

A #REALvsUNREAL contest will run until June 22 encouraging the creation and sharing of juxtaposed photos or video clips (one from the real world and one from the unReal world). Prizes include a custom unReal-themed Trek Slash and products from Shimano, Sony Action, Evoc, Smith and Western Digital. 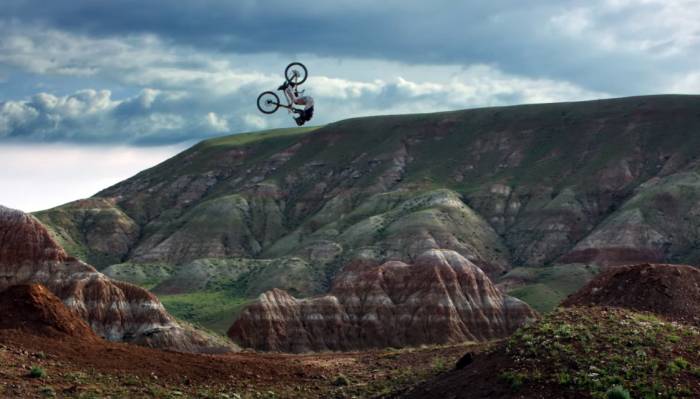