Are bike shops scary, elitist, and unwelcoming? Walmart thinks so, and the retail juggernaut is betting its customers do too.

Walmart is not just a brand of box stores that populates every U.S. state. It’s one of the biggest online merchants in the world, No. 3 for online traffic after Google and Amazon. Walmart is also the largest grocer in America and possibly the world. And the company currently sells more bicycles in the United States than any other retailer.

And 2 years ago, the company hired Zach Spinhirne-Martin, a senior buyer at CompetitiveCyclist.com. He’d been with the online retailer for 10 years. He proposed a private-label project, and he’s bringing it to fruition.

Its name is Viathon. Walmart will sell bikes under this brand soon with price tags up to $6,000.

The impetus for Viathon didn’t come from Tom and Steuart Walton, avid riders, Walmart heirs responsible for the trail network in Bentonville, Ark., and investors in Rapha and Allied Cycle Works.

Shoppers Buy at Walmart Because They’re Already There

“We’re not trying to undercut the industry; we’re offering our bike line at a solid price, not a ridiculously low price,” said Spinhirne-Martin.

Spinhirne-Martin tells me to look around the Laguna Seca Raceway, which is teeming with fans, baggy shorts-wearing bros, and Lycra-clad racers with rippling muscles. Certainly, there are many Walmart shoppers among us, though likely few who have bought a bike there.

“The average person is a Walmart shopper,” he says. For those people, being able to buy a high-quality bike online means they don’t have to go into a potentially scary, elitist, unwelcoming bike shop where they’ll be uncomfortable and possibly judged.”

The bike that’s getting the most attention is Viathon’s new hardtail mountain bike, though Walmart is also launching with road and gravel options. Shoppers will have four build choices per model.

What You Get for $6K 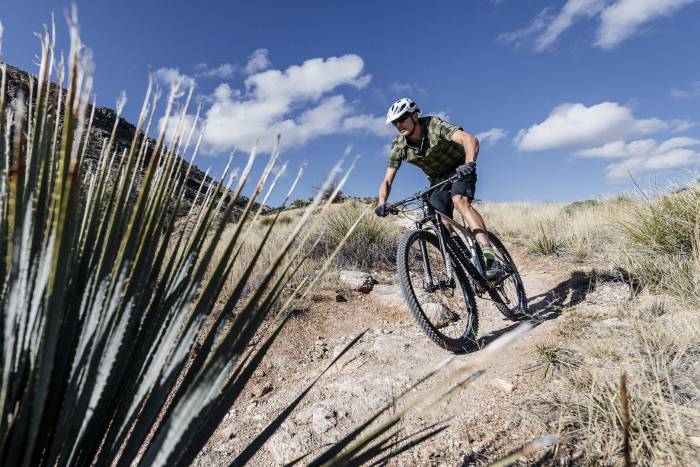 Walmart didn’t opt to adopt more modern geometry, possibly because its current customer base will have to take a few steps to catch up to the rest of the bike market.

The bike arrives 98 percent pre-assembled — the customer has to tighten on pedals, install the front wheel, and attach the front face plate over the handlebar. A torque wrench is included to help the customer tighten screws appropriately. All Viathon bikes come with a 2-year warranty.

Viathon’s G.1 gravel bike requires the same build. It can take 650b wheels with up to 2.1-inch tires, or 700c wheels with up to 51mm tires. It has longer, slacker geometry than its road bike cousin and different tube shaping.

The road bike is 200 grams lighter than the gravel bike, with more aggressive geometry, 28c tires, and a stiffer frame.

According to the designer and engineer, Kevin Quan of Kevin Quan Studios, Viathon manufactures frames “at the factory, making the best bikes you can think of.”

Quan was with Cervelo from 2004 to 2008. He designed Turner and Cube bikes, the first Pivots, and Diamondbacks for 5 years. He’s also the founder and part owner of Knight Composites. He employs six engineers and designers at his Toronto-based studio.

Considering the Walmart shopper and what bike they’re on now, the answer is probably yes. Although from a bike industry perspective, the geometry is a few years outdated — even for a hardtail.

It turns out that Walmart bike buyers, as much as they’re dismissed or even ridiculed, include some passionate fans. Since the news was announced last week, fans have been coming out and saying that this is what they’ve been waiting for. Take YouTuber KevCentral, for example, whose channel reviews bikes available at Walmart and Walmart.com and how to upgrade them. Kev has 43,000 subscribers. 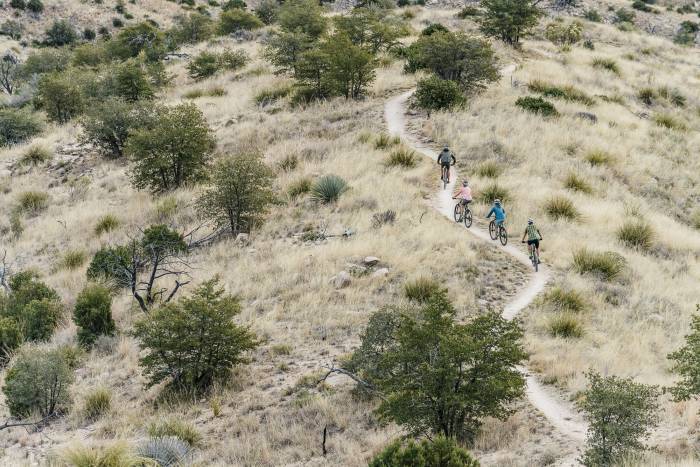 Spinhirne-Martin says Walmart is launching with the hardtail “to fill in holes in what they already offer” on the Walmart.com marketplace. Walmart hopes its own expensive bike will be proof of concept to attract mainstream brands to that marketplace — brands that previously opted out, like Evil and Niner, which are both sold at Walmart-owned Moosejaw.com. “As we continue to build out the platform, we welcome other brands,” said Spinhirne-Martin.

Walmart is hoping to entice customers to Viathon with a no-questions-asked return policy. Buyers have 60 days from purchase to return the bike, and it can be new or used.

Does a rising tide lift all boats?  Spinhirne-Martin says yes, and reiterated that he wants to grow the bike industry, not put other brands or bike shops out of business.

Should brick-and-mortar or other online retailers worry? For now, no. Walmart isn’t currently targeting the kind of customer who wants the latest carbon layup or the greatest new geometry, nor is it targeting customers who self-identify as cyclists. 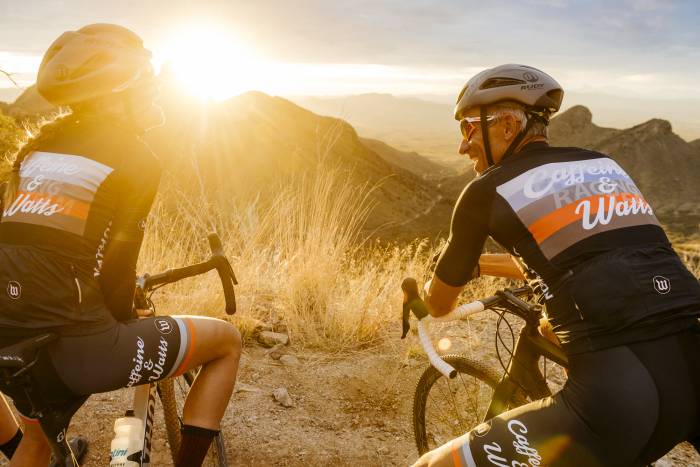 Viathon riders, like every other bike customer, will need service. Bike shops could benefit from more riders on more bikes. According to Spinhirne-Martin, Walmart is not currently planning store-based service departments. But it is building out a platform not just with more and better bikes, but with video and editorial support. And it’s partnering with shops, mobile shops, and more, as well as creating an online fit calculator.

“We’re partnering with the bike industry to deliver so we don’t mess it up,” said Spinhirne-Martin. “With Walmart backing this brand, we can engage in a bike segment other brands won’t touch.”

Look for Viathon bikes online at ViathonBicycles.com in mid-May, and soon after at Walmart.com.

Up Next: MTB Pro Picks: Best Mountain Bike Accessories for 2019