On an interstate, Todd Reichert would have been pulled over for speeding.

Reichert recently broke the world human-powered speed record, traveling at a speed of 86.65 MPH on Highway 305 in Battle Mountain, Nevada.

Having reached that speed on a closed course and on a bike that resembled an egg, Reichert didn’t actually break the law. It’s just amazing, though, that he topped interstate-legal speeds with no motor, no windows, and his own two feet.

The World Human Powered Speed Challenge has been held for 16 straight years in Battle Mountain, Nevada. It takes place on one of the straightest, flattest, and smoothest roads in the world, bringing cyclists from around the globe to push the limit of pedal-powered motion.

At this year’s challenge, Sept. 14-19, Toronto-based Team Aerovelo arose victorious, breaking the world record on the 17th, then again twice in subsequent days, with a fastest speed of 86.65 MPH. 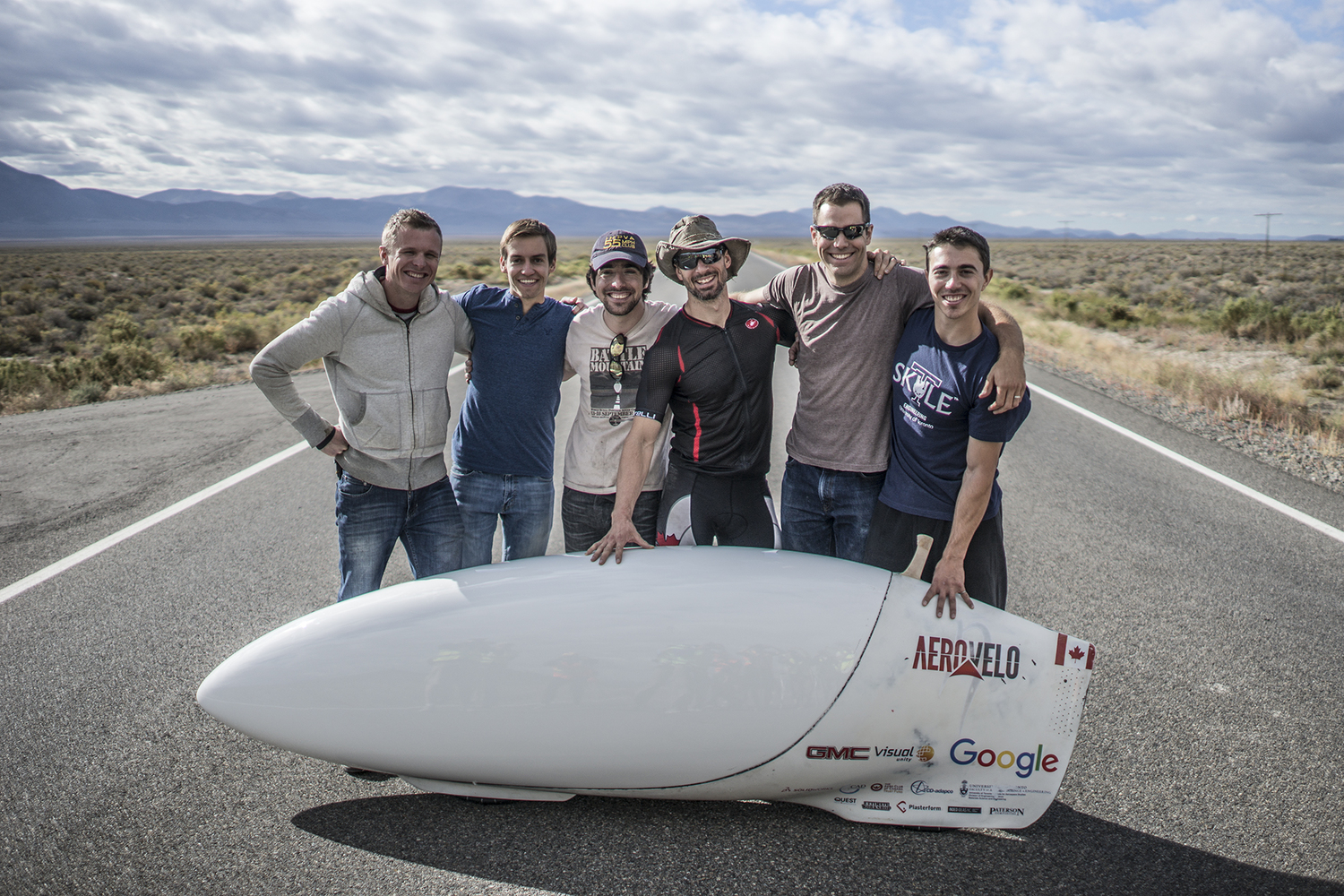 Aerovelo’s record-smashing bike, called the Eta, is an engineering masterpiece. The windowless, narrow vehicle has 100 times less drag than modern cars and is made primarily of a carbon-fiber composite.

Inside the shell sits a special recumbent bike in which the rider pedals in a reclining position. The entire steed was custom-made for its driver, Reichert, and it fits perfectly around his cramped frame. 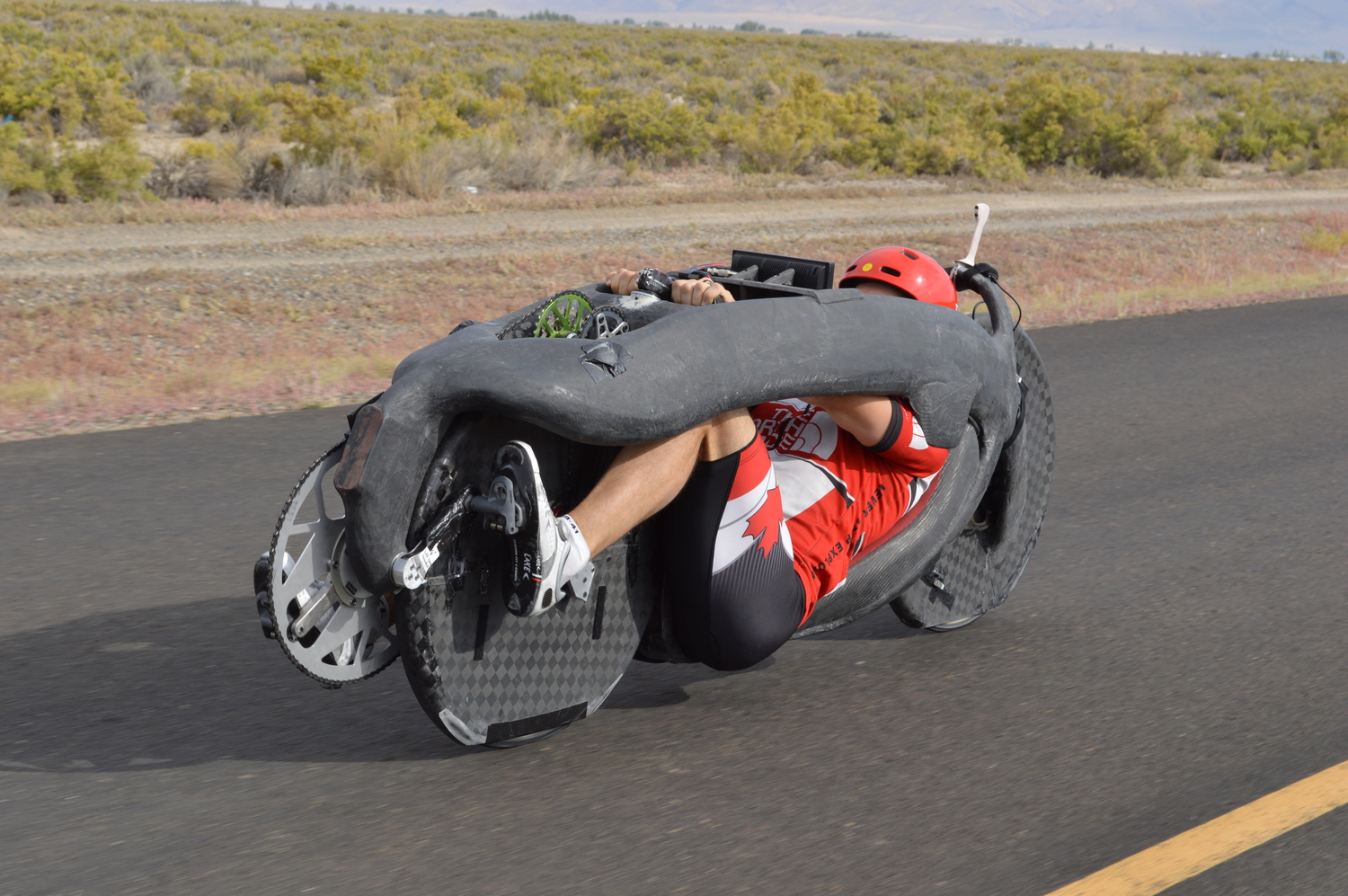 The Man Behind The Machine

Reichert, a national-level cyclist and the “pilot” of the Eta, had been training for this Battle Mountain competition for years, getting used to the claustrophobic bike and focusing on power and stability once inside. You don’t hit 86.65 MPH by just showing up one day. 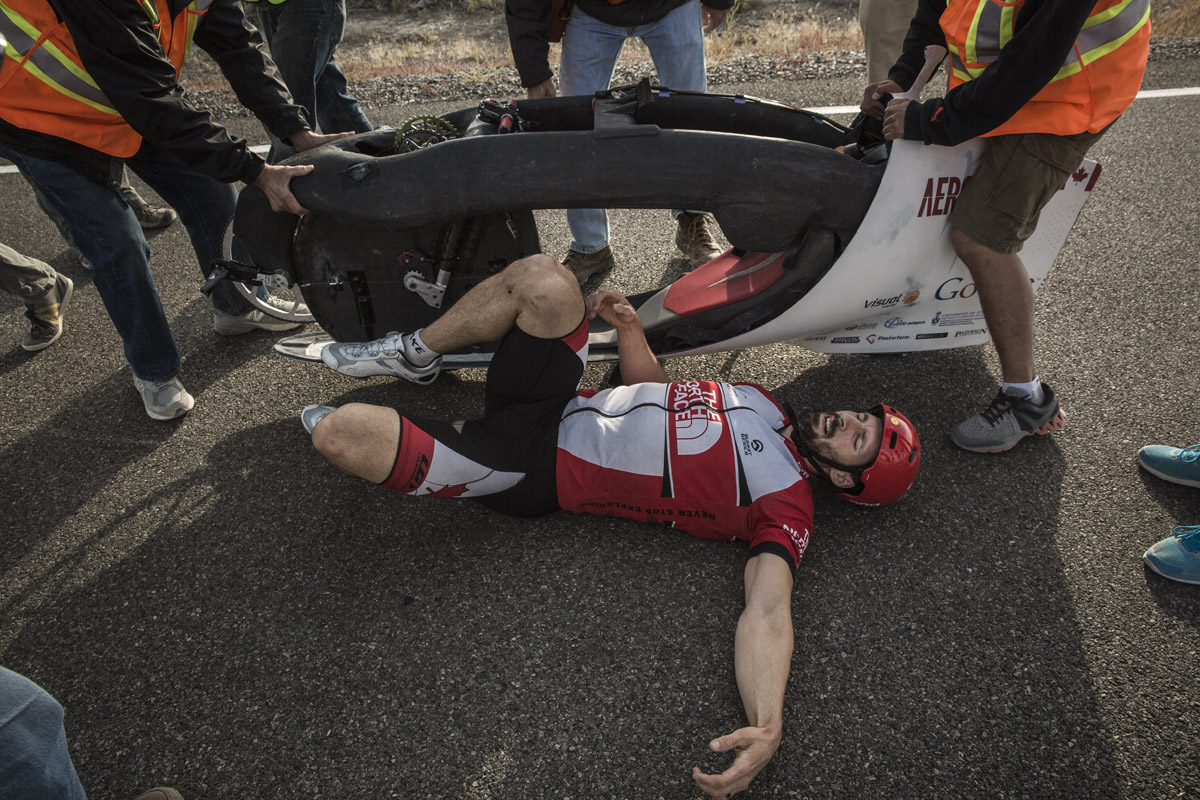 Below is a video of the feat. Congrats to Reichert and the Aerovelo team for its record-breaking performance.

Up Next: ‘Future Bike’ Gear: Best Products From Interbike 2015