‘Empire Now’ is a surf thriller. Wondering what kind of film that is? Watch to find out.

Thanks to the 2020 quarantine, this independent surf film from 2013 has finally made its debut online.

“Empire Now is inspired by a generation of NY surfers that [grew up] watching all the Taylor Steele surf films,” notes the film page. “Empire Now” is an action-packed thriller meets high-performance surf reel. And the storyline is just as cinematic:

After discovering a magic chest in the ocean off Long Island, a group of NY surfers share this treasure while facing certain obstacles along the way.

The perseverance, loyalty and commitment seen throughout the film represents what it takes to be a surfer from New York.

There are montages, surfers of all skills and backgrounds, and a pretty crazy plot as well. The film also has some amazing shots — picture footage from the likes of “Jaws,” “The Heart and the Sea,” and a Laird Hamilton edit all combined.

The 45-minute film features more than 20 New Yorker surfers as well as a few actors and stuntmen. Including the surfers and production team, over 60 people came together to create this one-of-a-kind film. It was produced by Transition Productions and the NYSEA Collective. 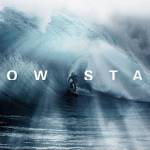 Watch Australia's Best Surf Film of the Year (According to Nikon)

In partnership with Surfing Australia, the Nikon Surf Photo and Video of the Year awards celebrate the very best in Australian surf photography and videography. And this year, Russell Bierke's film 'Flow State' rose to the top. Read more…