In its heyday, the International Harvester Scout stood as the lone competitor to the Army’s Jeep. It was an SUV before SUVs were a thing. Now, it is a relic for collectors and auto historians. The forthcoming International Scout Encyclopedia looks at the history, mechanics, and mystery of that iconic 4×4. 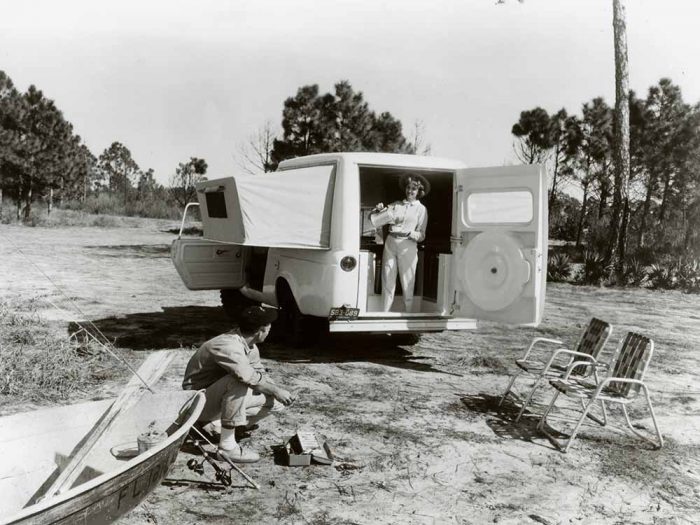 The International Scout Encyclopedia, by Jim Allen and John Glancy, hits shelves July 30, but we got a sneak peek of a lost chapter that you won’t find in the print edition. The following excerpt is printed with the permission of Octane Press.

The International Harvester Scout Camper was an innovative idea to turn the 1963 Scout 80 into a fully self-contained mini motorhome with four-wheel drive. There had been nothing like it in mass production before and there would be nothing like it again until the 1970s.

The Scout Camper was designed to sleep up to four, two very comfortably in bunks that folded out from the sides, and two in an optional hammock slung in the middle. The fiberglass body was designed, manufactured and installed by Winner Boats of Dickson, Tennessee (A.K.A. Dickson Boats), via a spun-off division called Fibertron. A specially equipped, partly stripped Scout was sent to the Dickson factory for conversion, after which it would be transshipped to a dealer. 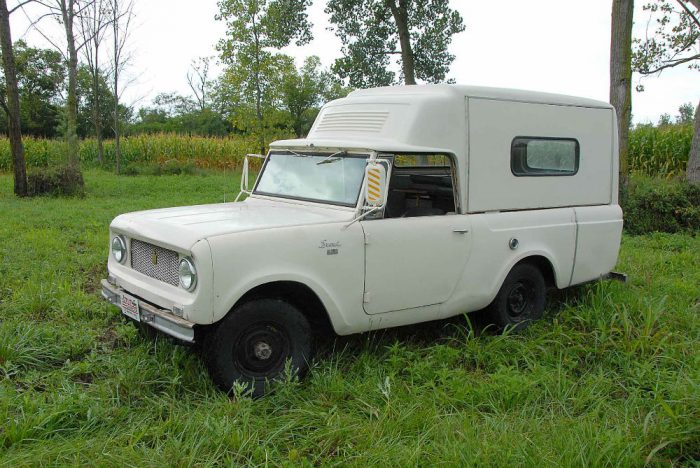 The Camper was proposed early in 1962 and approved the following November after prototypes were viewed by IH management. It went into production almost immediately as a model with three variations: the Deluxe, which had a kitchen, dinette and toilet module; the Standard, which was without the module but included the foldout bunks; and the Commercial, which was just a shell with fixed sides, no windows and no bunks.

IH product planners ordered 80 Campers immediately for promotions and stocking dealer showrooms. They made the rounds of outdoor shows and got some ink in period camping and outdoor magazines, but it wasn’t long into 1963 that the Scout Camper world collapsed. Literally.

Winner was a well known fiberglass boat pioneer but the campers were not well executed and had a tendency to crack, break and fall apart. Plus, the layout was quirky. Bad quirky. The dinette was not large enough for adults to use but great for rubbing knees and playing footsie. 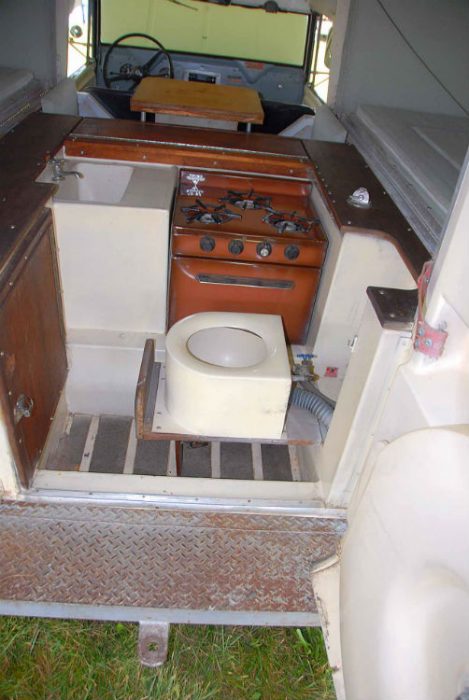 The interior space was cramped and acrobatic skills were required to access the bunks. Depending on your point of view, the fold- out potty location was either a stroke of genius or the stuff of nightmares. You could literally sit on the pot, cook and access the icebox all at once.

What convenience! What odorous ambiance! The Standard Camper was better in many ways. It still had the foldout bunks but the rest of the interior was open and it had an optional fold-out table.

Orders for Campers were not forthcoming. That was likely not so much due to issues with the unit, those were eventually solved, but a combination of several other factors… the first being cost. A well equipped 1963 Deluxe Camper cost about $4,000. Doesn’t sound like much but in today’s money, that’s about $32,000.

The Scout itself was a remarkably versatile vehicle but in Camper form it became a single purpose rig that was very much hampered on and off the road by weight and bulk. Remember the Scout had only a 93 horsepower four-cylinder engine.

Finally, the retail outlets for the Camper were not on main street, but at an International Harvester dealer out in the boonies or the commercial side of town. Sure, farmers and truck drivers saw them, but that was only a tiny part of the market. Not being in the general public’s main shopping areas was a perennial problem for IH and one that always held the sales of Scout back.

What Were They Thinking?

The warranty issues began almost immediately after the first retail deliveries in January of ’63, and Fibertron went back to work on the design. They had a revised Camper by May of ’63 but by then IH had decided to pull the plug. IH offered to let Fibertron sell the campers on their own but that didn’t happen. 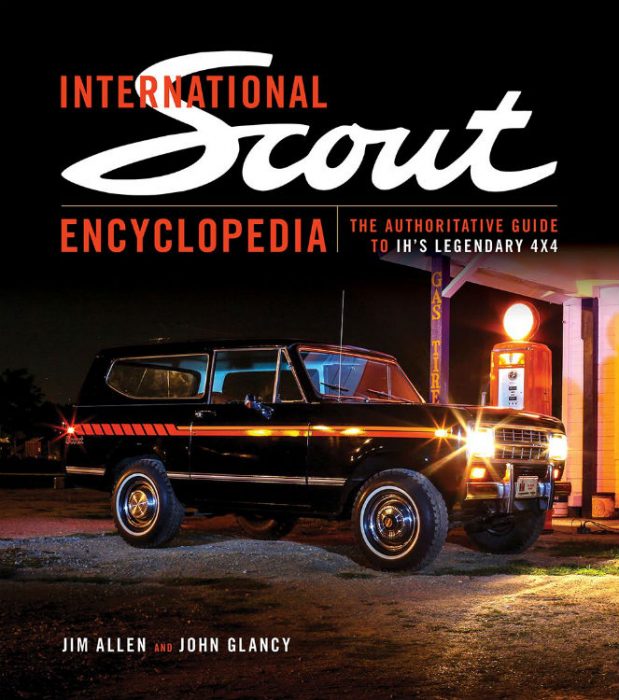 Was the Scout Camper a viable idea in 1963? Who knows. Just a few years later, IH jumped onto the slide-in Camper bandwagon and that proved a more marketable and practical option for Scouts. The aftermarket also moved in that direction with slide-in or bolt-on camper units for Scouts.

Less than ten 1963 Campers are known to survive, many of those as broken-down hulks. The only Harvester Red Camper built has been restored and there are a couple of nice survivors, one of which is pictured in this article. If nothing else, those survivors give us yet another opportunity to utter the phrase, “What were they thinking?”

–The International Scout Encyclopedia will be available for sale from Octane Press July 30 for $65.