Ever wanted to test out this whole van life thing? Now you can rent out a well-traveled adventure van owned by none other than Oscar-winning director, photographer, and adventurer Jimmy Chin.

Chin, most recently known for his Oscar-winning film “Free Solo,” had our stomachs flipping as Alex Honnold free soloed El Capitan. But on the other end of the lens, Chin actually lived in this 2012 AWD Chevy Express pop-top van while he filmed the movie. It has also taken Chin on a wide range of climbing and skiing trips all across North America for many years.

“My passion lies in sharing stories that inspire people and open their eyes to a different world,” Chin said. “I appreciate that Turo thinks along the same lines and helps people travel in a more sustainable way. Whatever adventure you’re planning, Turo can help you find the perfect ride for your trip.”

Chin travels around the globe regularly on a wide range of adventures. This summer, he won’t be around his home in Jackson, Wyoming, much, so he decided to partner with Turo and list his van for rent. 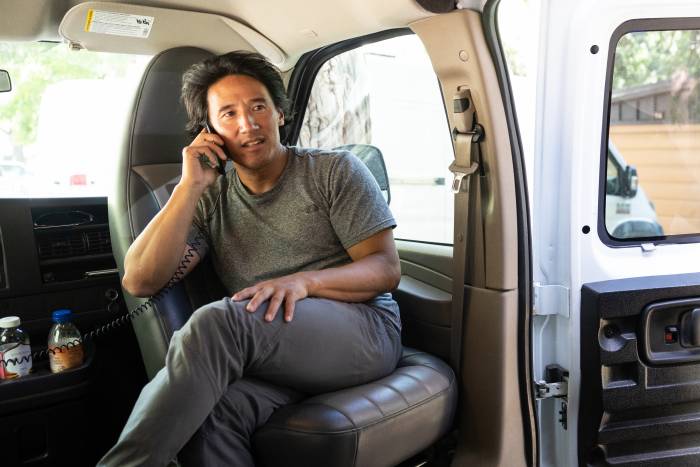 Turo offers over 850 unique makes and models of cars for rent, including a wide variety of adventure vans. Turo’s mission is to “put the world’s 1.2 billion cars to better use,” as the average car sits idle 95 percent of the time. Peer-to-peer car-sharing is what Turo is all about. The brand says, “The average active owner on Turo generates approximately $625 per month.” That’s an impressive amount!

Our guess is that Chin is going to make much more than that with his van. The van is listed for $250 per day, but there’s a one-week minimum to rent it. That means that the minimum you’ll spend to live like Chin is $1,750. That rate allows you to add 1,000 miles to the odometer and will cost you $0.37 for each mile after that. While $1,750 a week for a van rental isn’t inexpensive, it also isn’t out of the ordinary. 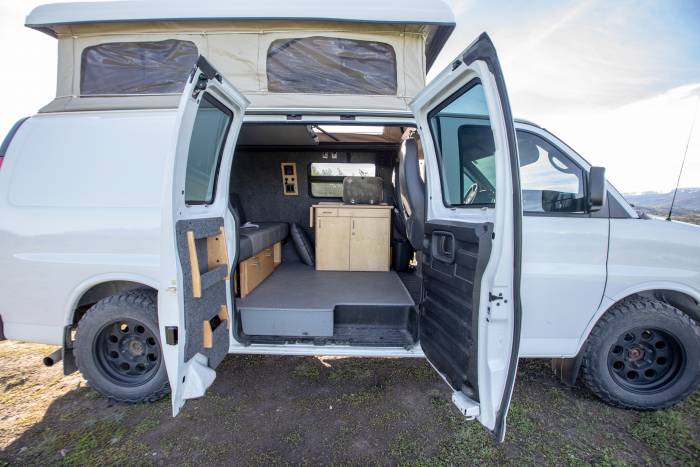 My favorite part of this rental is the broken stereo. Not to worry, though, as the listing states, “But you’ve got the mountains and hopefully some friends to keep you occupied.”

You do get AWD for all-season driving confidence, a reasonable 15 mpg on regular gas, solar battery charging, and a propane stove. While this van is said to be able to transport five, it would be very snug with five adults. With two beds, sleeping a reasonable and friendly four people, a four-person road trip would maximize the economy of this rental. 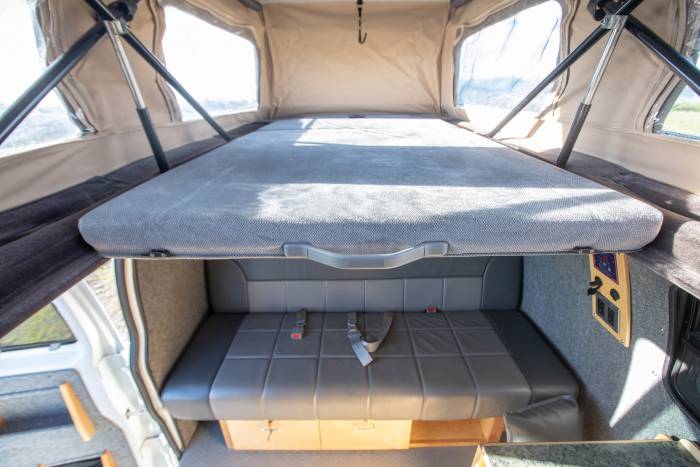 “The flexibility of van life is perfect for adventure,” Chin said. “When you’re living out of your van, climbing and hiking wherever you want, there’s no rush. It’s a simple life. I did it for a long time, and I’d do it all over again. Since I can’t live that life full-time anymore, at least someone else can have a taste of it in my van.”

It’s a pretty rare opportunity to get to drive any vehicle of a living legend, no less sleep and eat in their home on the road. Sure, you’re going to pay for it, but you’re honestly just paying for a van rental in this case, with little to no fame fee on top.

Do realize that Chin is renting his van while he’s out roaming the globe on jaw-dropping adventures. This means it’s highly unlikely that you’ll get to meet or have a conversation with the man himself.