Home » Camping » The Best in Backcountry Coffee: Methods That Require No ‘Gear’

We put the new ‘equipment-less’ coffee trend to the test.

There’s a new trend in coffee brewing that’s gaining popularity among outdoor enthusiasts. It encompasses ways to enjoy your morning cup without packing a brewer. Call it “equipment-less brewing” for lack of a better term. For backpacking, it’s a great alternative.

I’ve spent the better part of the last 15 years working with some of the best specialty coffee companies in the U.S., and in 2017 I was named one of the top six baristas in the country. So it’s safe to say that I know a bit about what makes coffee taste good. Given that I now more or less live in the woods while attending guide school, I decided to find the best equipment-less coffee solution.

Five different companies piqued my interest. Because I need good coffee (even in the woods), I chose the top offerings from each and put them to the test. 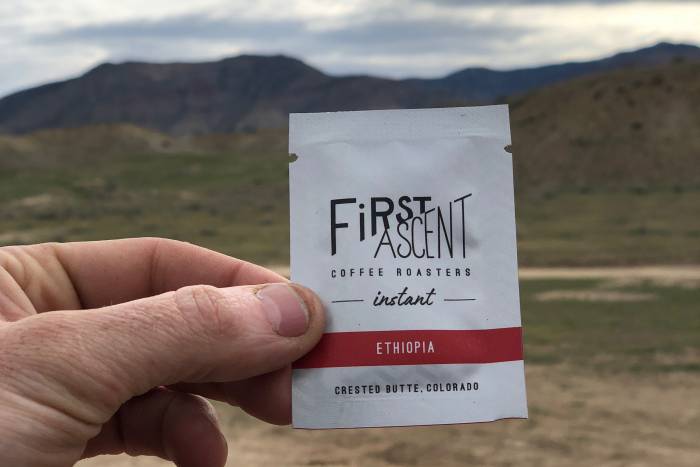 First Ascent is a small coffee roaster in Crested Butte, Colo., that produces instant coffee packets. I picked up a box of the brand’s Ethiopian coffee and was not disappointed. While it still had the “toast” flavor that I’ve found characteristic of instant coffees, it also had subtle fruit and was very clean-tasting. And I could tell I was drinking an Ethiopian coffee, which was nice. Very little waste is associated with these little foil pouches. 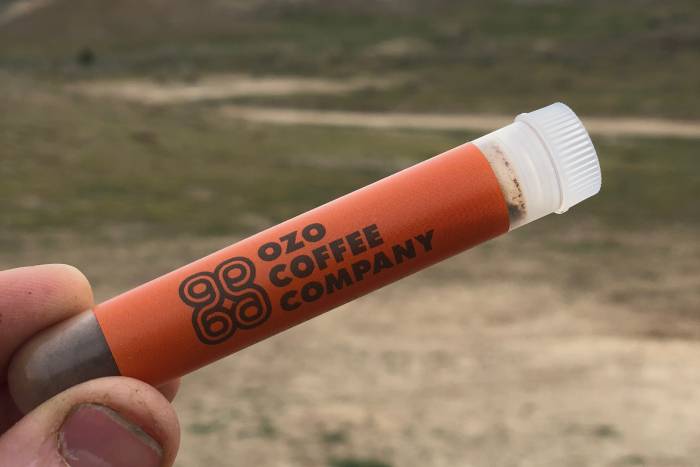 Sudden Coffee is an instant-coffee producer that works with craft roasters to turn their coffee beans into instant coffee. OZO Coffee in Boulder, Colo., is one such roaster whose coffee I tried. I wasn’t able to find out what sort of coffee went into these packets, but knowing OZO’s style of nutty, full, Latin-American coffees, I’d say that this one was on brand. It has great body and depth of flavor, but it’s not the most exotic coffee ever. The storage tubes are small but can’t be crumpled or crushed to make them easier to pack out. 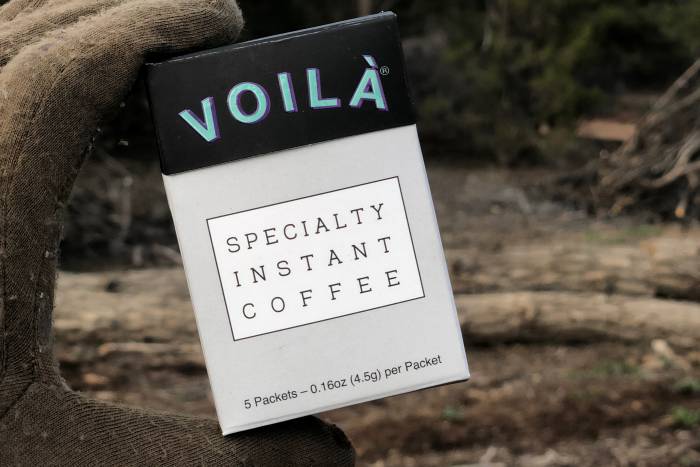 Voilà Coffee is similar to Sudden Coffee in that it produces instant coffee using beans from smaller roasters and strives to show transparency from farm to cup. Although on the expensive side, these packets can create a 10-ounce cup compared to the 8-ounce servings of the others tested here.

The sampler pack from Voilà included coffees from five different roasters in one neat little box. Each showed unique flavor that would be expected from its origin. And although none was the most exciting cup of coffee I’ve ever had, I did enjoy something new each day. Voilà also has the least amount of waste in the group. 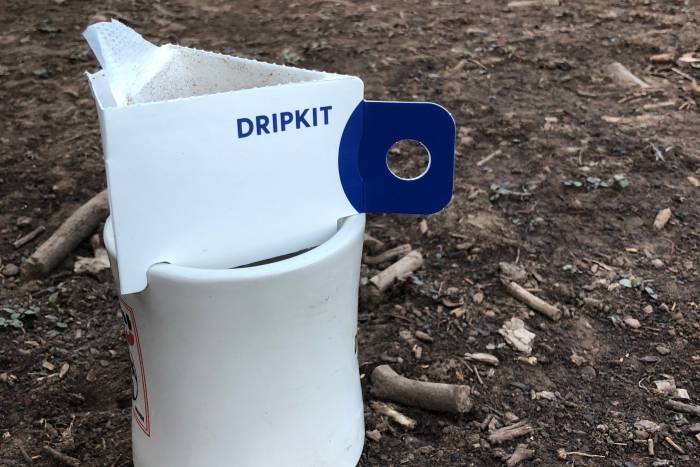 Dripkit is unique in this lineup, as it’s actually a disposable pourover contraption. Simply open the packet, unfold the paper pourover device, and the filter already contains the right amount of pre-ground coffee for one cup. Place the Dripkit on top of your cup, pour water over it, and you’ve got yourself a coffee. I sampled the brand’s Reko Koba Ethiopian Light Roast and really enjoyed the taste overall.

Its nice acidity and sweetness were reminiscent of a cup of fresh-ground coffee, and this one ended up being my favorite in taste. It also lacked the “toasty” quality the instant coffees all had. You’ll be packing out sloppy, wet grounds with the Dripkit, however. Be sure to bring a plastic trash bag.

Cat and Cloud Coffee/Steeped Coffee: $2.00/each 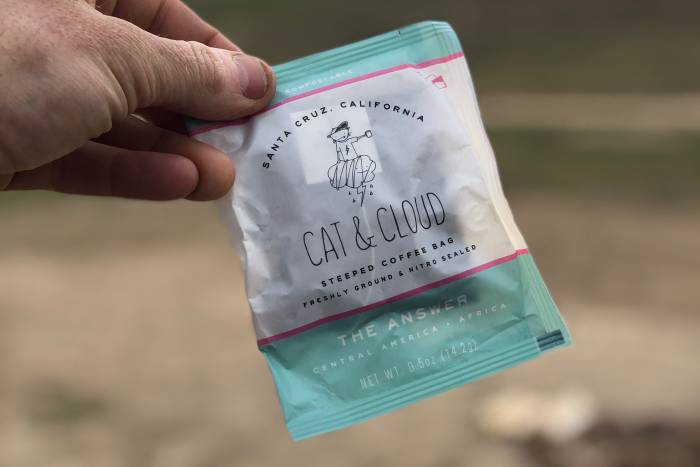 Steeped is similar to Sudden and Voilà in that the brand uses coffee from top-notch roasters in its packets. But instead of instant coffee, it makes coffee “tea bags” you simply steep in water. I turned to the folks at the famed Cat and Cloud Coffee in Santa Cruz, Calif., for their take on the Steeped packets using its The Answer Blend.

Flavor-wise, I’d say it tastes like coffee. Not too exciting, not much liveliness, but it would be nice for coffee drinkers who don’t want anything fancy. I also had to let this steep for at least 6 minutes to get much flavor out of it. Similar to Dripkit, you’re left with a dripping wet packet to stuff somewhere in your backpack, but the entire package is compostable, which makes up for that. (Please don’t leave these in the woods, though.)

Josh Taves has been working in the coffee industry since 2006 in many different capacities and enjoys taking advantage of all the great adventures the Rocky Mountains have to offer. He is currently living in the back of his truck in western Colorado, attending backcountry guide school, and learning about the simple life. Other than that, you can find him fly fishing, shooting, mountain biking, hunting, and horseback riding as much as possible.

Travel mug brand BURNOUT is using space tech to keep fluids like coffee at their optimal — or most drinkable — temperature. Read more…

Up Next: Modular Camper: SylvanSport VAST Made for Families With Gear