Home » Camping » Powerful Lantern Lights Up As You Approach

A to-be-released camping lantern comes with an app to offer camp-lighting control via phone as well as something called ‘proximity activation’ to sense when you’re close by. 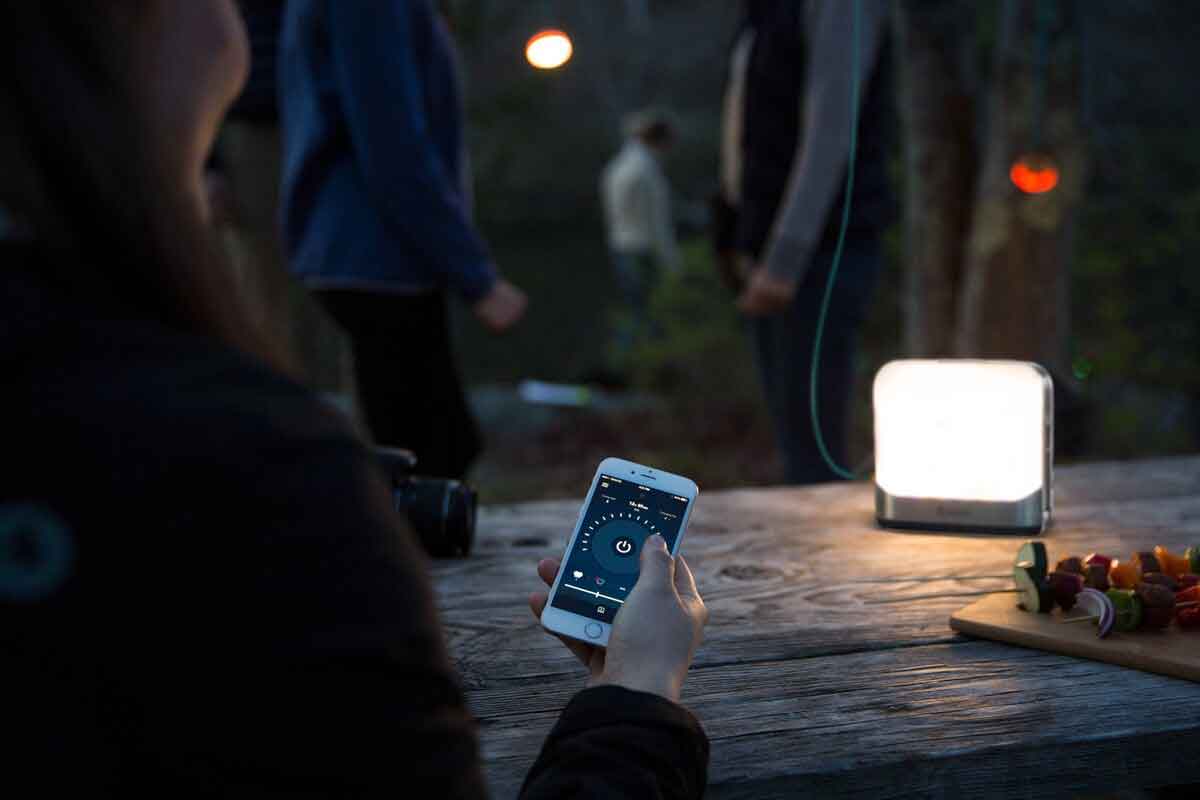 New York-based BioLite is known for its power-generating camp stoves. Today, the company announced a camping lantern that gives power and can light up a tent or picnic table with 500 lumens of glow. 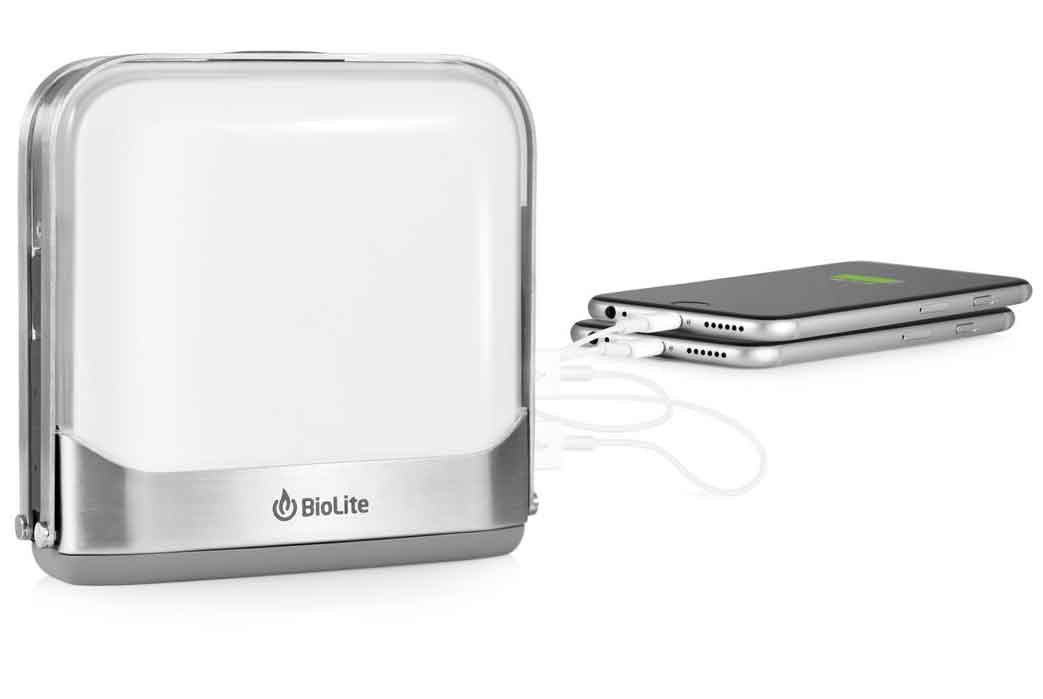 Inside, a rechargeable 7800 mAh li-ion battery both runs the lantern’s main LED and also serves as a power bank where campers can plug in via USB. Fully charged, you get up to 50 hours of light or enough juice to recharge four smartphones.

It’s built as a new-school lantern that syncs with your phone. An app gives lighting control, color spectrum tweaking (turn it to a red glow to preserve your night vision, for example), and extras like “proximity activation” — the lantern wakes up when it senses your phone is within a certain range.

Brunton's new LightWave Amp is an 11-inch-tall 'outdoor entertainment system.' This is our review. Read more…

When returning from a night hike, the lantern can be set to sense when your phone is in range via Bluetooth. It will turn on automatically to light up the camp site as you walk toward your table or tent.

BioLite touts the lantern is “four times smaller” than its competition. The small size and bright glow is possible via a technology called Edge-Lighting, which uses the same principle found in fiber optics to perpetuate LED light in a small area.

“This enables us to wrap our lenses tightly around our battery and LEDs, getting rid of the cavernous spaces typically found in lanterns,” the company notes.

Finally, campers can plug compact string-lighting (called BioLite SiteLights) into the lantern, creating a perimeter of tiny hanging lamps to illuminate areas away from the main lantern glow.

–See more about the BioLite BaseLantern at its Kickstarter page.