Pancakes for breakfast. Hot sandwiches for lunch. Steak and veggies for dinner. The Gonzo aims to be a single cook set that can cook everything. 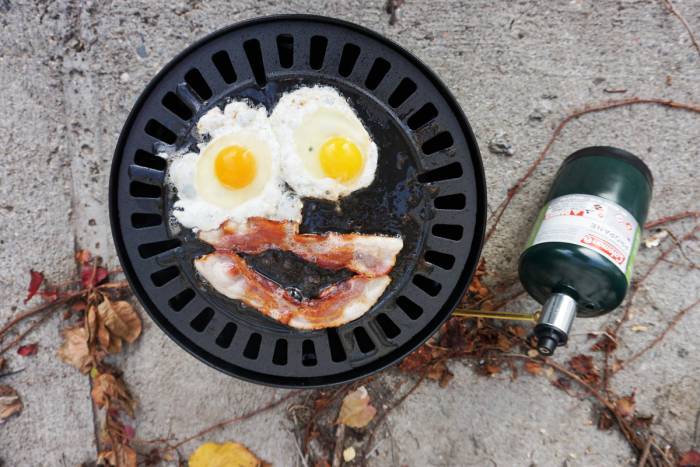 Eureka!, the sister brand to Jetboil, debuted its own innovation at Outdoor Retailer last summer. The Gonzo Grill, by Eureka!, is touted to meet almost any cooking application. 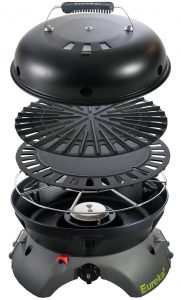 We cooked bacon, eggs, pancakes, sautéed steak, and pan-fried our own Texas toast to see how it performs.

In short: The $190 Gonzo Grill is versatile and relatively easy to use. It’s ideal for tailgaters and recreational car camping. It is not suitable for remote or lightweight camping, where lighter options, like Jetboil, or a simple campfire perform adequately. At 14.2 pounds, you won’t want to carry this far from the car.

Gonzo Grill: How It Works

The small grill has three cooking options, excellent simmer control, and chaining capability to link more burners, which makes it stand out. 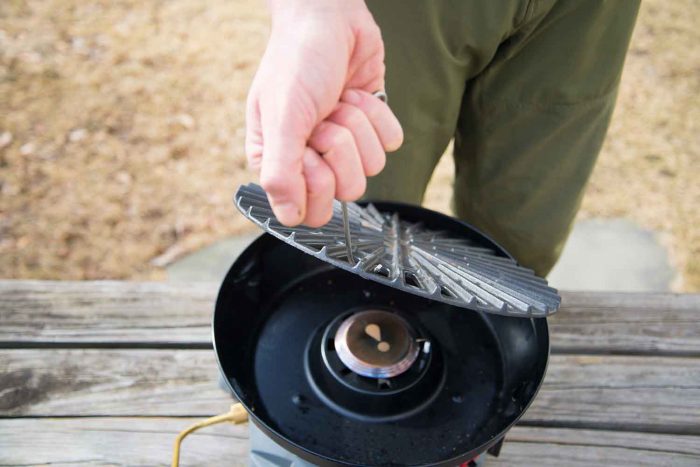 The Gonzo has the same burner as the Jetboil Genesis (see our full review). You can turn the burner knob four full times in flame adjustment, which gives you amazing temperature control.

What The Gonzo Grill Does Well

The Gonzo’s stove function works great for cuts of meat and big veggies. The range of heat control means the Gonzo can cook pretty much anything a grill or griddle can, so long as the heat is dialed in just right. 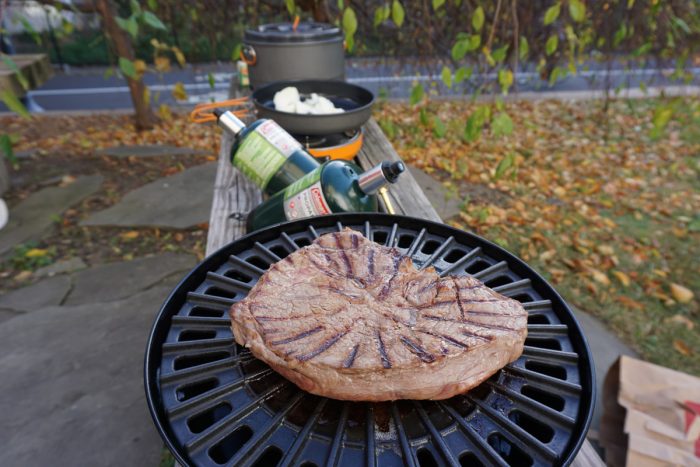 It’s also an interesting option for groups, as long as everyone has their own grill.

Multiple Gonzos or a Jetboil product can do double duty by linking together. Create a massive cooking surface to feed several people by chaining up to four stoves.

This option makes the most sense for people who already have a Jetboil stove and want to add a grill for car camping. 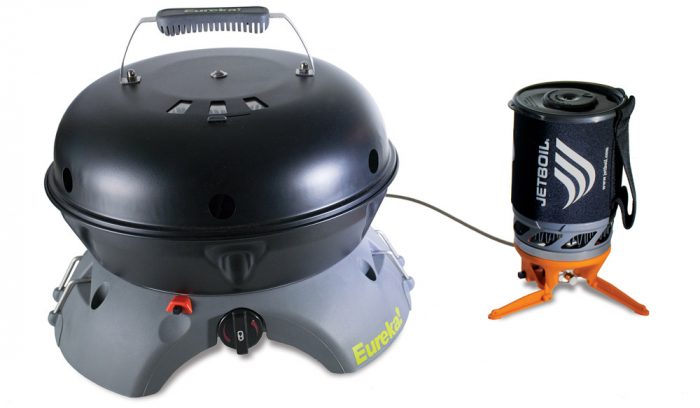 Cleanup is easy like other well-designed grills and stoves. Juices run from the griddle into the base of the grill, just wipe it out when finished cooking and scrape the top with the included scraper. 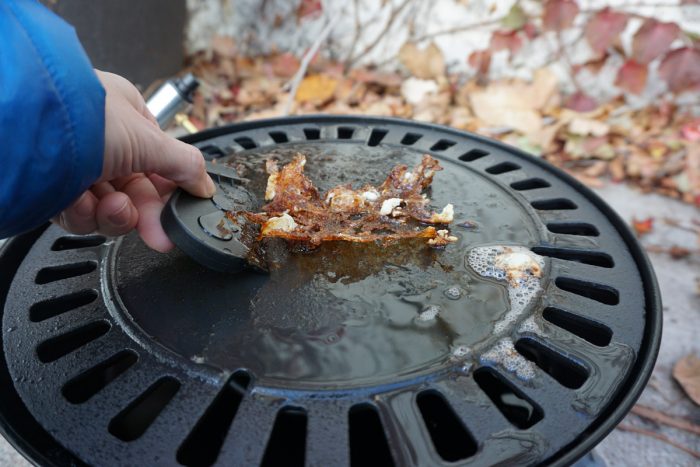 This grill will not find its way into the pack of any camper who considers weight. The Gonzo is stout, weighing 14.2 lbs., according to company specs. But that does not include gas canisters or food.

The most notable cooking snag we encountered was in cooking eggs, small veggies, or anything that needs to set (pancakes).

Unless the Gonzo is on a perfectly flat surface, pieces of food will meander to the edges and fall through the grate. We found that two eggs pushed the limit of the cooking surface before we risked losing our food. 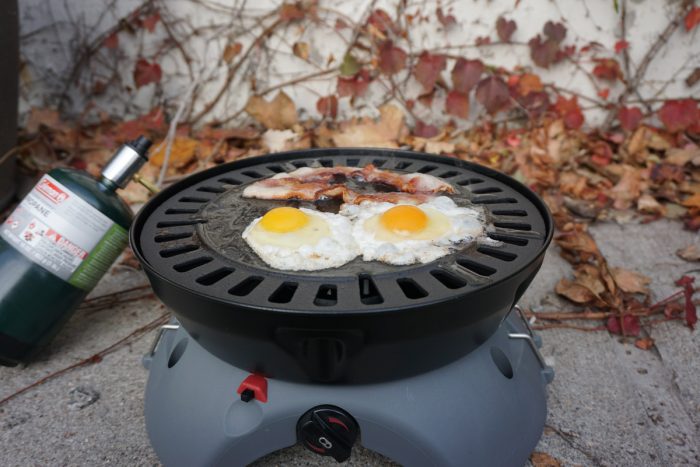 We also found the flame control was almost too good. Cooking on a sunny afternoon, it is almost impossible to see the flame beneath the Gonzo’s cooking deck. And with four full turns of adjustment, we were left guessing just how much heat it was putting out. There is no dial indicator for high, medium, or low.

Mastering the flame control requires a little trial and error.

Lastly, the lid tends to fall off when transporting it. We dropped it several times from the office to the car to camp.

So far, we’ve camped with it and used it for office lunches on our patio. Despite its weight, the Gonzo is a slick little grill we would recommend for car camping, tailgating, picnics, or even as a mini grill for apartment dwellers.

While it’s cool, we’re not entirely certain who should choose this option. Any stove will do most of Gonzo’s tricks with the simple addition of a cast iron skillet. That said, it’s versatile with the ability to cook, grill, and boil in a single device.

If that’s up your alley, look for the Gonzo Grill in stores and online May 1 for $190.