The flashlight industry went through a specs arms race a while back, and all sorts of tricks were used to boost numbers. 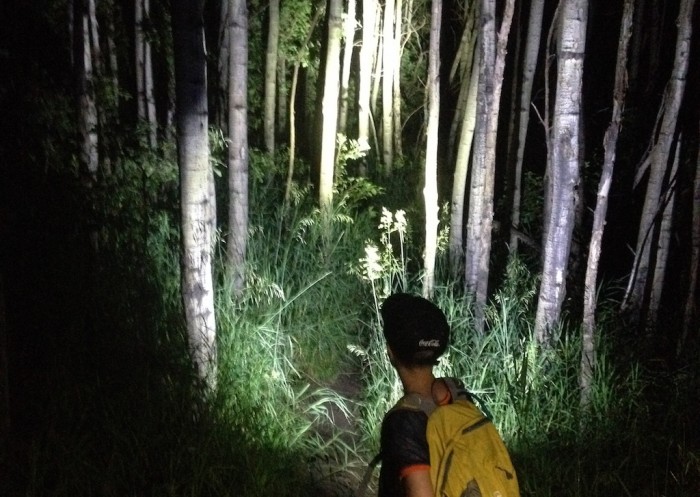 Lumens were inflated through the use of burst modes (where the light could operate at very high lumens levels for only a split second) and runtimes were propped up by counting any illumination, not just useful light.

A lot of B.S., in other words. Then, a few years ago, the industry got together and announced the ANSI standards for lumens, runtime, throw, and water resistance, among other things. They aren’t perfect, but they are much, much better than before.

The one number everyone focuses on, this is the horsepower of the flashlight industry. There are two reasons you should really not worry about lumens — one physiological and the other practical.

Lumens are perceived by the human eye and brain logarithmically. At the bottom of the scale, small increases in lumens equal big increases in perceived brightness. But once you pass, say, 300 lumens, the increase is negligible. At around 600 lumens, a noticeable difference in output requires about twice as many lumens. The lumens race is a losing race.

Additionally, most tasks don’t need more than 300 or so lumens. Unless you are a Search and Rescue Team member looking from one ridgeline to another, a 1000-lumen light is purely for fun. Also, over the years I have found that I use the low mode on a flashlight much more than the high mode.

Experience has taught me something like this is an ideal configuration: low=1 lumen; medium=30 lumens; high=200-300 lumens. 1 lumen is unlikely to steal your night vision, but more than enough light to navigate a house, beach, or campsite at night. Any more than 300 lumens is really just icing on the cake.

Runtime is actually MUCH more important. Modern lights all have flashy high outputs, but often at the cost of runtime. I’d much rather change the battery infrequently and be able to have some light for a long time, than a portable sun for 15 minutes.

Additionally, runtimes are a place where skill and not technology offers a big increase. Very good companies like HDS and 47s can design emitters and control chips that really squeeze every last drop out of a light, while some of the more mainstream brands just use raw technological power to boost their numbers. My favorite light, a small custom from Muyshondt, can run for more than a few days on low and it is smaller than a AA battery.

In general, on low setting you should expect more than a week of runtime at this point. On medium, around 30-40 lumens, I like to see 4 or 5 hours. High doesn’t matter all that much, but aim for around an hour.

Be mindful that these are not “continuous” runtimes, but collective numbers. Very few lights can run on high continuously for their advertised runtime. Emitters get hot and then things get wonky.

The last frontier for specs is color rendering. Color rendering is the ability of an emitter to produce lifelike colors. The better the color rendering, the more useful the light your “torch” produces.

It’s helpful in a surprising number of situations–figuring out the leak under your car is oil or coolant or condensation. How about cooking outdoors? Is that steak rare or medium?

While the tint of an emitter (cool, neutral, and warm) can result in more accurate colors, you need a Hi CRI (color rendering index) emitter to get the best performance. Look for an emitter with a rating of 80 or better. My favorite emitter, the Nichia 219b has a CRI of 93, while the sun is a 100, the top of the scale. One thing to remember–warm tints and good color rendering take away some lumens. A tinted or Hi CRI emitter produces about 85% of the output of a normal emitter, but again, that few lumens generally doesn’t matter. 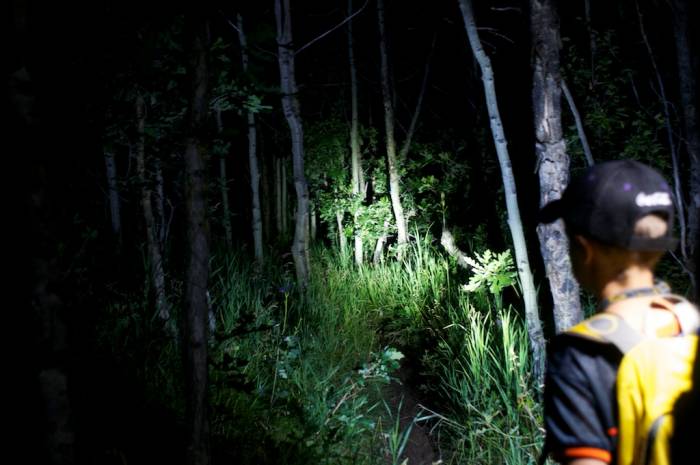 There are other specs, water resistance and throw, that don’t matter for 90% of folks. Water resistance is pretty standard–most lights meet the IPX8 standard, which is basically okay for use in water, but not dive rated. Throw is something most people rarely use, but if you need a throw light, there are large head, deep reflector models available. Another thing that doesn’t really matter is the emitter type. This alphabet soup of letters doesn’t matter so long as the specs you want are there. Good lumens, runtime, and color rendering can be found on a wide range of emitter types.

I would recommend focusing on runtime first, then output, being mindful of the utility of a very good low setting, and then color rendering. This is the best way to spend your money on a lighting tool and you should never get caught up in flashy max output lumens.

Up Next: Hang-Abouts ‘Cocoon’ Chair For Your Camp