At 1/3 the weight and 1/2 the volume of their traditional hammocks, the ENO Sub7 reigns supreme in the world of ultralight hammock camping. 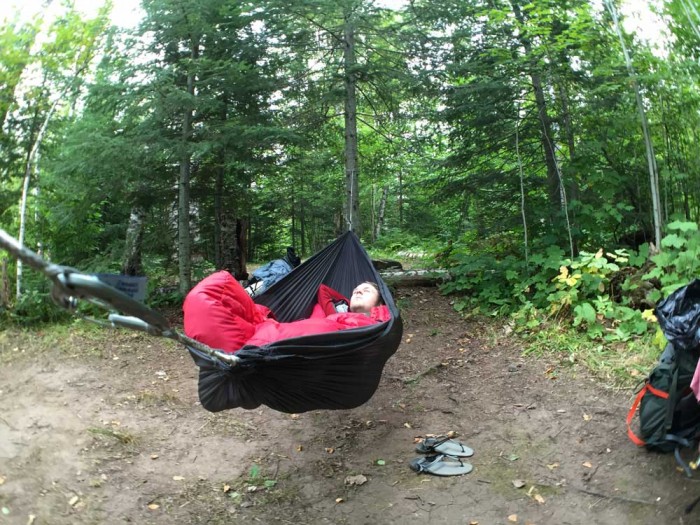 Just 10.6 ounces for the hammock and straps. Yep, that’s it. So you weight weenies can put away your scales and rejoice. It’s time to go camping. 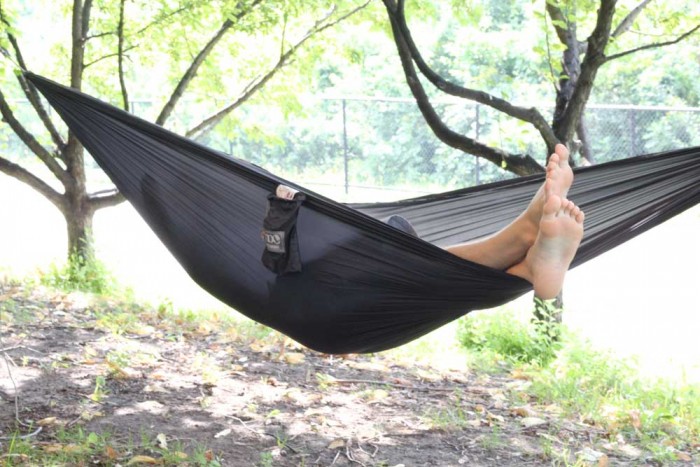 Eagles Nest Outfitters is quick to tout the Sub7 as the “industry’s lightest hammock.” And with a weight of 6.5 ounces (without straps), it’s hard to argue against that.

We’ve hunted and haven’t found anything lighter in mass-production. The Grand Trunk Nano 7 is the closest we can find from a big brand at 7.8 ounces without straps.

This summer, we put the Sub7 and Helios Straps through weeks of backpacking, camping, lounging, and swaying to see how it held up.

The Sub7 is made from a 70D lightweight ripstop nylon that shaves more than 3/4 of a pound compared to the ENO Double Nest. It also sheds weight with a pair of aluminum carabiners and a lighter nylon rope.

The whoopie sling has been used for hammock suspension for years, but ENO is the first big brand we know of to take a serious stab at mass producing it. The setup (reminiscent of a Chinese finger trap) uses interlocking ropes that don’t allow for any slippage when weight is applied; this means the suspension can be adjusted for nearly any hanging scenario from wide to narrow.

ENO has never been a difficult system to set up, and that has certainly carried over to the Sub7. We clocked about 1 minute 20 seconds for a full deploy. 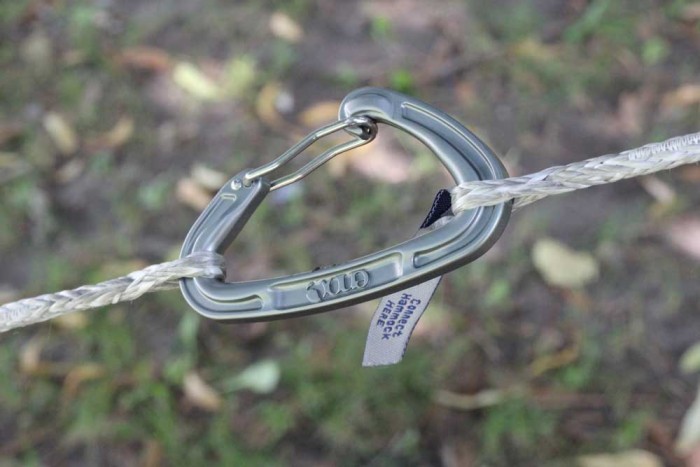 The carabiners clip easily into the suspension straps and they even have a handy tag that tells you where to loop them in. The loop points are on the smaller size, so fat carabiners might not work well.

The new nylon on the Sub7 is very light and very thin, almost translucent, in fact.

When first getting into the hammock, it felt like it wasn’t going to hold me. Some of our lighter testers reported feeling the same way. After I realized I wasn’t going to break through it was fine, though I was hesitant to be rough with it like a DoubleNest. 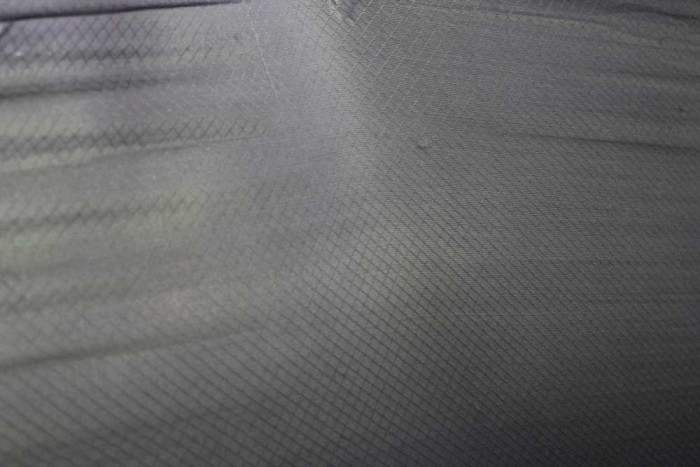 Because the nylon is so much thinner it’s also much cooler. Even a light breeze is easy to feel on your back. When it came time to sleep, a mattress pad or underquilt was required, even on a warm night.

Because of its relatively short size — 8 feet 9 inches — the Sub7 suits a smaller person. At 6’1″ and 250 pounds I had a hard time relaxing in it and an even harder time sleeping in it.

For me, it isn’t wide enough at the shoulders and I was forced to fold my arms across my chest, which gave me the eerie feeling of being in a coffin. Our smaller testers at 5’4″ and 5’8″ felt perfectly fine in it, however.

At just 3’11” wide, there isn’t a whole lot of room to spread out in this hammock, and it can be difficult to get into the desired diagonal sleeping position. We still slept comfortably, just not as flat as in the normal diagonal.

Of some concern was what looked like micro tears in the nylon after about a dozen uses. I’m not sure if this is just how the material looks when it gets stretched, but it left me a little on edge when getting in and out of the hammock.

The Helios is a welcome change to ENO’s suspension systems. After having used aftermarket whoopie sling systems for my hammocks before, it’s nice to have one made for and by a hammock company. 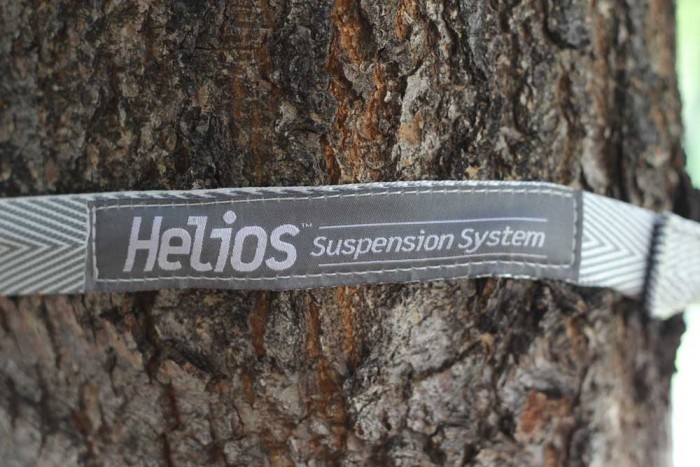 Although not at first intuitive, spend a minute with the straps and you’ll be able to operate them fine. We never encountered a tree we couldn’t make them work with, although we did have to double wrap them when using smaller, close together trees.

They are significantly lighter than the Atlas Straps, but not quite as long or as strong. They are 8 feet long and have a weight limit of 300 pounds.

To adjust the tension on the hammock simply slide the rope up or down and put a little tension on it. Not once did we ever get the impression that the suspension moved or wasn’t going to hold in place.

After using the Sub7 for multiple backpacking trips and a few other nights of suspended slumber we determined that ENO has clearly worked some voodoo to get it so light. At $70 for the hammock and $35 for the Helios Suspension, it’s on par with other hammock systems on the market.

The weight savings are hard to ignore, making it a great choice for multi-day trips. Ultralight campers will rejoice in a much lighter system. Though for taller and bigger users like me, comfort is worth a lot and being ultralight may not be all that great if it comes at the cost of a good night’s sleep.

Up Next: Create ‘Hammock Commune’ With Tree-O Frame