For an anecdotal look at the most “bugged” places in America, 200 billion tweets were analyzed to discover what city is “Most Pestered By Mosquitoes.” 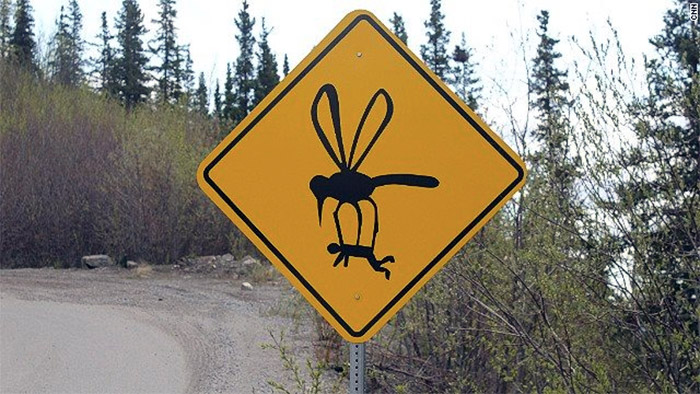 The Twitter research was commissioned by Terminix, a major pest-control company. The company issued a press release on its findings, which were culled from social media analytics software. Top words associated with mosquito mentions on Twitter included bite, kill, spray, hate and itch.

The “winner” of most mosquito complaints went to Goodland, a small town in northwest Kansas. The full list:

Per capita, people in these places complained via Twitter about the bugs more than anywhere else.

Terminix did the study as a marketing stunt to raise “buzz” about its new “eco-friendly” mosquito service, which uses a spray with garlic oil and fruit extracts to bait and kill mosquitoes.

Up Next: Two Climbers, One Sleeping Bag. ‘Backcountry Bed’ Put To Extreme Test On Rainier