Can a blanket be considered “technical” gear? An outdoors startup in San Francisco says Yes. 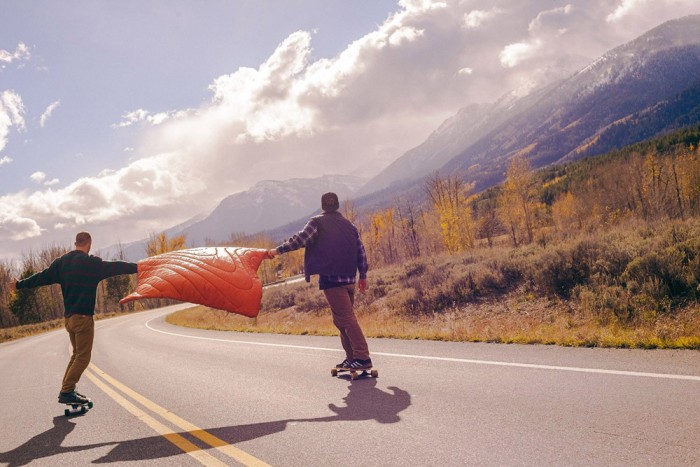 The company builds a blanket with stitched baffles, synthetic-down insulation, and a rip-stop nylon face. Called the Rumpl, its aesthetic draws from sleeping bags and puffy down jackets sold at outdoor gear shops.

The blanket comes with a stuff sack and packs small. Features include a dirt- and water-resistant face fabric that’s treated with a DWR (durable water repellent) chemical similar to what’s found on your down jacket.

It comes in five sizes, with prices starting at $65. 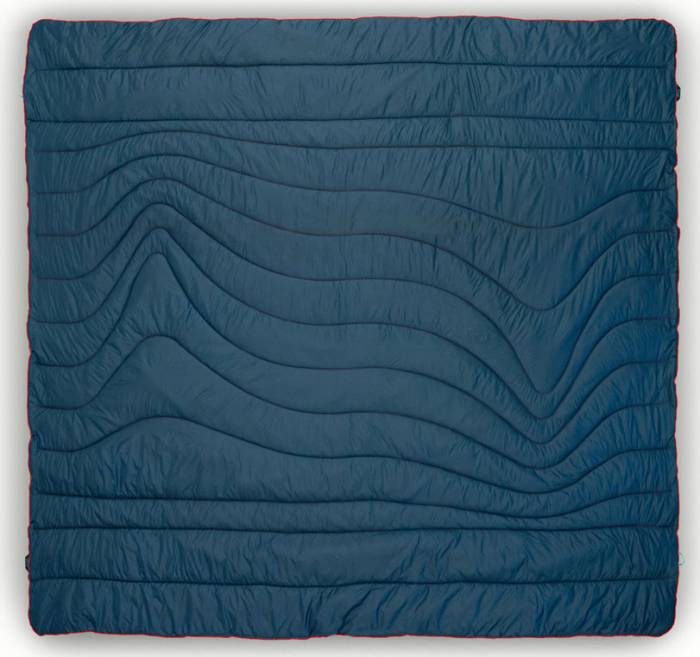 The Rumpl is made for use in the outdoors. You can picnic on it, or use it in a tent to sleep. This versatile nature — it’s a blanket, after all — makes it appropriate for home use, too.

The blanket could also serve travelers well. Stuff it in a backpack for chilly hostels, overnight bus rides, or unexpected naps outdoors.

I tested it in several scenarios. After a few weeks of use, the Rumpl has earned my respect. It’s a very simple product, but it is constructed of quality materials and shows no sign of wear after some abuse.

I got the “throw” size Rumpl — it measures 50 x 70 inches and weighs about 2 pounds. It packs to the size of a large bread loaf in an included stuff sack.

Over the test my blanket has been used on a backpacking trip in the Superior National Forest, and it’s seen a couple night’s sleep in a hammock. It endured three weeks on my family couch, four small children included. 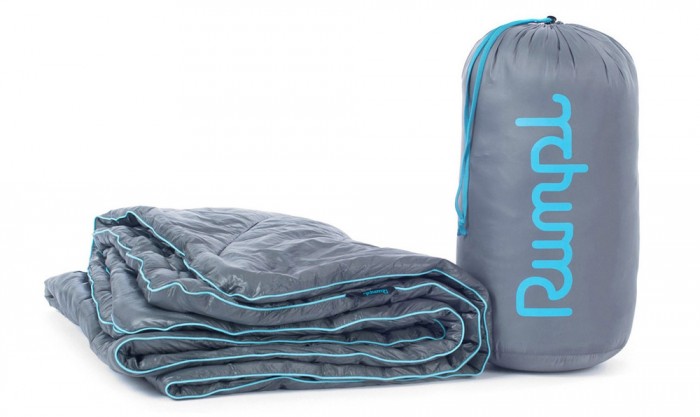 In the living room, or seated outside watching a kids ballgame, the “throw” size is about right. It wraps the whole body and is warm enough for windy spring days.

It can serve as a primary sleeping quilt on warm camping nights. But the blanket is not incredibly insulating — don’t expect to use a Rumpl alone on a backpacking trip unless you’re in a hot climate or heading out in July.

The outer fabric, a shiny nylon, is slippery. It was hard to keep it on the shoulders sitting around — if I could change one thing on the product it would be to replace the outer fabric with something more supple.

Look at the Rumpl for your next do-all outdoors blanket. Use it car camping, tailgating, at home, or around a fire on a misty night where you need a layer of extra warmth.

Up Next: Adventure Bound! Vehicles For Getting Out There

Saving…
Adventure Bound! Vehicles For Getting Out There
Mesh-Wall Tarp Gives ‘Oasis’ From Bugs While Camping
×