Home » Camping » A Technical Comforter For Your Outdoors Bed

Don’t limit your cuddling to the confinement of your home. Instead, simply move your entire bed to a picturesque nature scene and bring along your Rumpl. 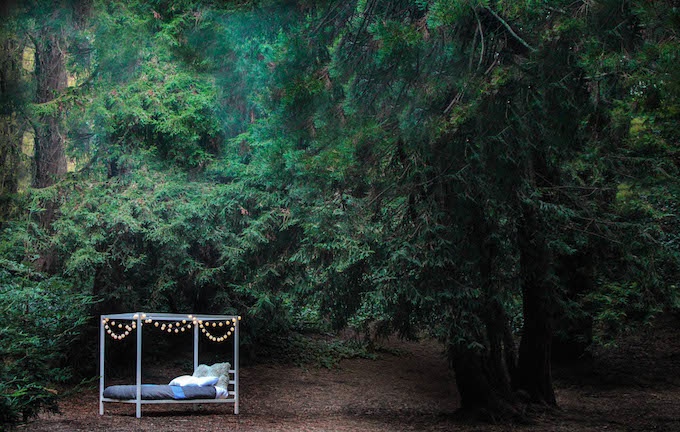 The Kickstarter campaign for the Rumpl Super Fleece is a mix between an Anthropologie store, a Cialis commercial, and Pacific Northwest magnetism. By the looks of it, the Kickstarter scene has fallen hard for the marketing campaign.

But beyond the silly marketing you have a fairly interesting product, one that could be nice for outdoors use or your bedroom at home.

Rumpl, a Kickstarter-fueled company based out of San Francisco, prides itself on making “high performance blankets” that use materials designed for the outdoor industry. It has carved out a niche for innovative, outdoor-specific blankets.

Its first product, dubbed “The Puffy,” was a financial success, raking in rave reviews from the likes of Wired and National Geographic. GearJunkie gave it a partial thumbs-up with caveats in a review dubbed simply “‘Technical’ Outdoors Blanket.”

It’s made of ripstop nylon with a DWR finish and filled with synthetic down insulation. Use it in a hammock, tent, or on the couch at home — it’s a versatile blanket for the outdoors and works as such.

Many people fell head over heels for the product. Our testers like it with one caveat — the slippery finish made it hard to keep it on the shoulders. This is a problem the Super Fleece probably won’t have.

A few days ago, Rumpl launched its newest product on Kickstarter called the Super Fleece. At the time of this writing, the Super Fleece is 1,073% funded and has amassed a whopping $160,983 with 45 days left in the campaign.

The Super Fleece is simply a bed comforter made with two “technical” materials found in activewear. The top side has a nylon knit with a DWR finish that repels water, stains, and odor. The underside is soft fleece with an antimicrobial treatment that will deter stinky funk. In-between the two layers is a synthetic insulation fill that should dry quickly and rarely need laundering.

Though we haven’t yet got our hands on one for a test, the Super Fleece looks like a nice upgrade. It could be a stand-in for a sleeping bag in mild temps and could be great on a hammock or for travel, although it’s hard to tell how well it would compress.

The blanket comes in three sizes (twin – $120, queen – $165, and king – $200) and a myriad of colors. If you’re interested in receiving one this upcoming March, when the snow begins to melt away and camping season nears, become one of 940+ backers. 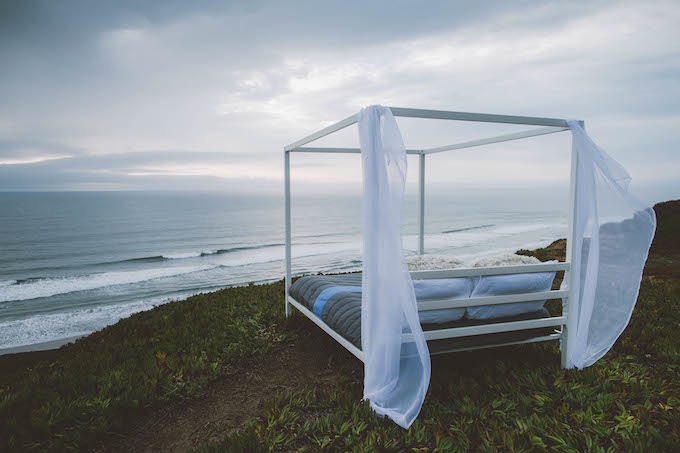 Ultimately, it’s a fairly expensive product considering it uses similar materials as a $50 sleeping bag that you can just unzip and use as a blanket. But of course that bag can’t be draped lovingly over a four-poster bed as the sea laps by your cozy feet.

Marketing buzz aside, the Rumpl is an interesting product for anyone who has use for a blanket with “technical” features.

And, for the record, if you pledge $1,325 you’ll receive a Queen Sized Super Fleece blanket, Cascadia Vehicles Mt. Bachelor Tent, Rumpl shirt, 2 Rumpl Beer Blankets, and a hearty slap from your loved one for dropping some serious dough around a blanket.

Check out the kickstarter video below: