In theory, a two-person sleeping pad is a soft spot to snuggle up with your hiking lover. We used the Klymit Double V to put this theory to the test. 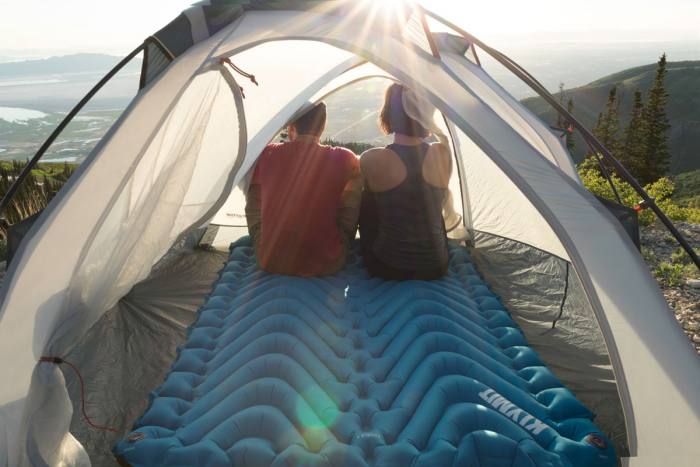 It was about 2 a.m. when my wife had to answer the call of nature. I know this because there was a sudden deflation under my back, which after several hours of comfortable support, was suddenly grazing the rocky earth ever so slightly.

She returned about five minutes later, a fact I know because there was a little bounce action as she crawled back in the tent and the mattress pressure increased. These are the flaws of a two-person sleeping pad. 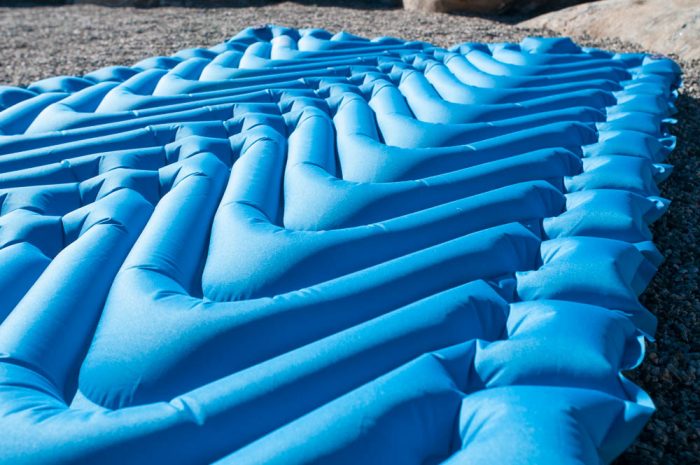 If you can’t handle a little “reminder” that you’re not alone, stop reading now. But if you can handle an occasional interruption, there’s a lot to love in a two-person sleeping pad.

The Double V is a comfortable pad for two people. I tested it for a couple nights this fall with my wife, and we agreed that we slept well. For me, the pad was great. She felt it was a little too soft and had a little back soreness in the morning as she prefers more inflation – something we could probably achieve fairly easily. 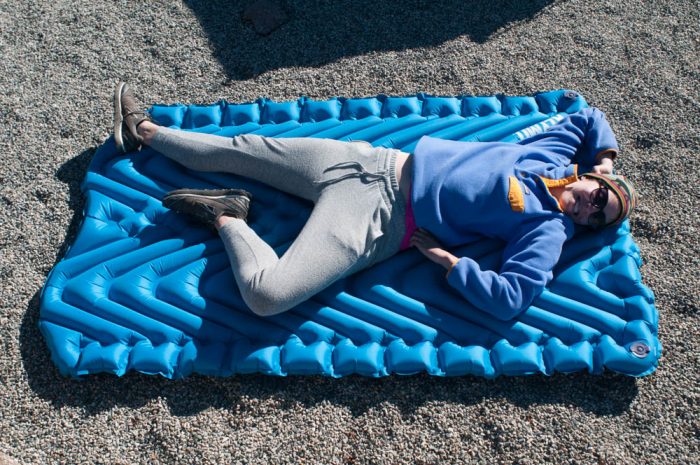 The Double V expands on the successful and popular Static V sleeping pad. It’s essentially two Static V’s built together. The design tends to keep users in the center, and at double width this one is pretty much impossible to fall off in the middle of the night.

The two-person pad completely filled the floor of my two-person Sierra Designs tent. This was an odd experience at first. Everywhere on the ground was filled with sleeping pad, so stowing gear required a little more forethought.

It's not the lightest sleeping pad on the market, nor the warmest, but the Klymit Insulated Static V Lite sleeping pad hits a lot of important marks. Read more…

But this also means you’ve basically got one big “bouncy castle” to crawl into, and it’s kind of awesome to have a large expanse of padded ground upon which to rest.

The Double V inflates with the help of its top-rolling storage bag. The bag has a valve on the bottom that attaches to the pad with a snug snap. Once attached, you open the bag large to fill with air, then roll the air into the pad. 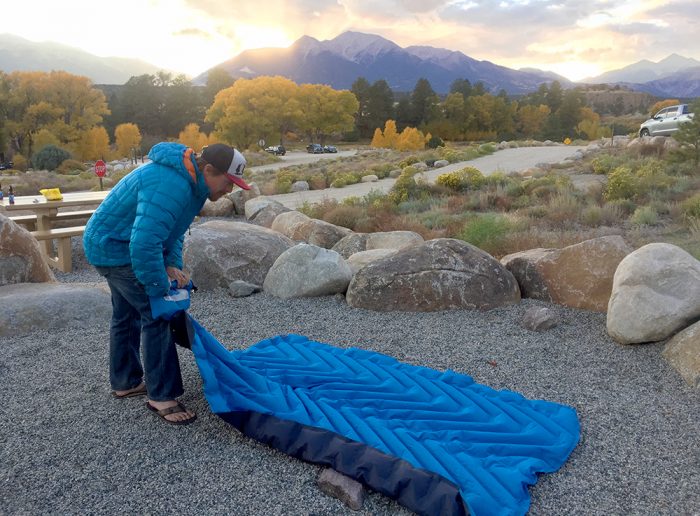 It works well, and I was thankful for the system. It took about 10 “rolls” of the bag to inflate the pad, but it would have been a nightmare to blow up with lung power. With the bag, it’s about a two-minute job.

Being a two-person pad, it’s big. The Double V weighs 40.5 ounces (about 2.5 pounds). Even half of that is on the heavy end of acceptable for a sleeping pad when backpacking. With a modest R-value of 1.6, this should be considered a three-season pad for fair weather, and more oriented toward car-camping than backpacking.

The pad easily fits into the oversized storage/inflation sack, which is nice. Still, rolling the extra-large pad is a bit of a chore, and not easy to do perfectly.

If you’re looking to get cozy (or more) in your tent, this thing kind of rocks. 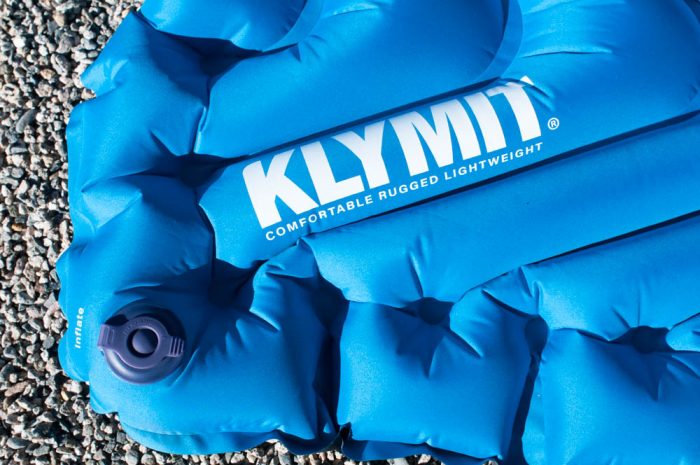 The pad is comfy, spacious, and allows you to be the big or little spoon to all your heart’s desire. My wife and I are average-size people, about 5’8″ and 5’10” (I won’t mention who’s who), but there seemed to be enough space for those up to about six feet tall.

The pad is 47” x 74” x 3″. At this size, it would make a pretty decent dirtbag bed at ski condos across the mountain states, one that could be stuffed into a pack and carried away once you’ve worn out your welcome. 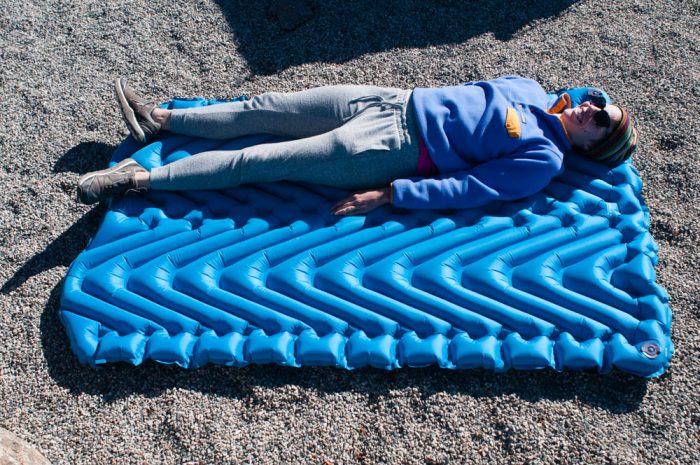 Overall, it’s a good sleeping pad and very comfortable for two people. At $130, it’s a good value too, breaking down to $65 per person.

It’s massive for one person, and if you’re car camping alone I’d see no reason to not use it for absolute comfort. It’s too heavy for dedicated backpacking use, but otherwise this two-person pad is a pleasant place to lay your head next to your loved one.