At 55 pounds and less than 6 inches deep when stowed, GentleTent’s inflatable rooftop tent may be the lightest on the market. Oh, and it also floats on water.

Rooftop tents have gained popularity because they add comfort and fun to car camping adventures. But they can wreak havoc on your vehicle’s performance. That all may change with the launch of the GentleTent inflatable rooftop tent, winner of the most recent Outdoor Industry Award at Friedrichshafen. 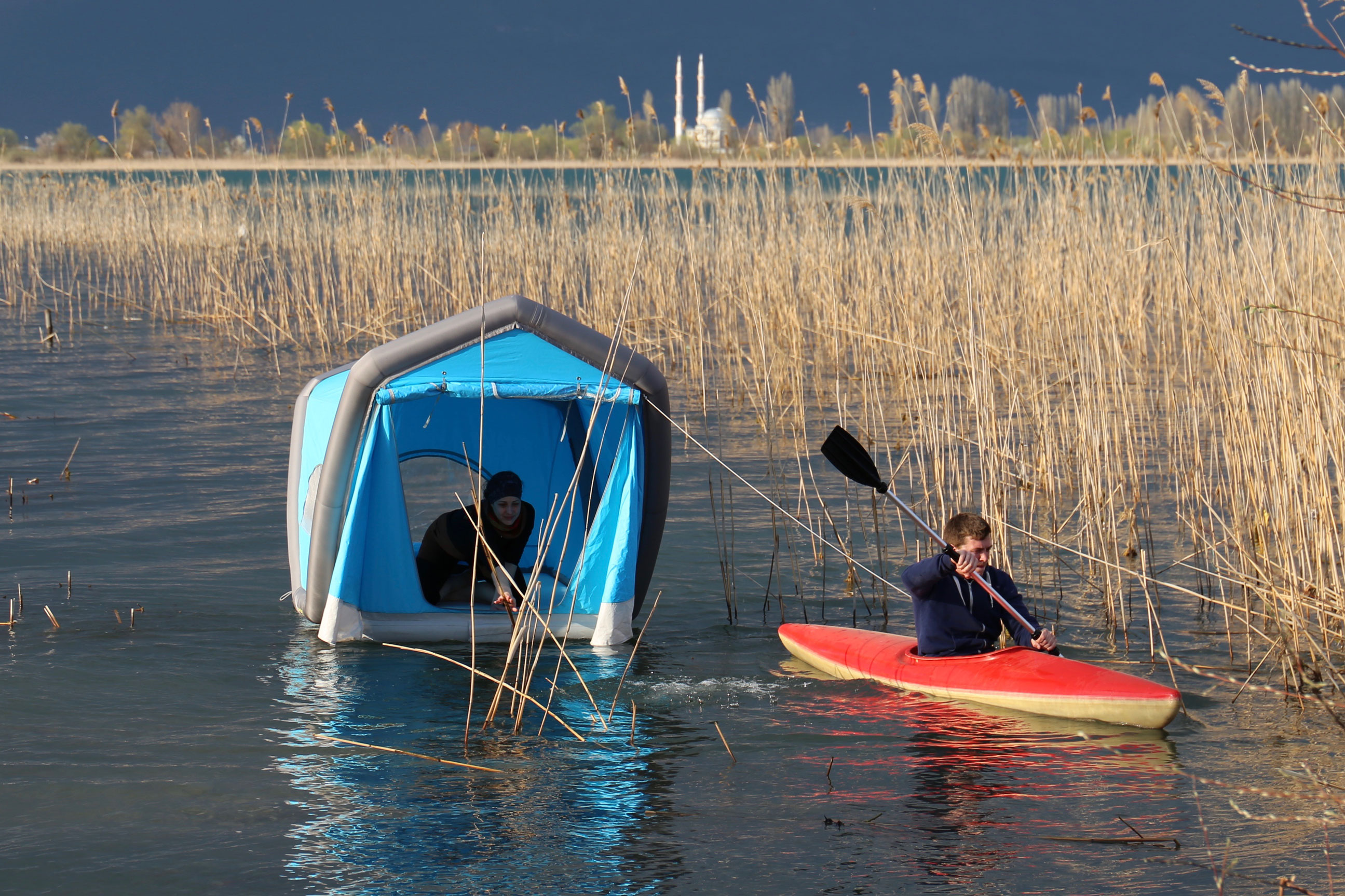 Weighing about as much as a golden retriever, the GentleTent falls well within most vehicles’ dynamic load rating (allowable roof weight while driving). Plus, it measures 1 meter on each side and only 6 inches high when packed down. So whether it sits on the car or in the basement when not in use, it shouldn’t be an eyesore.

And did we mention it floats?

And it does this with an inflatable frame and floor. By removing the metal normally required for a floor and replacing it with an inflatable floor similar to an SUP board (you’ll want to add a mattress over this), the GentleTent cuts weight by half compared to most rooftop tents.

Once you arrive at the campsite, pull off the inflatable tent’s protective tarp cover, plug the included air pump into your car’s 12V socket or cigarette lighter port, and begin inflating. 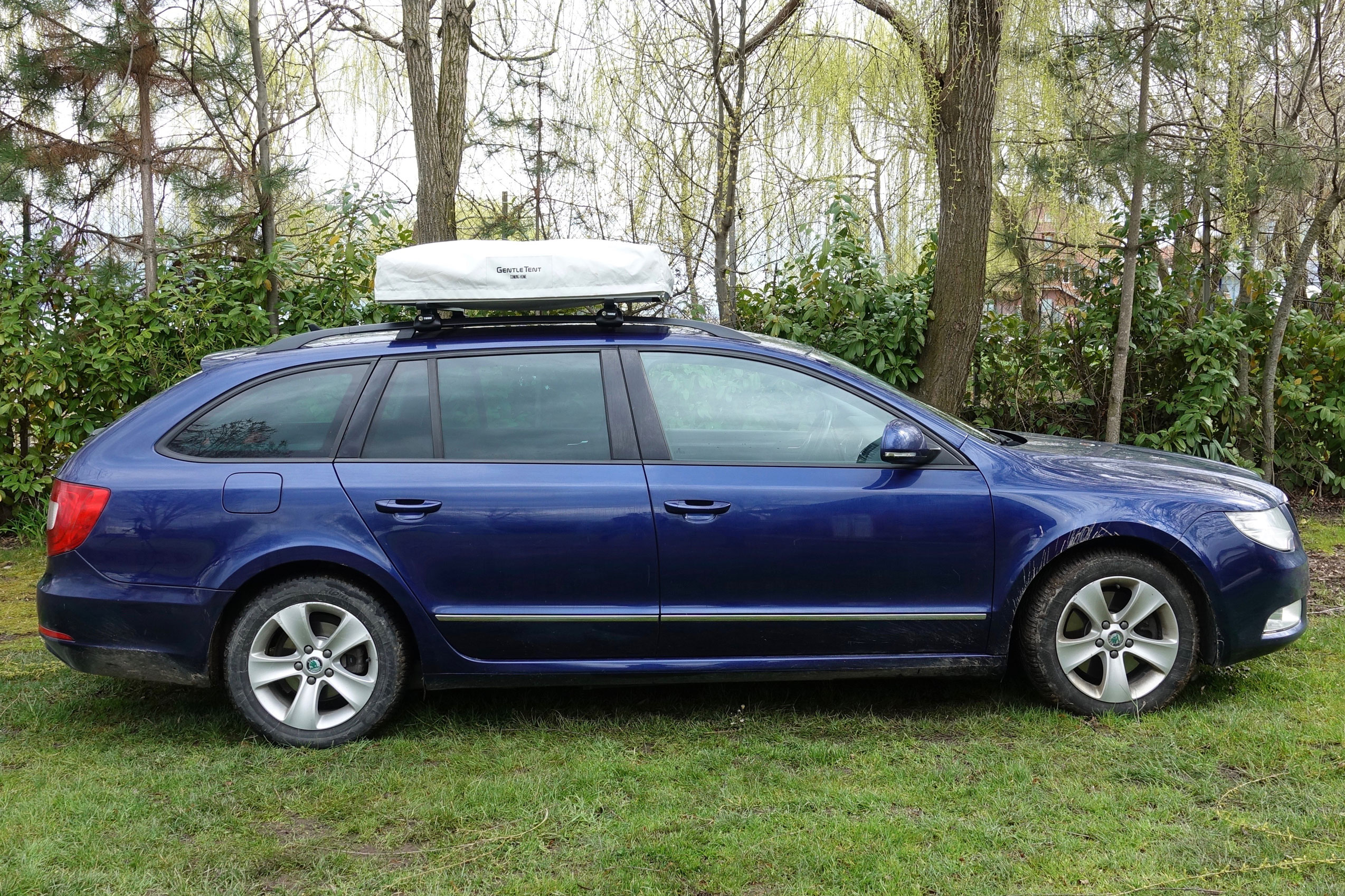 According to Austria-based GentleTent, the tent’s platform and baffles take about 5 minutes to inflate. Set up the collapsible aluminum ladder, guy out the overhanging edge, and presto!

And while the inflatable rooftop tent packs down small, GentleTent claims its interior dimensions, when deployed, are plenty spacious. The specs show the base extends more than 7 feet long, 4.5 feet wide, and about 4.25 feet high. That should provide enough space for those north of 6 feet tall. 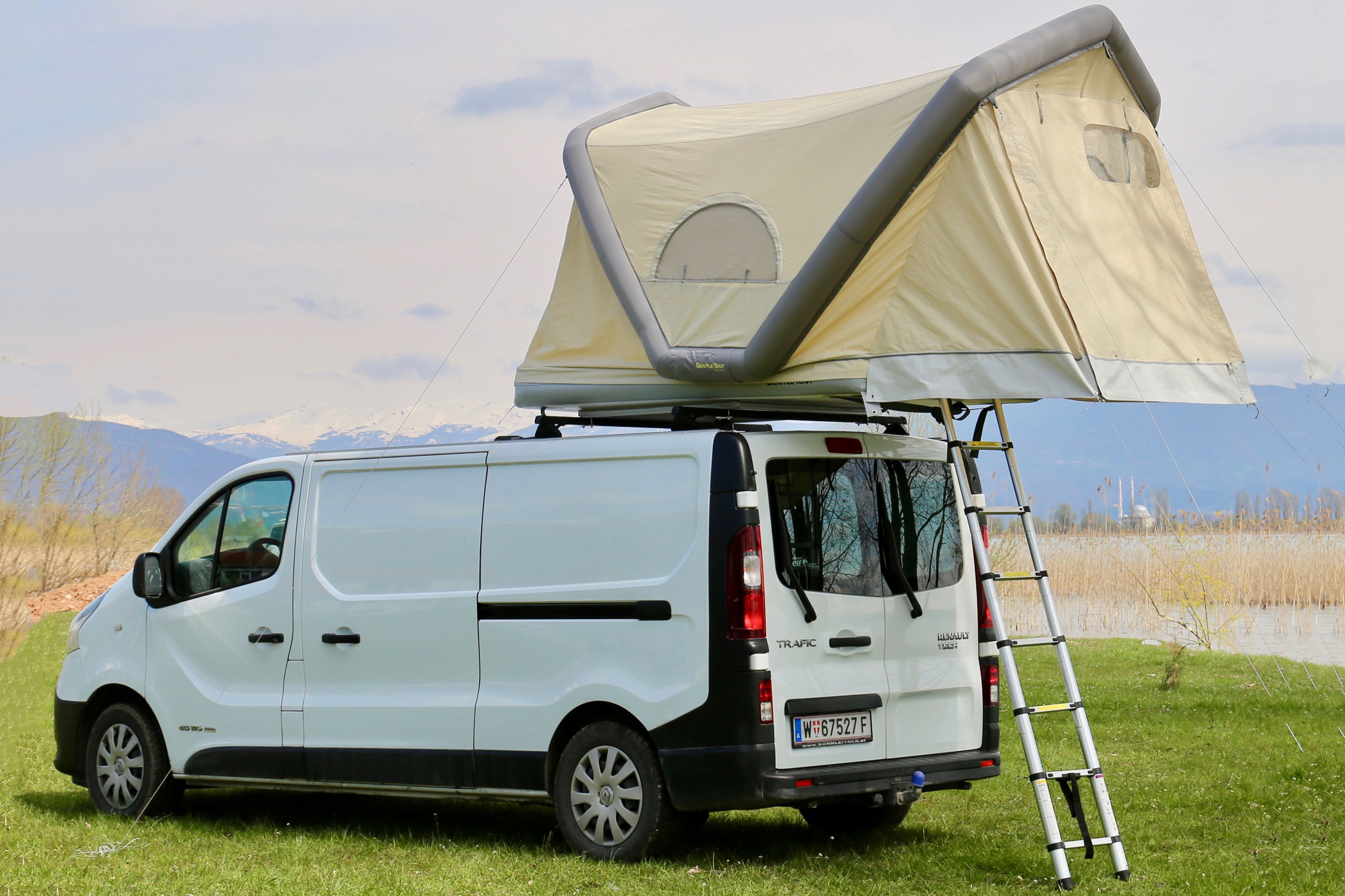 That’s all well and good, but what about when you want to yank your rooftop tent off the racks and throw it in the lake? Well, GentleTent apparently thought of that.

“Due to the base mat made of drop stitch material, which is also used for stand-up paddling, the GT Roof can also float on water,” the brand says on its site. “We are already dreaming about a night at the lake listening to the mellow sounds and feeling the gentle rocking of water. How about you?” 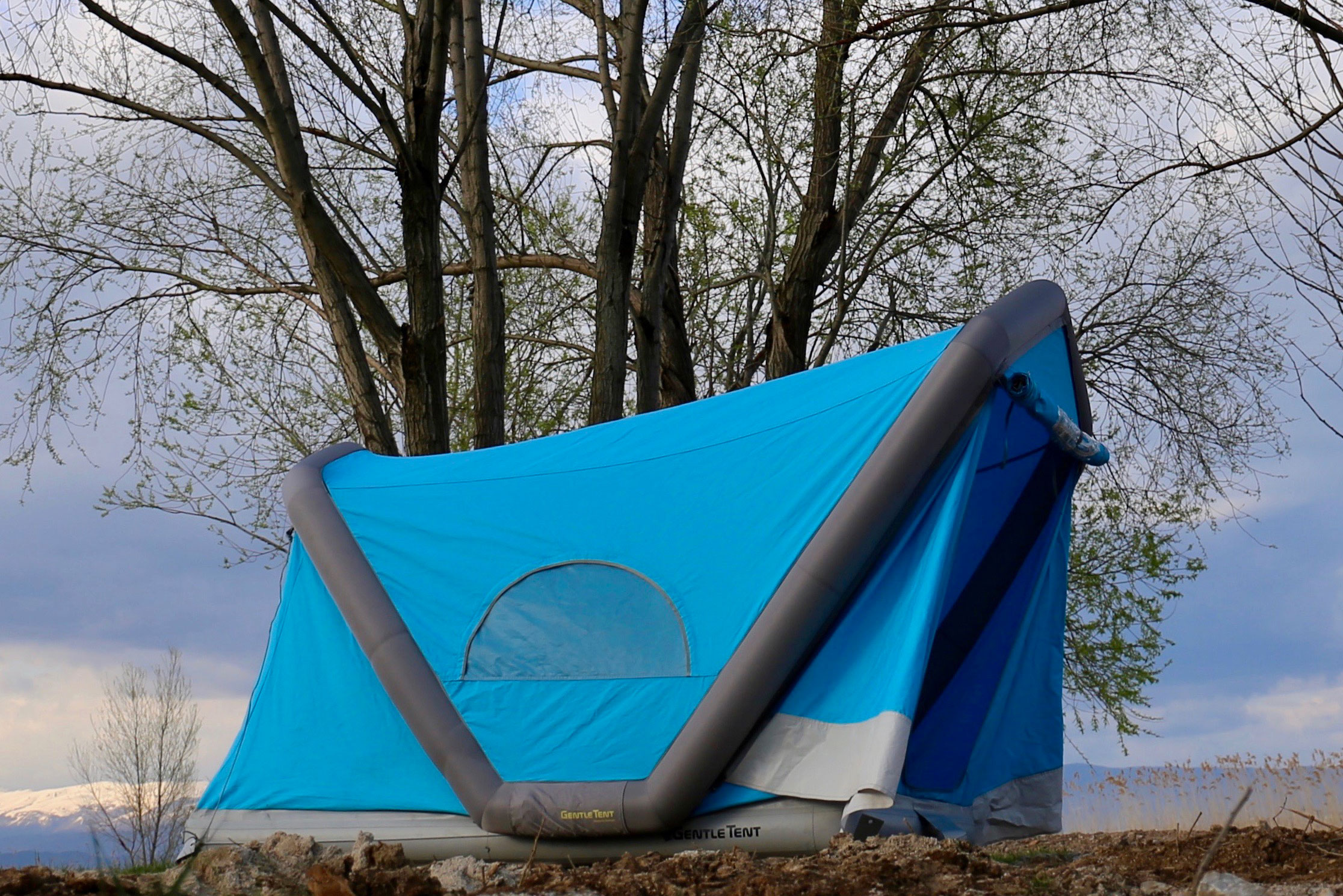 No — but now that you mention it, why not? And the brand said it triples as a regular ground tent to boot.

We haven’t tested the GentleTent yet, but we’ve slept in a lot of rooftop tents. And they’ve impressed us with the level of protection they provide in nasty weather. Many also have very comfortable beds. So if GentleTent can match these attributes in a much lighter package, we’d be intrigued.

The GentleTent launched at last summer’s Outdoor Friedrichshafen show in Europe. But it’s now available to the public for a whopping $2,500! For that, you get the tent, the ladder, and a pump — mattress (and paddle) not included.

Up Next: First ‘Hyper-SUV’? What You Need to Know About the GFG Style Kangaroo