The North Face makes tents trusted by renowned expedition mountaineers and climbers like Cedar Wright and Alex Honnold. Its $5,500 2-Meter Dome tent stands as the brand’s stoutest shelter, capable of housing up to eight adventurers in the most extreme conditions.

But last week, the brand finally launched a slightly more practical expedition tent for the U.S. market. And it comes in at less than half the cost. Previously only available in Korea and Japan, the $2,000 Geodome 4 Tent will stand up to 60mph winds, sleeps four, and stands just as tall as its eight-person cousin.

The Geodome’s nine-sided bathtub floor spans about 44 square feet. That’s not as big as the brand’s glamp-worthy Homestead 4, but the Geodome’s construction sets it apart.

Five poles with one “equator pole” create a spacious interior that will endure harsh conditions. The 75-denier ripstop canopy and 1,500mm PU-coated fly should keep blowing rain or snow at bay. 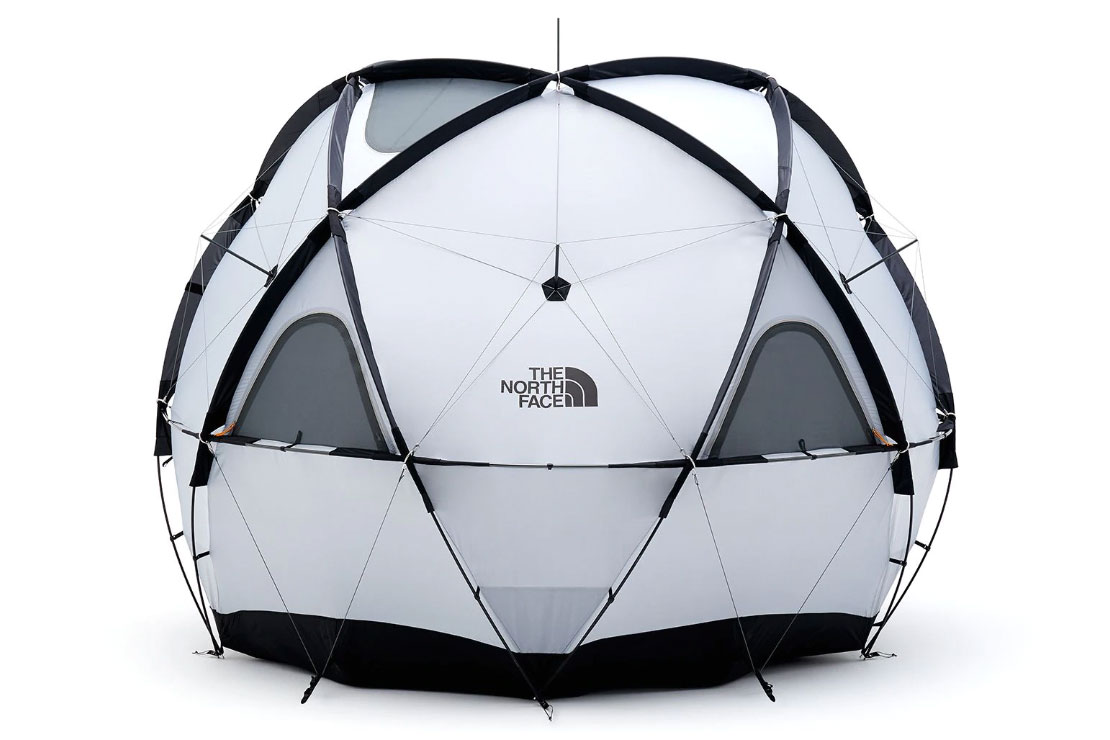 Inside, five mesh windows provide views and some cross ventilation when conditions merit. At its generous “peak,” the Geodome will accommodate someone up to about 6’9″ tall.

Though less expensive than TNF’s robust 2-Meter Tent, the Geodome still runs $2,000. So as far as we can tell, it suits serious adventurers pursuing all but the nastiest objectives.

Of course, we already know people will pay at least that much just to glamp in comfort at Burning Man. So we’ll see how — and where —  Americans decide to use the Geodome.

The massive, heat-reflecting space tent can stand on its own, or serve as a post-civilization glamping hub, connecting to satellite tents via tunnels. Read more…

Up Next: ENO SkyLoft Hammock Review: No More Taco With Lay-Flat Design