Mikah Meyer just became the youngest person to visit all 419 U.S. national park sites and the only one to do it in a single, continuous push.

In the U.S., we are fortunate to enjoy 61 national parks. But when you add all the monuments, historic sites, recreation areas, and other sites managed by the NPS, that number skyrockets to 419 “units.” 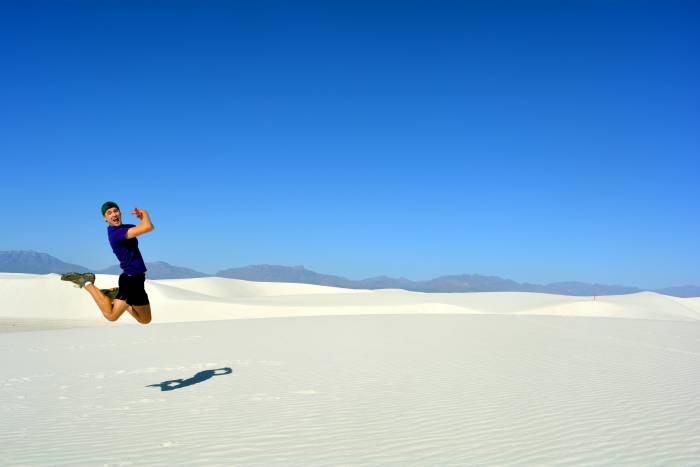 On April 29, 2019, 33-year-old Mikah Meyer completed the impressive feat of visiting every one of them. Oh, and he did it with the help of a converted 2014 Ram Promaster, affectionately dubbed “Vanny McVanface.”

He visited all 419 national park sites across the United States, including those in Alaska, Hawaii, and five U.S. territories. What’s more, he did it all within 3 years, driving 70,000 miles in the process. Add boat, train, and airplane rides, and he traveled more than 200,000 miles to complete the mission.

Meyer undertook the mission to honor his late father and to stand as a “new type of LGBT role model.” 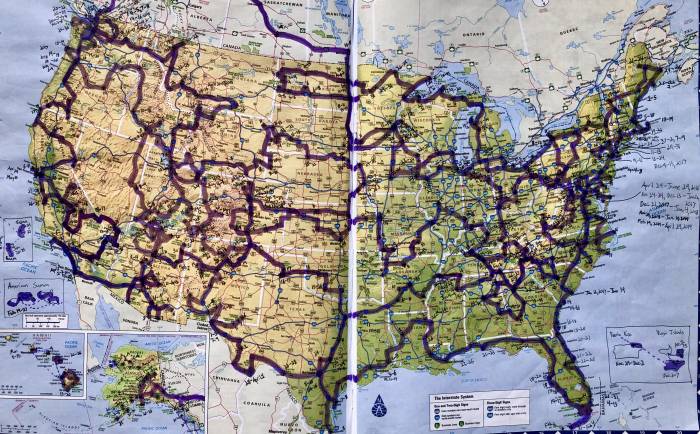 April 29 is a special date for Meyer. In 2005, his father passed away from cancer at age 58 on that day. His dad loved road trips, so taking this epic trek was a way to memorialize his father. 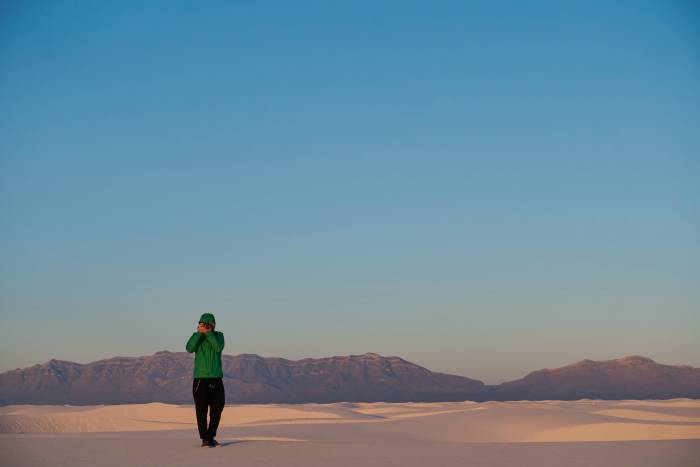 “It still hasn’t totally struck me that it’s done,” Meyer said. “Mostly it’s just crazy to look at my parks’ map now and recall one by one the places I’ve been and pulling up pictures and videos and remembering each individual site. The past 3 years have felt more like one giant task than 419 sites, so it’s fun to reminisce on the adventures from each park.”

I spoke with Meyer to learn more about visiting these sites. 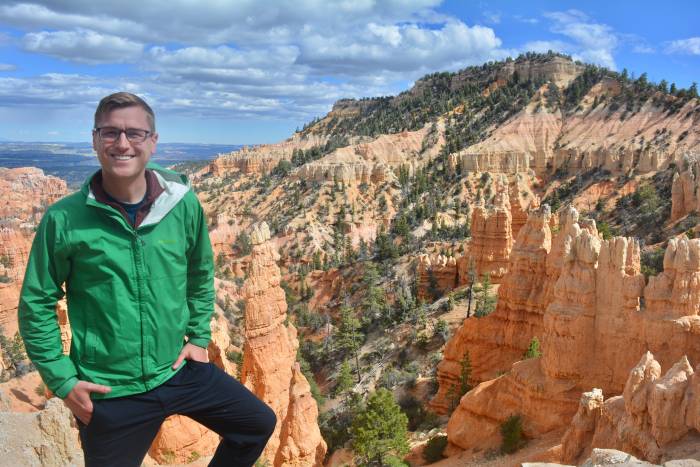 GearJunkie: You mostly traveled in your converted 2014 Ram Promaster (Vanny McVanFace) that you purchased as a bare cargo van on Craigslist and built out yourself. How many nights did you sleep in the van, and what was the craziest place you slept?

Meyer: Of my 1,095 days of travel, I slept in the van about 70 percent of the time. I slept in hotels and tents no more than a few weeks combined, mostly in the island parks. I was so budget-conscious that I only succumbed to a hotel if the temp was under 20 degrees Fahrenheit. For example, the polar vortex that ravaged the Eastern U.S. in January 2018 found me getting a cheap hotel room in Amarillo, Texas, when the temps dropped to the low teens.

The craziest place I slept was a parking lot in suburban Detroit. I woke up at 5 a.m. to a fight happening on the other side of my van. Part of me wanted to poke my head out the window and say, “Excuse me, some of us are trying to sleep here!” But in actuality, I just laid frozen still, wondering if bullets were able to pierce Vanny’s side, or if they’d get stuck in the frame and wooden walls before reaching me. 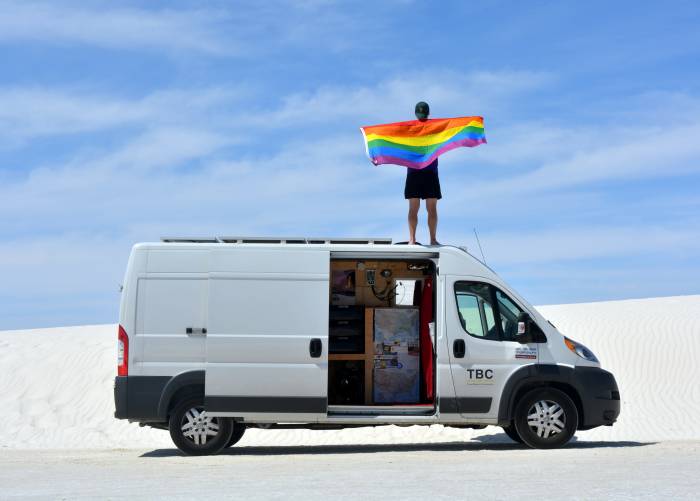 Vanny is now back on the Craigslist market ready for his next adventure. I’ll deliver him anywhere in the continental U.S. to a good home!

What’s the longest you went without a shower? (Vanny McVanFace did not have a shower.) 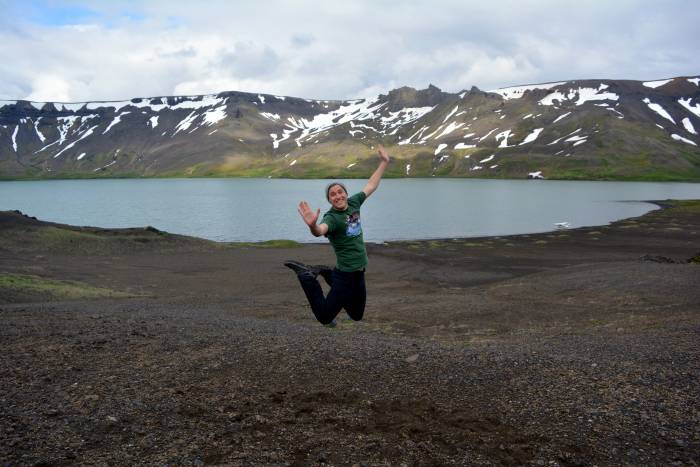 While in Alaska’s Arctic Circle, I spent 12 days with Alaska Alpine Adventures rafting through Gates of the Arctic National Park and Noatak National Preserve. Despite being August, it was still in the 30s/40s and cloudy, so I hardly ever took off any layers. But when we reached Kobuk Valley National Park on our ninth day, it was the first time the sun shone brightly. I stripped down for a dip in the river and paid the price for that “shower” because my body was covered in mosquito bites in the span of 2 minutes.

Which was the most difficult park to reach?

More people climb Mount Everest each year than reach this ancient exploded volcano on the Aleutian Islands of Alaska. Standard practice is to plan one week waiting in King Salmon, Alaska, for weather to be good enough for a bush pilot to take you there for a few thousand dollars.

Did you come up with your favorite site?

I’ll be spending a temperate Upper Midwest summer curating my list of all 419 sites so I can share it with park fans to make sure they experience the best National Park Service sites we have to offer. Spoiler alert: It’s not one of the 61 national parks!

Also, one of the challenges of this undertaking was that the number of official National Park Service sites continued to change. There were 401 sites when I started planning in March of 2014. Then 411 when I launched in April 2016. The finale is 419. If a brand new site is added, I’ll visit in the future, but without the nonstop nature of the journey!

Stay in one place! I’m settling in Minneapolis for a bit — the city this journey has me believing is my best new home option. I’m sure I’ll get the itch to escape on some Delta flight or drive to the Great Lakes. I’ll be writing a memoir of this journey and presenting park tips and anecdotes via speaking engagements around the country, plus some upcoming appearance for REI. I don’t know exactly what the long-term future looks like, but the goal is whatever forms I have to fill out, “adventurer” stays the answer to “job title” as long as possible.

Up Next: The Rooftop Tent Revolution Gets a Splash of Color

Saving…
The Rooftop Tent Revolution Gets a Splash of Color
YETI Launches a Burly Cargo Crate, the LoadOut GoBox
×