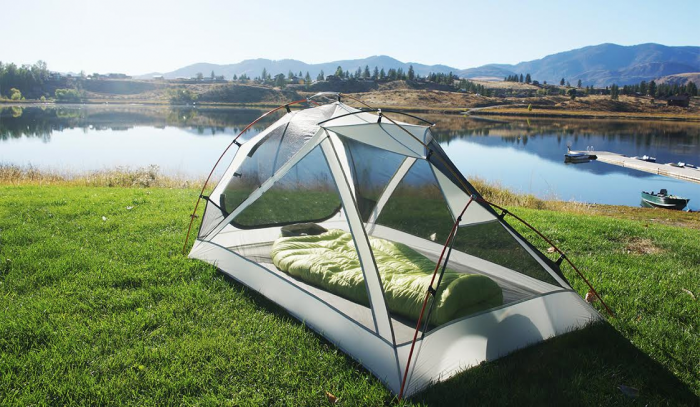 [leadin]From backpacking tents to sleeping bags, Zerogram hopes to stir up the U.S. market when it launches stateside in 2016.[/leadin]

Zerogram is a Korea-based brand specializing in backpacking equipment. The brand has a focus on ultralight materials and a goal to minimize environmental impact.

Never heard of Zerogram before? It launched in South Korea in 2011 and has become a staple of the outdoor industry in Southeast Asia, the company states.

The U.S. launch will feature a small stock of products, including a few shelters, titanium cookware, and a sleeping bag.

It’s online now at a new U.S. website and store. Starting later in 2016, the gear will be available at retailers across the country.

We’ve been testing the PCT UL 2, an ultralight tent, over the past few weeks and have walked away from it with good impressions.

Designed for through-hikers (thus the PCT or Pacific Crest Trail name) it’s light, quick to set up, and roomy.

The tent has a premium feel to it that makes the $390 price a little more bearable to stomach. We spent several nights sleeping out under the stars with it and the tent proved to be a cozy shelter for two people.

The YKK zippers feel premium and are easy to work, the poles snap together solidly, and everything packs down into a reasonably small 18″ x 7″ stuff sack.

The color scheme is a muted monochrome, which distinguishes the tent in a field of colorful competitors. Plus, the almost translucent rainfly lets in a ton of light once morning breaks.

Similar to other backpacking tents, the PCT is designed around a single pole. The inner tent is almost entirely mesh and leaves the space airy and roomy feeling despite its two-person size. A 50-inch width ensures room enough to sleep two adults comfortably and with a ceiling height of nearly 40 inches, we were able to sit up fully in the tent without a problem.

The vestibules are minimal and provide ample room to kick off muddy boots or cook during a rainstorm, but would be hard pressed to fit two full-size packs under.

A lightweight rainfly connects easily via pole grommets and cinches down in the event of high winds. Our nights camping thus far were calm. But this shelter is air tunnel tested to withstand up to 70 mph winds, the company states.

The Zerogram was easy to set up and take down, with both processes taking us less than 5 minutes. The whole tent, including stakes and footprint, pack into a compression sack and weigh about 4 pounds.

We’ve slept in lighter tents over the years, but for a packable thru-hiking shelter, the PCT UL 2 does a fine job and with the extra room some hikers prefer.