Did you know Chaco supports the largest whitewater park in the U.S.? How about the National Park Service or a speed record attempt at the Grand Canyon? Here are four notable Chaco-backed river projects.

The idea for Chaco sandals was born on a river. For decades, the brand has graced the feet of river guides, whitewater rafters, and millions of people who live and play around water. Along the way, the Colorado-founded (and now Michigan-based) company has supported some impressive river-oriented efforts.

“Putting the rapids back in Grand Rapids.” That’s the simple premise of a decade-long project in Michigan involving Chaco and a dozen other organizations concerned with the restoration of urban waterways. 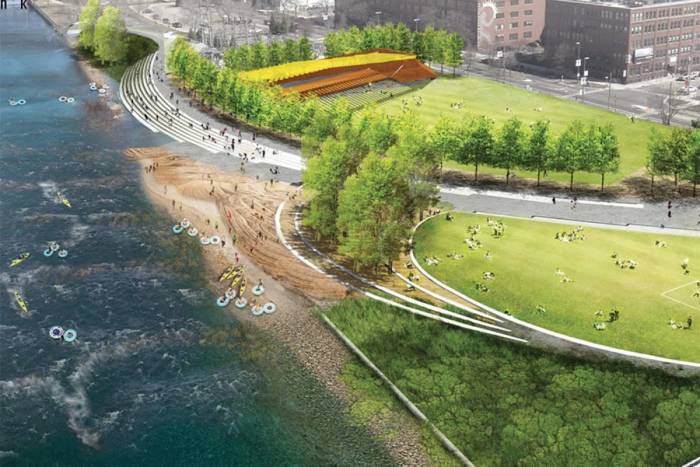 Previously, we covered the initiative in full in “Whitewater Revival: $40 Million Restoration Puts Michigan on Paddling Map.” The Grand Rapids Whitewater project will reshape a waterway cutting through the heart of downtown.

Beyond rapids, eddies, and other whitewater features for boaters, the renewal promises to restore a fishery and bring jobs to the city. It will also create a multi-mile community space with trails, beaches, parkland, and municipal features focused on the once-ignored (but soon-to-be-renewed) Grand River.

Paddling the 277-mile length of the Colorado River through the Grand Canyon is a lifetime goal for many whitewater enthusiasts. In 2017, an elite team attempted to complete the whole stretch in one go. 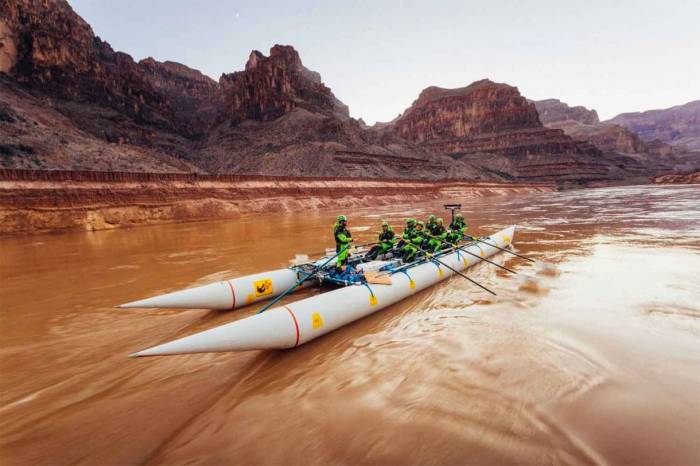 They attempted the speed record in a giant, custom-built raft. Chaco sponsored the effort, and the crew, including members of the U.S. Whitewater Rafting Team, put the first iteration of the brand’s made-for-water shoes to the test.

Documented in a short film called “Time Travelers,” the crew pushed for more than 39 hours straight. They paddled from Lee’s Ferry, Ariz., on water rushing at 20,000 cfs, a once-in-a-lifetime ride under towering cliffs and through waves above head height. Did they make it? You’ll have to catch the film to find out.

For the 50th anniversary of the Wild and Scenic Rivers Act, Chaco created a river-oriented collaboration. It came with a $10,000 donation to American Rivers’ 5,000 Miles of Wild campaign, which helps protect rivers nationwide. 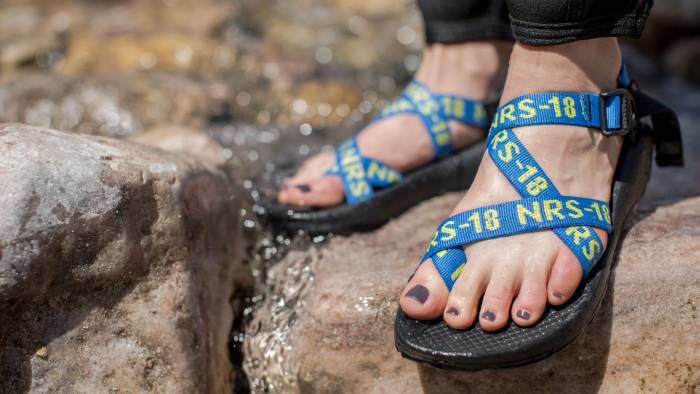 Josh Weichhand, Chaco creative director said, “Both Chaco and NRS were born on the river and continue to work and recreate there while promoting responsible use and access to these wild places.”

To celebrate 100 years of the National Park Service, Chaco dug into a long-term partnership with the NPS’ official charity, the National Park Foundation. Together, they built both a sandal collection and a fundraising effort for America’s national parks and the watersheds therein.

The partnership began in 2016. Since then, Chaco has dedicated more than $50,000 to the organization. The brand is clearly putting revenue back into rivers.

“Whitewater Revival” is an article series sponsored by Chaco.

Up Next: Dream Machine: Win This Custom Sidecar Motorcycle With SUP and Rack