For most hunters, chronic wasting disease (CWD) is a minor concern that raises red flags about the health of animals and game meat. Now, you can find out where CWD is across North America.

While no cases have been confirmed in humans, it’s still a spooky disease that’s fatal to deer and elk and spans much of North America. Today, onX released a new layer to its hunt-oriented mapping systems that shows exactly where CWD has been found.

Quality Deer Management Association (QDMA) teamed up with onX to help make this information mapping possible. CWD has been prevalent in the whitetail deer species, and the QDMA has worked hard since 1988 to manage healthy whitetail habitat and populations.

The organization tracks the spread and collects data with their member-volunteers, corporate sponsors, and other advocates.

It’s 100 percent fatal for the species that contract the disease. For this reason, CWD piques QDMA’s interest. 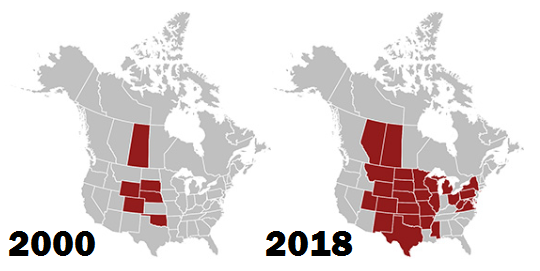 CWD continues to grab headlines as it spreads across the nation. In 2000, five states and the Canadian province of Saskatchewan had confirmed cases. Today’s data shows CWD has spread over approximately three-fourths of the U.S. and Alberta, Canada.

The disease is also found in closely related ungulate species such as elk and moose. 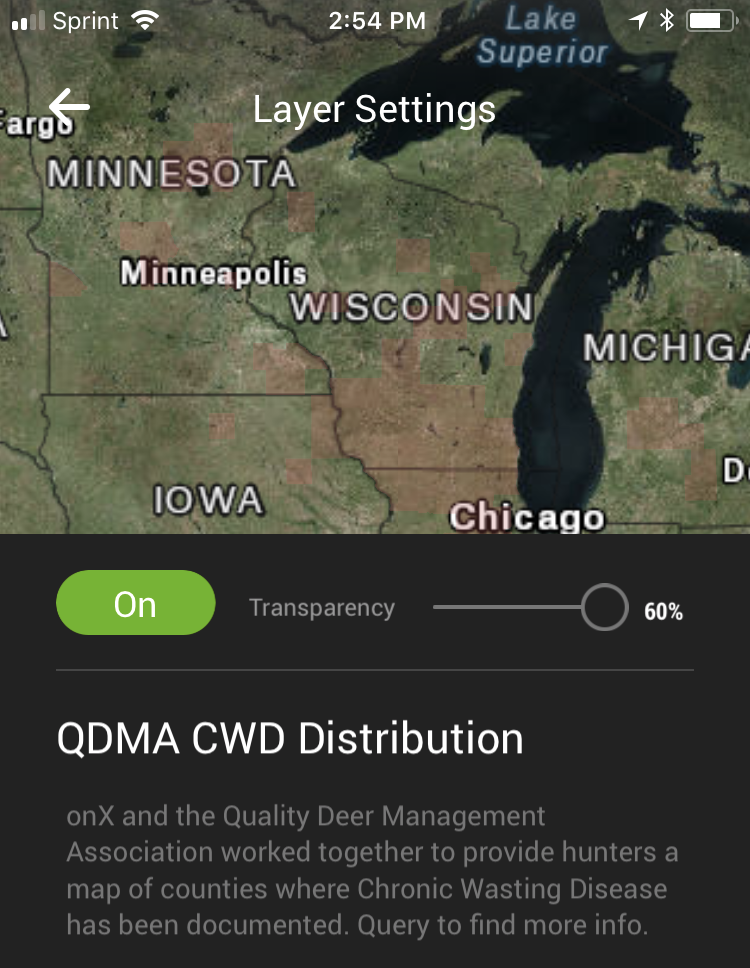 Open the app and look down to the bottom left corner. Tap the Map Layers selection. The next prompt will allow you to select a State or Nationwide layer; select Nationwide. Then tap on the Hunt subheader, which will expand the available layer choices.

From here, tap the QDMA CWD Distribution layer to open up the layer settings. Turn it on and adjust your transparency setting for the strength of shown layer on your onX maps app.

Next, onX will display CWD on your screen in a red tint.

Thoughts From the Field

CWD has no record of transmission to humans. Biologists, scientists, hunters, animal advocacy groups, and other entities are still closely watching the disease’s progress.

Multiple hunting areas have checking stations that prevent you from transporting harvested meat, diseased or not. In addition, hunting regulations are shifting in certain areas specifically due to this disease.

Stay informed and keep tabs on local regulations by checking with authorities in the hunt and fish or wildlife biology sectors.