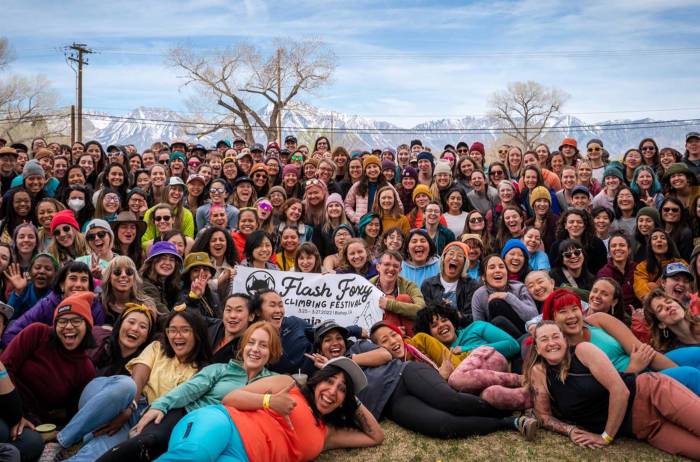 Flash Foxy, pictured here during their 2022 climbing fest in Bishop, CA., will get support from Arc'teryx; (photo/Vikki Glinskii for Flash Foxy)

The outdoor apparel company will give money to community-led climbing groups as well as training clubs for the sport’s top athletes.

After investing more than $600,000 in climbing over the last 5 years, Arc’teryx just announced a large expansion of its support for the sport.

The Vancouver-based company committed $5 million over the next 5 years. Money will go to groups focused on inclusion and others that nurture climbers at the top of their game.

“We firmly believe in those who create space for newcomers, as well as providing the resources which may be the tipping point to joining the next Olympic climbing team,” the company said in a press release.

Climbing remains the founding inspiration for Arc’teryx, the company said. That’s why it has offered an annual Alpine Academy in Chamonix for the last 10 years. The event includes workshops, clinics, seminars, and social gatherings for supporting athletes’ continued education.

Now, the company aims to serve the climbing community more “holistically.” That means investing in diversity as well as groups supporting professional athletes (though Arc’teryx did not provide examples of those organizations).

Climbing groups based in a range of North American cities will see support through the initiative. They include Toronto and Vancouver as well as San Francisco, Chicago, and New York.

Several climbing gyms will receive money for events that bring in newcomers. That includes gym passes and free climb nights for marginalized communities like women, BIPOC, and queer/trans nights.

Climbing groups that focus on expanding the sport’s diversity will also get a boost. They include Flash Foxy, Colour the Trails, and Brown Girl Outdoor World. All three have received community grants from Arc’teryx “aimed at creating more spaces” for newcomers to access climbing, the company said. 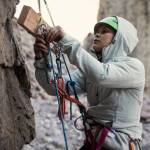 One of the country’s premier inclusive climbing organizations is enhancing its mission to support more athletes as the sport continues to grow in popularity nationwide. Read more…