An aggressive downturn, a tight-fitting heel, and a ton of rubber make Butora’s Acro my new ‘send shoe’ for tough problems and short, overhung routes. 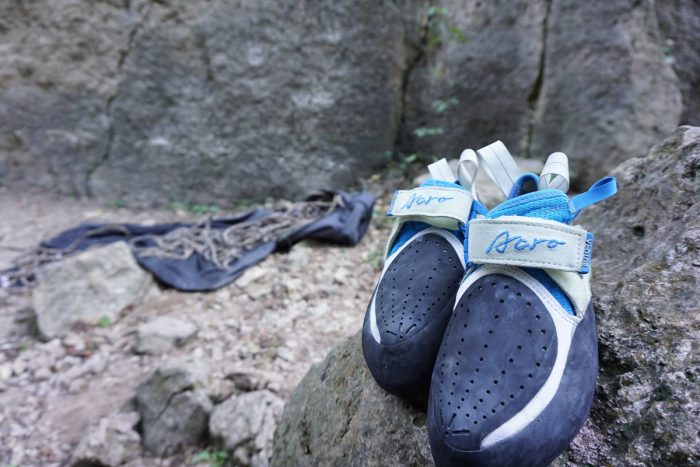 I first came upon this relatively unknown climbing brand last fall at my local climbing gym. Butora (pronounced boo-TORE-ah), a Korean company established in 2014, was demoing several shoes it had just released into the U.S. market.

I tried on several, and fell in love with the Acro. 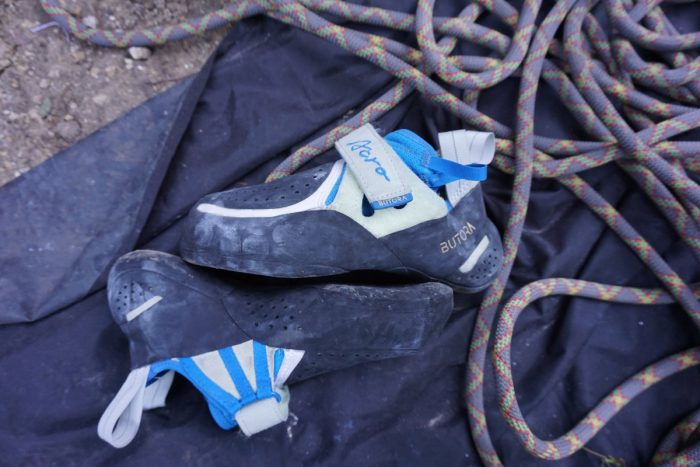 A quick note on climbing shoes: getting a shoe with proper fit is key. These shoes happen to fit my foot type very well.

A climber's connection to the rock is as dependent on feet and shoes as it is on hands. Here we break down climbing shoes for anyone getting into the sport of rock climbing. Read more…

Instead of having men’s and women’s shoes, Butora offers narrow fit (blue) and wide fit (orange). I wanted a shoe that fit snug, so I chose the narrow version and went down a half size from my street shoe.

It was a snug fit indeed. For the first few weeks, getting them on was tricky, they were downright painful to wear for more than a few minutes.

As the weeks and climbs rolled by, they stretched just enough to be comfortable. I only took them off after about 30 minutes of bouldering to give my feet a break. 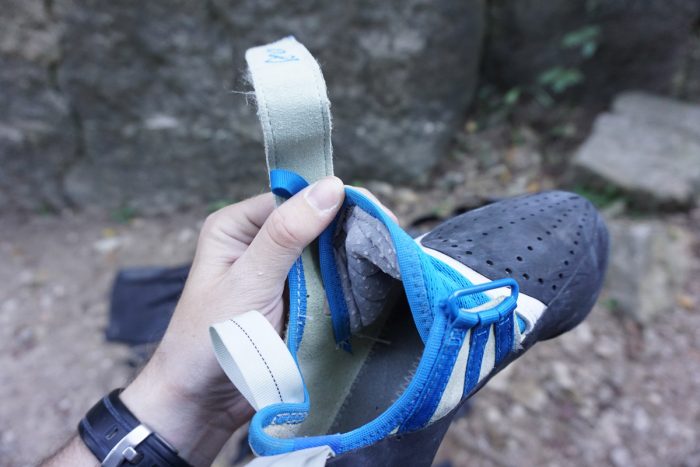 The Acro has unlined leather everywhere except the top of the toe box and the tongue. The split-grain leather is super soft and felt great on my feet.

I liked the way Butora strategically mixed in some synthetic material. For example, the Blue (narrow) Acro has a polyurethane strip across the top of the toe box that keeps the shoe from stretching too much there.

Additionally, there is a synthetic liner in the toe box and protective Poron foam in the tongue, both help make the shoe more breathable. I’ve been testing them several days a week for five months and they still don’t smell at all!

There’s plenty of rubber on this shoe which makes both toe and heel hooks feel super solid. According to the brand, “The Acro has one of the largest toe rubber surfaces of any down cambered shoe on the market.” 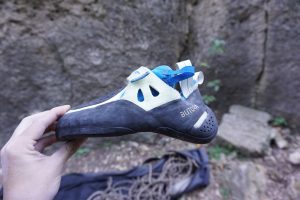 The proprietary Neo Friction rubber is applied using a heat molding process. This is supposed to fully bond the rubber to the shoe and reduce delamination.

I have noticed there is considerably less visible glue on the outside of the shoe than others I’ve tested. Throughout my five-month test, these shoes held up well to days of abuse at the crag and in the gym.

The Acro has great edging. I can stand on tiny holds and still find purchase. In a head-to-head with other similar-shaped shoes it was better than most in terms of smearing. Though, like all aggressive shoes, the smearing is lackluster compared with less downturned options. 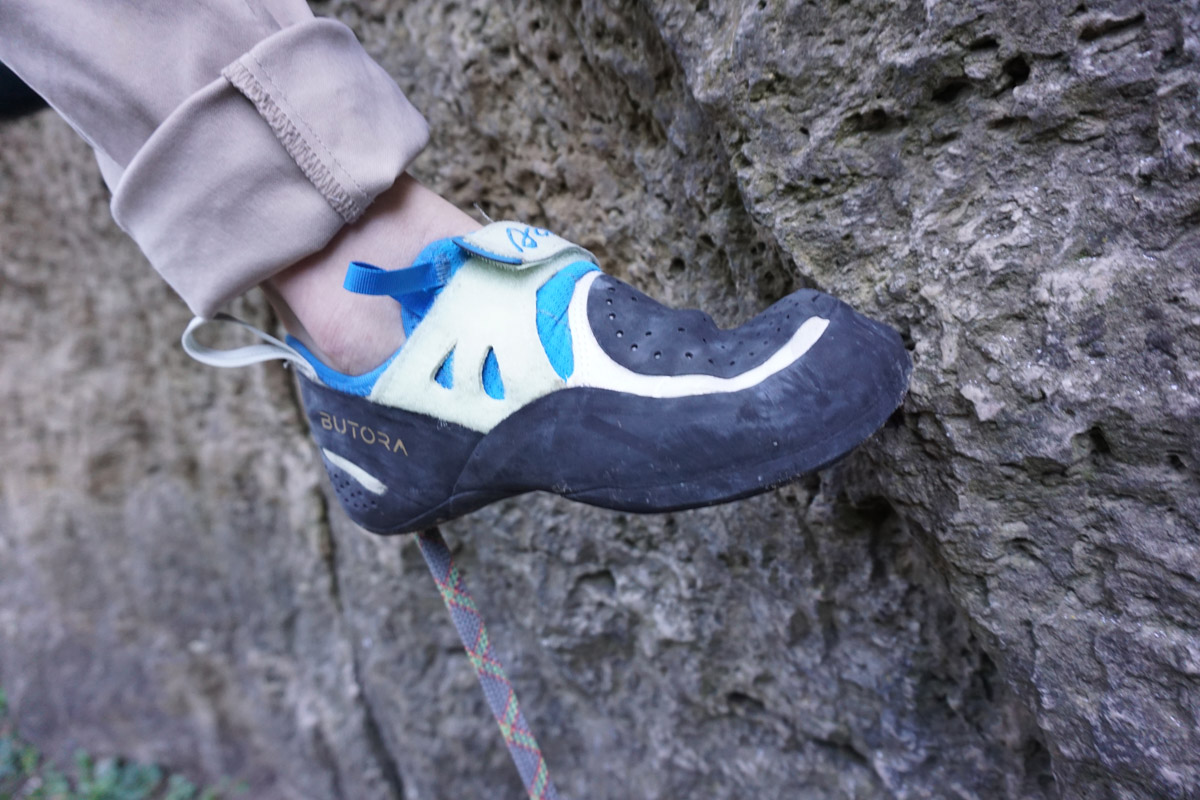 Who Should Buy It?

The Acro should be used by climbers looking to send hard problems and steep sport routes. They are $154, which is on par, if not a little below, other aggressive shoes out there.

These are my new send shoes. When I’m struggling on a climb, I swap to these shoes, and time and again they’ve helped me reach the top. I feel confident when they’re on my feet and I’ve been surprised more than once with what I’m been able to stand on and climb wearing them.

If used as intended — for hard boulder problems or short, steep sport climbs — these should serve you well and provide send after send. To date, I haven’t found a found a single thing I don’t like about the Acro and would recommend them to anyone looking for a downturned climbing shoe.

Saving…
One Man’s Method: High-Altitude Mountaineering to 5.13 Rock
Meet The Maker: Organic Climbing, Made In The USA
×