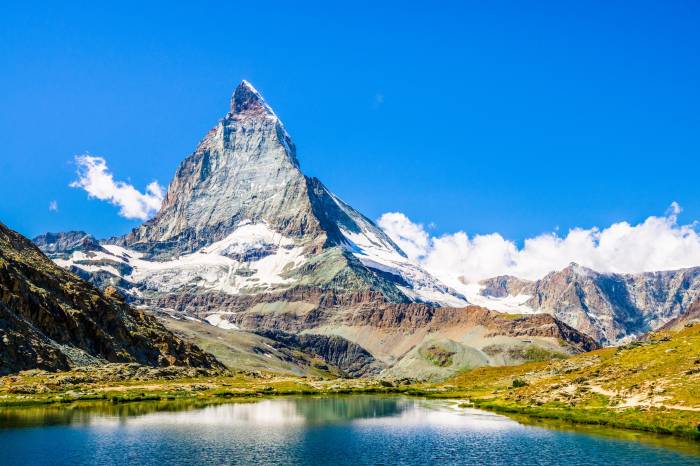 The iconic Matterhorn: closed to climbing; (photo/Jakl Lubos via Shutterstock)

The sweltering, dry conditions in the European Alps have turned glacier areas and classic routes into deadly traps.

While it’s virtually impossible to ban climbers from pursuing a summit, authorities and guides have had to make some tough recent decisions in the European Alps.

Headlines worldwide describe “closed mountains” this week as temperatures in the country soar, even at altitude. Officials have closed refuges, canceled guided trips, and strongly recommended that climbers don’t go on their own.

Classics Out of Reach

“Conditions are changing fast and not in a good way,” the High Mountain Office of Chamonix reported on July 20. Back then, most guiding companies refused to take clients up Mont Blanc. Meanwhile, because of open crevasses and constant rockfall, climbers turned around on dozens of other famous ascents, from the Aiguille Verte to the Grandes Jorasses.

Even the bergschrund at the base of the Aiguille du Midi opens wider daily. Although local conditions change almost daily, high temperatures have given no respite to an already-scorched Europe.

Last week, guides working on the Matterhorn (Cervino) between Switzerland and Italy and the Jungfrau at the Swiss Oberland decided to stop guiding these classic peaks as well, Barrabes.com reported.

Guided trips canceled include those to the following: 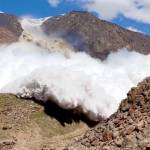 If you have avalanche footie more epic than this, we want to see it. (But we doubt you do.) Read more…

Nothing has improved since the decision came down a week ago. It’s another blow to the guides and outfitters after 2 years of COVID restrictions.

Meanwhile, some guides are using ingenuity to give clients safer alternatives. For example, Pierrick Fine chose an old secondary route to France’s Dome de Neige des Ecrins. The once-straightforward line over a snowfield is now a trickly zigzag among crevasses and seracs.

Instead, Fine opted for a route that had not been used for the last 10 years, across rocky terrain up the northeast ridge of neighboring Barre Noire.

Officials Urge Caution for Glacier Travel in the European Alps

Even if temperatures finally moderate, conditions throughout the alpine will remain dicey and need careful assessment. Even rocky areas near the glaciers frequently slide now. The permafrost is melting, and the scree may slough off, destabilizing entire slopes and exposing the fossil ice below.

For updates, contact the mountain huts and guiding offices. The final decision lies with the climber, but be warned that formerly easy routes may now involve severe exposure.

Finally, consider your travel insurance policy: it might not cover accidents if someone ventures into an area against the authorities’ advice. 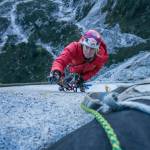 Insurance provider Spot gives athletes, travelers, and adventurers $20,000 of accident coverage with no deductible for $20 a month. Read more…