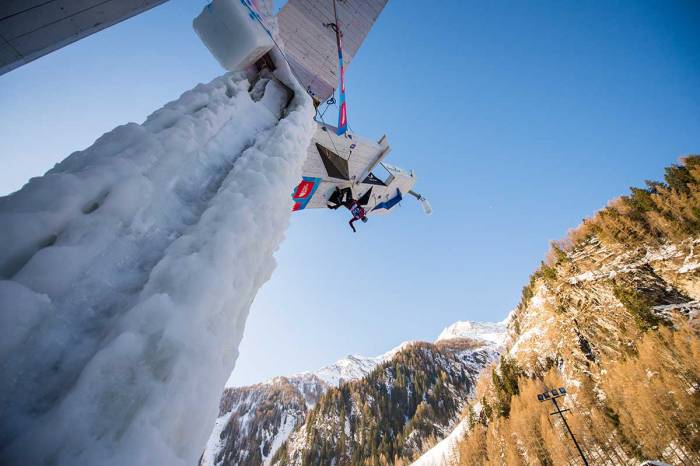 It may be a big city, but Denver will soon become the newest ice climbing destination in North America. The 2018/2019 UIAA World Cup Ice Climbing tour schedule was announced today, with the final stop in Colorado’s capital city.

Next February, more than 200 athletes from 26 countries will convene in Denver to compete in lead and speed ice climbing. Athletes will ascend vertical and overhanging ice formations right in downtown Denver’s Civic Center Park.

The World Cup consists of six events. Five of those six will be held outside the United States.

“We are proud to support our U.S. ice climbing athletes and bring this impressive event to downtown Denver,” said Phil Powers, CEO of the American Alpine Club, host of next year’s event.

“The stamina, skill, and seeming impossibility of it all makes for an outstanding spectator experience. They’re up there doing crazy moves, wielding sharp tools, and they hang on forever,” said Powers.

For those that haven’t seen, competitive ice climbing is insane!

Climbers perform gymnastic moves that seem impossible on ice. Watch the video below for a taste of the UIAA Ice Climbing World Cup.

The lead climbing discipline involves technical moves and crazy muscle endurance. Speed climbing is more of a vertical sprint, with climbers moving as fast as they can up a vertical column of ice.

Qualifying rounds for next year’s UIAA World Cup Ice Climbing event will be held on February 23, with the semi-finals and finals on February 24. The event is free to watch and open to the public.

Up Next: The Best Conservation Program You Never Heard of Nears End