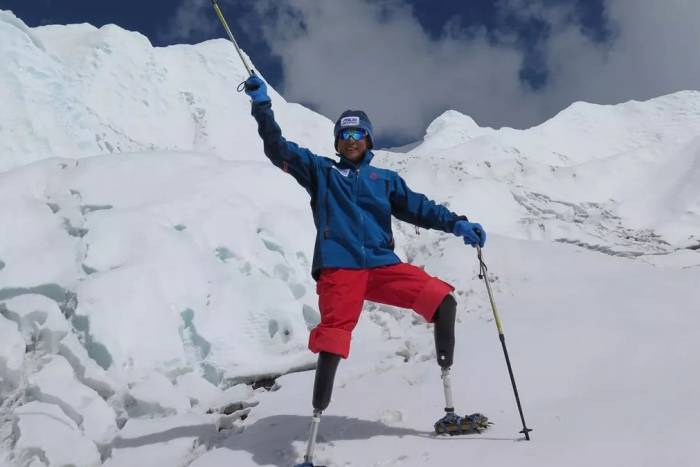 Most ascents by a female, most ascents by a male, the first double-amputee to summit the south side, and more – 2018 will go down as one of the most successful years ever on Mt. Everest. 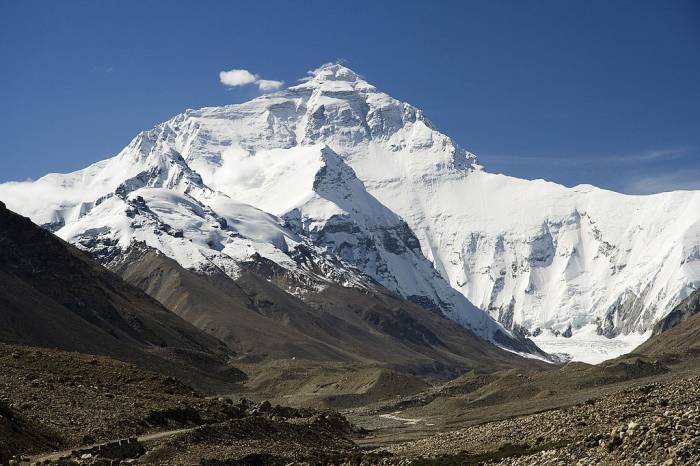 There is no doubt that 2018 was a record-breaking year on Everest. Thanks to an unusually long weather window, climbers had unprecedented access to the top of the mountain. This, in turn, brought a new record for the most summits in a single season.

It also allowed a number of individuals to set new records of their own in what is likely to go down as the most successful season in the history of Himalayan climbing. 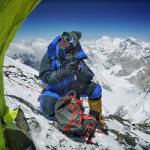 Everest: Past, Present, and Future With Adrian Ballinger

The renowned mountaineer told us about a future train and hotel on Mount Everest, the reason he sleeps in a tent at home, and why he doesn't remember climbing the world's highest summit. Read more…

Everest chronicler Alan Arnette estimates the number of successful summits from both sides of the mountain this year came in at around 715. If that number turns out to be accurate, it will easily smash the previous record of 667 set in 2013. About 476 of 2018 summits came from the Nepali side of the mountain, while the remaining 239 were made from the north side in Tibet. 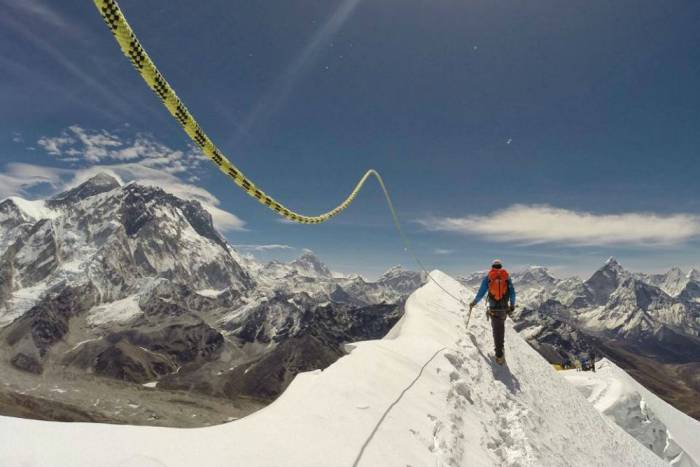 This high level of success is due in no small part to the unusually long and stable weather window that hit Everest this spring. On May 13, the Sherpa team charged with installing fixed lines to the summit were able to complete their work, opening the door for other climbers to follow suit.

But rather than just having a three- or four-day weather window to reach the summit, as is often the case, the mountaineering teams had a stretch of 11 days to complete their climbs. That brought far less crowding on the summit itself and eliminated traffic jams on both sides of the mountain.

The current state of the Hillary Step on the south side of Everest also contributed to fewer traffic jams. The status of the iconic rock face that long marked the final obstacle on the way to the summit had been debated over the past few years, with some climbers indicating that the terrain on the Step was altered by the 2015 earthquake in Nepal.

This season left little doubt that the Hillary Step is no more, having shifted into a much safer and easier slope that can be ascended much more quickly. This eliminated one of the common bottlenecks along the South Col route, making it much easier to go up to the summit and descend back down.

The spring 2018 Everest climbing season won’t just be remembered for its record number of summits. It was also the season that saw 70-year-old Xia Boyu become the first double-amputee to reach the top from the south side of the mountain. 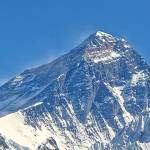 Kami Rita Sherpa and Lhakpa Sherpa each look to set ascent records on Mt. Everest this year. Kami for the most ever ascents, and Lhakpa for the most summits by a woman. Read more…

We also saw Lhakpa Sherpa make her ninth successful summit, extending her record for female climbers. Similarly, Kami Rita Sherpa also made his 22nd trip to the summit, allowing him to stand alone as the record-holder for most successful climbs of Everest. Meanwhile, British mountaineer Kenton Cool made his 13th visit to the top, extending his record for most climbs by anyone from the U.K.

As if those records weren’t impressive enough, 28-year-old Nepali woman Nima Jangmu Sherpa was able to pull off a rare Himalayan triple-header this year. She climbed Lhotse on April 29, summited Everest on May 14, and added Kangchenjunga to her resume on May 23. That means over the course of about 25 days, she was able to summit the first-, third-, and fourth-highest mountains on the planet.

Lhakpa Sherpa. She is a goddess-of-the-skies. ‘Everest is just a speed bump in comparison to all other things she has had to overcome in life’ Expeditions with purpose. I namaste her. Paying homage. my Nepali love. stories to identify to. goddess of the sky movies. strong women. A goddess on mother goddess. #goddessofthesky #everest #lhakpasherpa

Climbers Matt Moniz and Willie Benegas were able to complete the Everest-Lhotse double-header of their own, but not before inciting a bit of controversy along the way. During an acclimatization hike up to Camp 3 on the Nepali side of the mountain, the duo put on their skis and made a ski descent of the Lhotse Face.

Unfortunately, they didn’t have a ski permit, which caused Nepali officials to threaten to cancel their climbing permit altogether. More than 150 mountaineers signed a letter of support for Moniz and Benegas, however, and they eventually received the go-ahead to climb.

After paying for the ski permit, they managed to bag both summits on May 20 and 21.

Sadly, the season wasn’t without its tragedies. There were five confirmed deaths on Everest this season, including Japanese climber Nobukazu Kuriki. The 36-year-old alpinist had been a staple on the mountain the past few years, making seven previous attempts to reach its summit.

Kuriki, who famously lost nine of his fingers to frostbite on Everest back in 2012, was descending from Camp 3 to Camp 2 when he went missing. He had been attempting the very difficult West Ridge solo and without oxygen. His body was later discovered by his support team, who believe that he succumbed to altitude sickness.

On Friday, the jet stream over Everest shifted back into place, bringing a change of weather and signaling the imminent arrival of the summer monsoon. That closed the unusually long weather window and sent the few remaining climbers left on the mountain home.