Ultralight packs and waterproof breathables are making sissies of us all. Climbing a mountain ain’t what it used to be. You know, like in the ’40s. 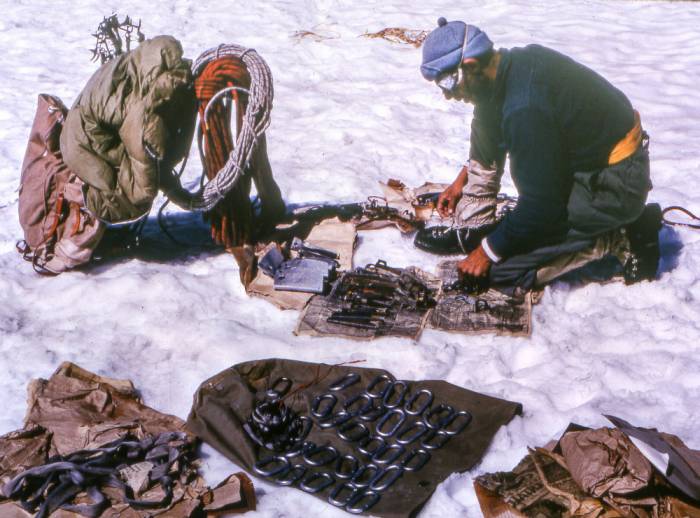 Dirtbag extraordinaire Fred Beckey broke the mold on first ascents among Americans. His tenacity, perseverance, and unwavering dedication to climbing made him as much an outcast as an icon.

But one trait he is to everyone who’s known him is tough. An upcoming documentary sheds light on the man who made seemingly impossible feats of his day seem ordinary.

And did he do it with carbon fiber poles, synthetic wicking base layers, or DWR rain shells? Heck no! We caught a peek at Beckey’s 1942 packing list for his famous second ascent of Mt. Waddington, which established him as a force in the climbing world. 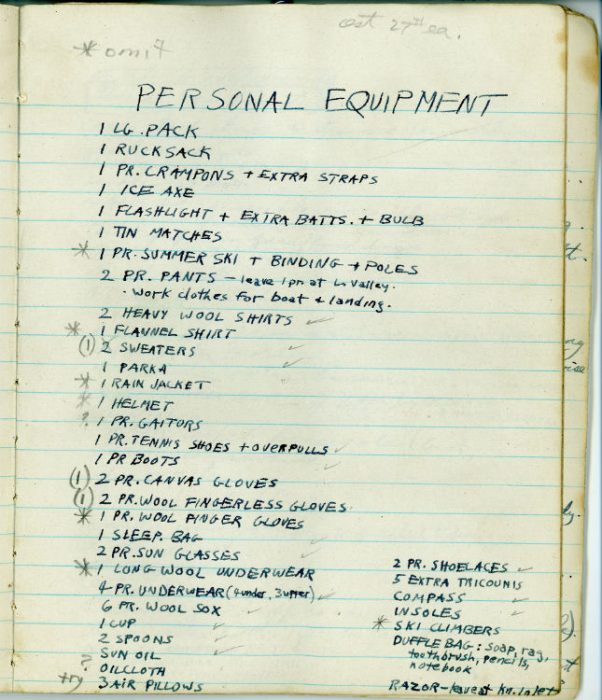 The first things that jump out are all the common sense items marked with an asterisk everyone would bring: skis, poles, wool underwear, helmet, rain jacket, a heavy flannel.

Beckey omitted these. This is probably because in 1942, wool underwear was heavy and helmets were essentially leather socks with a face hole.

In the future, no one would climb a mountain wet, cold, and without skull protection. Badass score: Fred Beckey – 1, Everyone else – 0.

The Same, But Different

When Fred and brother Helmy set out for Waddington’s summit, six years had passed since the first ascent. Many tried in the ensuing year, all failed. It was a near impossible ordeal.

Yet somehow, the brothers tackled the British Columbia 13er with an unyielding will that set the rest of the climbing world on notice.

Beckey packed what many climbers today would pack for a Waddington ascent: ice axe, parka, compass, and crampons.

But even the gear that carries over to today is a far cry from what Beckey actually used. Today, The North Face Himalayan Parka keeps climbers warm with 800-fill down, welded baffles, adjustable hoods, and of course DWR shells.

If you Google, “1940s Mountaineering Parka,” you see something the military used called a “heavy smock.” And that’s exactly what it looks like, a tattered canvas sheet with buckles on it. No word on the DWR.

The ice axe, too. On the left is REI’s most budget-friendly axe, the Black Diamond Raven. It has a lightweight aluminum handle, serrated teeth, and a “comfortable, ergonomic hand platform.” 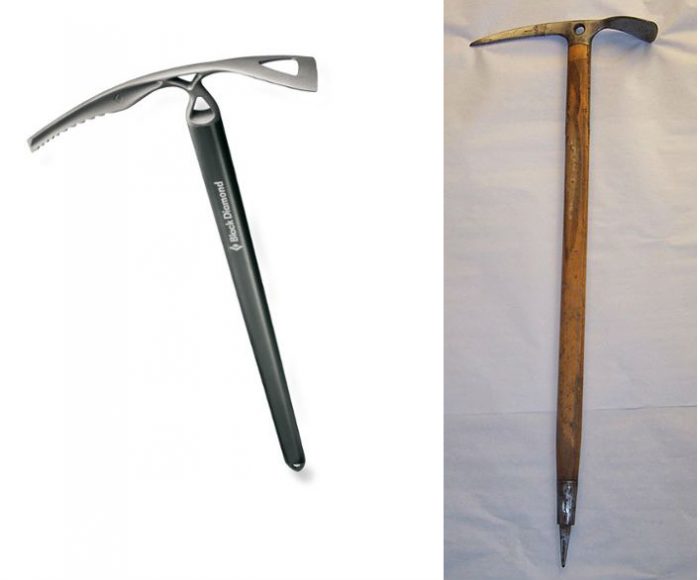 On the right, a Stubai ice axe from the mid-’70s, 30 years after anything Beckey would have used. It has no teeth, a chewed up heavy wooden handle and is about as ergonomic as a baseball bat.

Beckey’s list also contains a few curious items that he brought in lieu of gear that was still decades from being conceived.

The flashlight for example. Obviously, an adjustable headlamp would be far preferable to keep your hands free. But being the tough old school son of a gun he was, Beckey carried his flashlight with one hand and probably wrestled saber-toothed tigers with the other.

Plus, in 1942, batteries were a different beast altogether. Rechargeable was not even a word, and batteries only came in one size: extremely freaking huge.

Another novelty on the list is “sun oil.” No, Beckey was not working on his beach bod during the climb, sun oil was the best the ’40s could do to prevent sunburn. It was an early precursor to what would eventually become the first product from Coppertone.

Even if we were to pretend Beckey’s gear performed like today’s gear, you respect the muscle it took to get that pack onto his back -not to mention up the mountain.

Beckey told The Mountaineers his pack for the 1942 summit of Waddington was an astonishing 70 pounds. That’s at least a third of most modern climbers’ bodyweight.

If a 2016 mountaineer embarked on a Waddington ascent, they would have to pack their grandmother’s sewing machine, a fire hose, and a collection of moon rocks to match Beckey’s pack load.

And if you still don’t think Beckey was tougher than all of us combined, remember that he made the historic second ascent at 19 years old.