Nirmal ‘Nims’ Purja has set an unprecedented record in the world of high-altitude mountaineering as he pursues the audacious goal of climbing all 8,000m peaks in one year.

Purja, the former Gurkha soldier attempting to climb all 14 of the world’s 8,000m peaks in a single year, has passed another milestone on his way to achieving that goal. 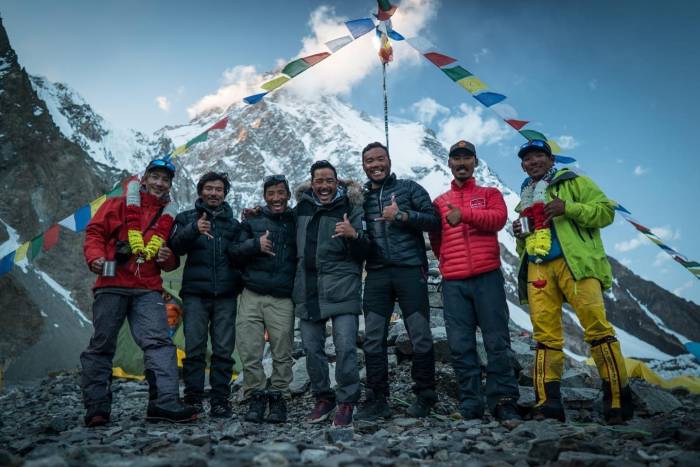 After spending the entire month of July in the Karakoram and Himalaya ranges in Pakistan, he has now added five more of those peaks to his resume. Phase 2 of his Project Possible expedition is now complete.

When last we checked in with Purja, he had just wrapped up a very successful spring climbing season in Nepal. In April and May of 2019, the Nepali alpinist set a record by summiting six 8,000m peaks in a month. Those mountains included Everest, Lhotse, Kangchenjunga, Annapurna, Dhaulagiri, and Makalu.

Along the way, Purja also played a pivotal role in two separate high-altitude rescue operations. He was also part of the rope-fixing team on three of those mountains. 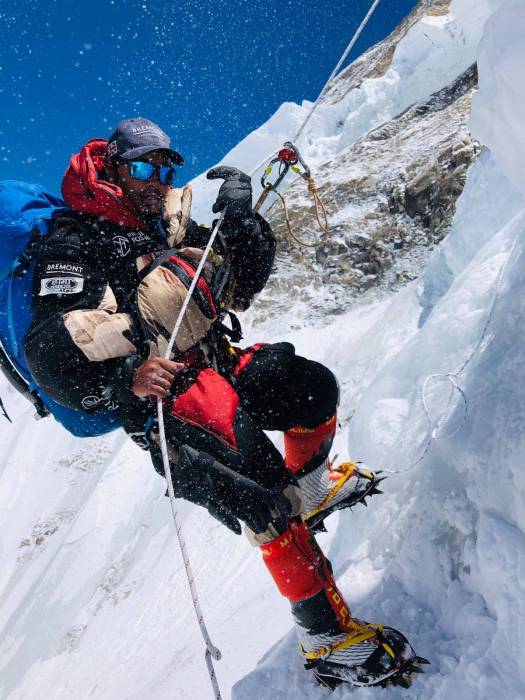 As incredible as that performance was, Purja’s second act may have been even more impressive. After arriving in Pakistan in late June, he was able to quickly acclimatize and systematically summit five more 8,000m mountains.

Those summits were Nanga Parbat on July 3, Gasherbrum I on July 15, Gasherbrum II on July 18, K2 on July 24, and Broad Peak on July 26. That means he has now successfully climbed 11 8,000m peaks in the span of about 4 months. This kind of feat takes other strong mountaineers years to accomplish.

The summer climbing season wasn’t without its challenges. Once again, Purja led the rope-fixing team on Nanga Parbat. The effort opened the route for other teams to follow.

After he left that mountain, however, he and his team had to trek to Gasherbrum base camp without the assistance of porters. They covered a distance in 3 days that typically takes 8.

And when most K2 teams turned back due to deep snow and dangerous avalanche conditions, he installed lines to the summit on that mountain too. That involved breaking trail through chest-deep snow, which is exhausting work at 27,000-plus feet.

Those efforts allowed a handful of commercial climbers who had stuck it out in base camp to summit the mountain the following day as well, salvaging their summer season.

So far, it seems Purja’s biggest challenges have been in the area of fundraising. In order to put these expeditions together, he had to mortgage his house and launch a GoFundMe page to help pull in some extra cash.

Despite those efforts, however, at one point it looked like he would have to delay Phase 2 due to lack of money. Fortunately, two new sponsors — Bremont Watch Company and Osprey Europe — came along at the last minute. They helped salvage the project, which allowed Purja to go to Pakistan for the summer climbing season.

A successful expedition to the Karakoram is now behind Purja. Now, he can return home and rest up before launching Phase 3 of the project. Phase 3 is scheduled to take place in Nepal and Tibet later this fall starting sometime around mid-September.

When he returns to the Himalayas, Purja aims to complete his quest by summiting Makalu, Cho Oyu, and Shishpangma. And while there’s no such thing as an “easy” 8,000m mountain, the three remaining peaks are traditionally less difficult and technically demanding than the others he has already completed.

If Phase 3 proves to be a success, Purja will have effectively rewritten the record books when it comes to climbing these 14 mountains. Korean climber Kim Chang-ho set the previous fastest-recorded time for scaling these peaks in 2013. It took him 7 years, 10 months, 6 days to climb them all. But Purja could possibly do it in just 7 months.

You can follow Purja’s progress on his Facebook page, where he posts regular updates and images from the mountains.

Saving…
Woman Sends ‘Lightning Ascent’ of Mount Everest: San Fran to Summit in 2 Weeks
Take a Break With This Killer Timelapse of the French Alps
×